The Hunt series by Andrew Fukuda is one I want to check out soon, especially with the second book The Prey hitting stores soon. This dystopian vampire series sounds dark and suspenseful, and with actual creepy, scary vampires. Have you read The Hunt yet – is it one to read during daytime hours only?

Read about the first two books of the trilogy below, check out the book trailer, and enter to win a set of books!

Here’s a little about The Prey, book two of The Hunt trilogy: 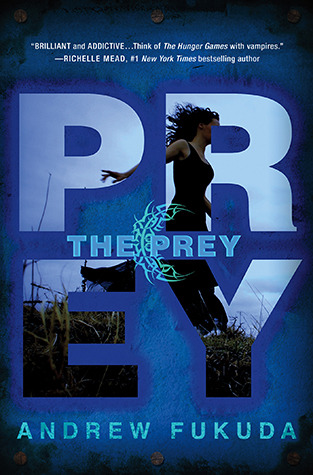 With death only a heartbeat away, Gene and the remaining humans must find a way to survive long enough to escape the hungry predators chasing them through the night.  But they’re not the only things following Gene.  He’s haunted by Ashley June who he left behind, and his burgeoning feelings for Sissy, the human girl at his side.

Their escape takes them to a refuge of humans living high in the mountains.  Gene and his friends think they’re finally safe, but not everything here is as it seems.  And before long, Gene must ask himself if the new world they’ve entered is just as evil as the one they left behind.  As their enemies close in on them and push Gene and Sissy closer, one thing becomes painfully clear: all they have is each other…if they can stay alive. 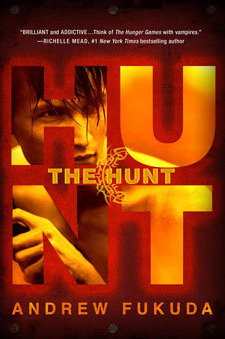 And The Hunt, book one:

Gene is different from everyone else around him.  He can’t run with lightning speed, sunlight doesn’t hurt him and he doesn’t have an unquenchable lust for blood.  Gene is a human, and he knows the rules.  Keep the truth a secret.  It’s the only way to stay alive in a world of night—a world where humans are considered a delicacy and hunted for their blood.

When he’s chosen for a once in a lifetime opportunity to hunt the last remaining humans, Gene’s carefully constructed life begins to crumble around him.  He’s thrust into the path of a girl who makes him feel things he never thought possible—and into a ruthless pack of hunters whose suspicions about his true nature are growing. Now that Gene has finally found something worth fighting for, his need to survive is stronger than ever—but is it worth the cost of his humanity?

Find out a lot more about the books on the official site of The Hunt series, where you can read samples of both books.

The Prey is on sale January 29th, and The Hunt is available in paperback now.

Congrats to Brooke who won copies of The Prey and The Hunt. Yay!

Top Ten Verse Novels On My TBR
A November to Remember -The Vincent Boys Blog Tour & Giveaway
End of Year Reading Goals
The Movie Date: If I Stay

3 thoughts on “The Hunt Series: The Prey is Coming Your Way”