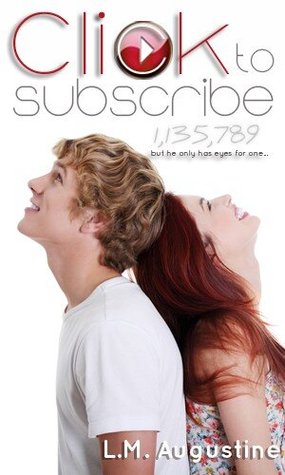 1,135,789. That’s how many subscribers sixteen-year-old West Ryder has on his web vlog series. But he only has eyes for one of them.

As one of the internet’s most prestigious video bloggers, West talks about high school relationships under the name “Sam Green.” As far as he knows, no one from school, not even his best friend, Cat, has seen his videos. But the highlight of the whole thing is Harper Knight, who comments every day at exactly 2:02 in the afternoon. He doesn’t know anything about her aside from the occasional deep philosophical messaging on why pizza tastes so delicious, but as stupid as it sounds, he might be falling for her. So when they finally agree to meet in real life, West’s hope for romance seems more and more in reach. But that all changes as soon as he arrives at their meeting spot and sees Cat walking toward him, wearing the same “I <3 Sam Green” T-shirt Harper promised she’d have on.

To his alarm, West realizes he is falling in love with the best friend who has always been a sister to him.

Click to Subscribe is such a fun comfort read, perfect when you’re looking for something light.  What intrigued me about it first of all was that it’s about someone who has a vlog. I think that’s such a unique set up for the story. The vlog helps West when he’s having a tough time in his personal life and also is the catalyst for romance with one of his vlog followers.

This book has a male POV only, which is kind of refreshing when the trend is dual POV. West has a fresh voice and is an interesting character. I couldn’t imagine how someone who’s such a popular vlogger, even though he has a pseudonym (Sam Green), could be anonymous at school. It’s like he lives a double life. West is a nice guy, a little clueless at times, but endearing. And he bakes a mean birthday cake!

West has a best friend named Cat who totally gets him and has his back. She is fun-loving, snarky and awkward in a good way. They can be silly together, fight, laugh, eat ice cream and pizza endlessly and talk about the tough stuff. They call each other out on their bullshit, and converse like only best friends do. But what happens to the friendship when Cat wants to take it to the next level?

Though the tone of the book is overall quick and fluffy, there is some sorrow in West’s life. The vlog is therapeutic for West, who recently lost his mom. West’s family life is problematic; his dad is a mess and not really there for him. The vlog helps keep West busy and is a safe place to get his thoughts out there. West relies so much on Cat’s friendship I can understand his hesitation to add romance to the mix, even though the reader can see they’re perfect for each other.

Augustine inserts some fun into the story with haiku email exchanges, emoticons, and Harry Potter and Star Wars references. And the junk food! West and Cat are a pair of sugar addicts – best to keep some ice cream with rainbow sprinkles handy when you read this one.

This book is a quick read at just over 250 pages, but it doesn’t feel rushed at all. It’s a fun and relatable book about friendships and life. I could feel the chemistry between the characters and enjoyed watching the friendship evolve.  Click to Subscribe gave me the warm fuzzies and is an entertaining debut.

L.M. Augustine is a YA romance author who is obsessed with writing about dorky teenagers, love, and happy endings. He currently lives in New England, where he spends far too much time reading books and screaming at his computer, and he believes that the solution to the world’s problems can be found in chocolate cake. Click To Subscribe is his first novel, but it won’t be his last.

Giveaway! Enter the rafflecopter giveaway for a chance to win an e-book of your choice and a $10 Amazon gift card.

In the Pleasure Groove: Love, Death & Duran Duran by John Taylor Audiobook Review
Waiting On The Geography of You and Me by Jennifer E. Smith
If I Should Die by Amy Plum Audiobook Review
Trick or Treat Deals for your Kindle
Coming Out Soon: LGBT YA 2014 – Fall/Winter