I’m excited to welcome author Karice Bolton to the blog today. Karice is the author of a New Adult paranormal series centered around witches called Witch Avenue, and she also has a current YA book out called The Camp. I’m a big fan of NA, but haven’t read a lot of Paranormal NA, so I asked if she could talk a little about the genre with us.

And hey, don’t forget to pick up an ebook of Lonely Souls, the first book in the Witch Avenue series. It’s FREE for kindle right now! And The Camp is Karice’s newest YA release, and it’s only $0.99. 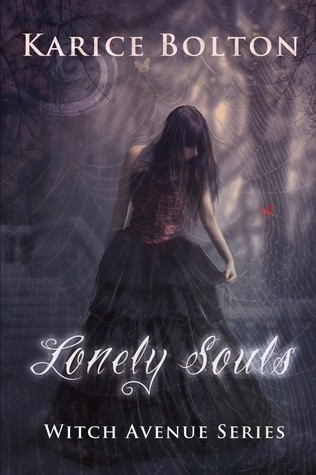 Devastated by the loss of her mother, Triss throws herself into uncovering clues surrounding her mother’s disappearance. When the Witch Avenue Coven turns their back on Triss, she realizes she’s caught in a world that is ruled by Lonely Souls. But who is controlling them?

Recognizing the herbal lore she grew up learning will do little to fight against the underworld, she is relieved when her best friend from childhood, Logan, returns to help her find answers. When they begin uncovering secrets from her family’s past, she learns her mother might not have been the only target.

But as Triss falls deeply for Logan, she discovers her family isn’t the only one with secrets and his may be deadly. 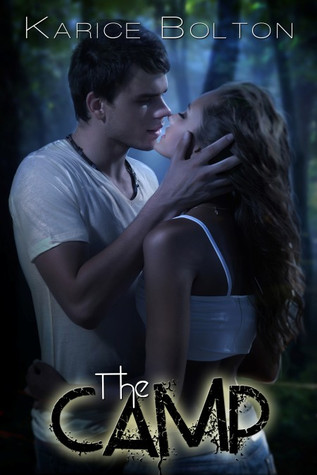 Emma has always tried to be perfect in her almost eighteen years of existence, but it has never been good enough. As she finds herself counting the days until she’s officially free from her parents’ reins, her stepfather hands her a plane ticket explaining that she must attend the Re-Boot Camp in the wilds of Alaska.

Once she lands in the middle of nowhere, she realizes the camp is nothing like she imagined, and she wants out immediately. That is until she meets Liam.

The camp is full of teens with dark pasts, but she finds herself drawn to Liam’s ability to see who she really is and who she wants to become. While Emma and Liam begin adjusting to a place neither wants to be, frightening events begin to unfold. When people begin disappearing, it becomes apparent they can only trust one another as they fight for survival.

Welcome, Karice! Thanks for talking to us about the world of Paranormal NA today!

Thank you so much for having me on the Reading Date to discuss NA paranormal!! A big hi *waves* to everyone! New Adult paranormal is a genre that is definitely finding its way in the reading world, and I’m excited to be a part of it as it grows.

The first New Adult paranormal romance series I wrote was The Watchers Trilogy (Awakening, Legions, and Cataclysm). Since the characters were a little older than typical YA, it allowed more freedom to explore emotions and situations that the 18+ crowd might experience. And if I wanted the characters to sit in a pub and have a beer, it wasn’t like the end of the world, which was nice!

I think what’s awesome about New Adult is that the stakes are often raised because the characters are free from the constraints that an existing parental unit creates. The age still provides ample opportunity for exploring new experiences and allowing the characters to evolve, which is really fun to write about. The freshness of Young Adult life can be captured during this age, while tackling a wide range of subject matter. Add in paranormal and the sky is the limit! Angels, Witches, or Fairies just make it even more magical.

These aren’t necessarily New Adult and/or paranormal, but some books that I’ve recently read and enjoyed are On Dublin Street by S. Young, Julie Kagawa’s The Immortal Rules, Gone Girl by Gillian Flynn, Some Girls Bite by Chloe Neill, and Tempting the Best Man by J. Lynn. Super fun reads for the summer!

Oh, I loved Gone Girl and On Dublin Street. Thanks for the great recs! I agree that the 18+age range does allow more freedom and variety for NA characters. I have my kindle loaded up with a few of your books and I’m looking forward to checking them out! 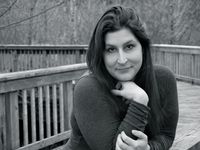 Karice married the love of her life who she met in high school, and she still can’t get over how cute and funny he is. They have two English Bulldogs that are the sweetest bullies in the world, and they use their cuteness to get what they want. Karice loves the snow and gravitates towards the stuff as often as possible! She enjoys skiing and tries really hard to snowboard, but often makes a nice little area to sit while everyone zips by on their board. She enjoys writing, and she also loves to read just about anything with print.
Find Karice on: Twitter | Facebook | Goodreads | Blog

Enter the Rafflecopter giveaway to win your choice of a Kindle Fire, Nook HD, or $100 gift card!

See what you missed and what’s coming up next on the Karice Bolton blog tour: