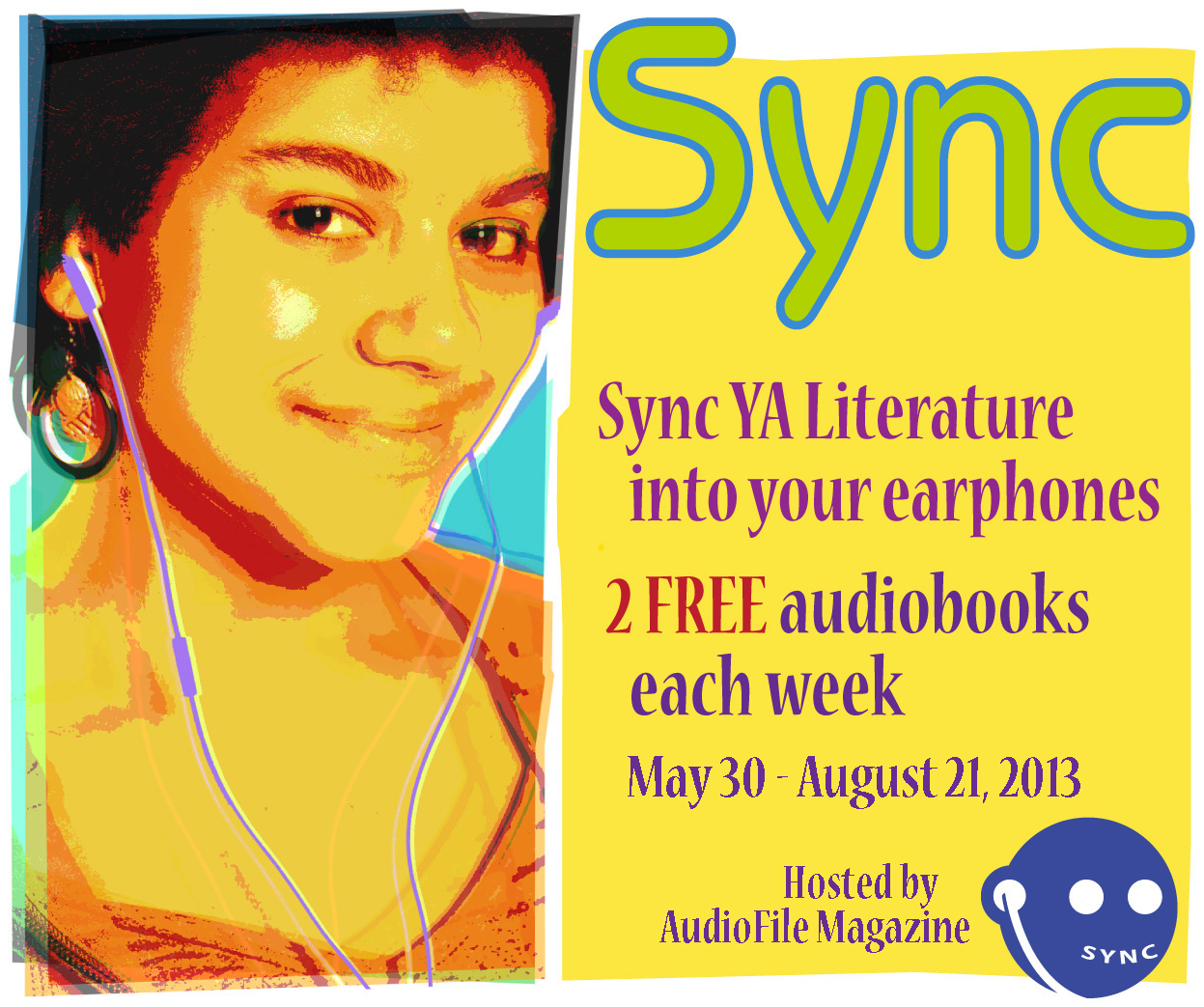 Attention audiobook fans! May 30th is the kick-off for SYNC Summer 2013! For the next 12 weeks SYNC offers 2 FREE YA and Classic audiobook downloads.

This is a wonderful program sponsored by Audiofile Magazine and the audiobook publishers to introduce the joys of listening to the YA audience.

The audiobooks are in MP3 format so they work for both Mac and PC. All you need is Overdrive Media Console to download and your favorite listening device. Each download will be available for 7 days so don’t miss out! After you download the audiobooks though you can listen to them at your leisure.

And many of the titles are available to international listeners – only 5* titles have international restrictions. Click here to find out more details about international availability by title.

Sign up for text alerts by texting syncya to 25827 to find out when the latest audiobooks are available. Read more about the program at SYNC.

May 30 – June 5, 2013
Of Poseidon by Anna Banks, read by Rebecca Gibel (AudioGO)*
The Tempest by William Shakespeare, read by a Full Cast (AudioGO)

July 4 – July 10, 2013
Carter Finally Gets It by Brent Crawford, read by Nick Podehl (Brilliance Audio)
She Stoops to Conquer by Oliver Goldsmith, read by a Full Cast (L.A. Theatre Works)

July 25 – July 31, 2013
The False Prince by Jennifer A. Nielsen, read by Charlie McWade (Scholastic Audiobooks)
The Prince and the Pauper by Mark Twain, read by Steve West (Blackstone Audio)