The Movie Date is a weekly feature where we discuss movies that may appeal to YA readers. Andrew is The Reading Date’s resident movie critic and this week he discusses The Way Way Back directed by Nat Faxon and Jim Rash from Fox Searchlight. 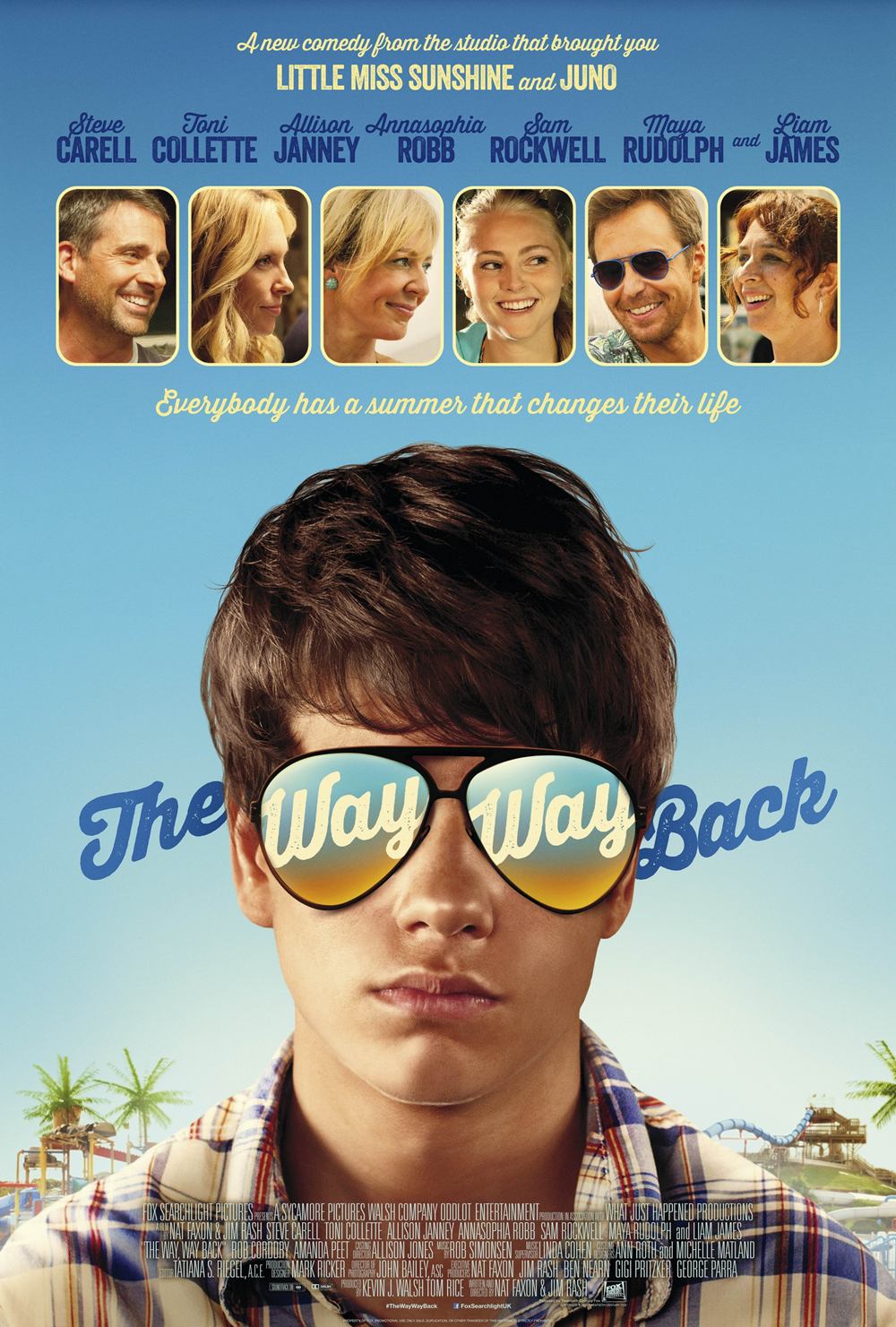 Coming of age is hard enough. But when you don’t have a decent role model to make adulthood look tolerable, it really sucks. Just ask fourteen-year-old Duncan (Liam James), a decent boy trying to have a normal summer vacation. His frazzled divorced mom (the still-underrated Toni Collette) is not much help, and her new boyfriend Trent (Steve Carell) has no respect for the boy, calling him a “three” on a ten scale of realized potential. As the three of them and Trent’s sulky teen daughter head off in Trent’s vintage 70s station wagon to a humdrum East Coast beach resort town, the tension is high.

When they arrive at Trent’s beach house, things get even worse. First, all the adult neighbors act like drunk, promiscuous college kids. Second, the town is caught in a serious time warp, specifically trapped in the 80s. A flirtatious neighbor (Amanda Peet) sings and dances to a Mr. Mister song, but firmly believes the lyrics are not “Kyrie Eleison” but “carry a laser,” because the band “likes space.” To clear his head, Duncan chills out with his mom’s iPod, but a pretty neighbor girl (AnnaSophia Robb, Bridge to Terabithia) catches him singing along to “Can’t Fight This Feeling,” and even she knows it’s REO Speedwagon. But she’s still interested in him, the new boy next door, and he’s certainly keen on her. Summer is looking up.

To escape the madness, Duncan borrows a very tiny, very pink bicycle and rides into town, where he learns where the local kids have been hiding: the Water Wizz theme park, built in the 80s and untouched since. Equally unmatured is park employee Owen (the affable Sam Rockwell), who’s worked there for ages, perhaps because the kids there don’t force him to grow up. But he has plenty to teach Duncan about girls, self-confidence, and life. And when Duncan eagerly accepts a job as a Water Wizz-er, that gives him all kinds of time with the role model he never knew he needed. (Rockwell’s mixture of sincerity and swagger brings to mind Bill Murray, especially that actor’s role in 1979’s Meatballs.)

Writer/director team Nat Faxon and Jim Rash also wrote the moving and witty George Clooney film The Descendants, and like that picture this is another tale of “hell in paradise.” But the tone is different; rather than the generally heavy mood of the Hawaii-based film, The Way Way Back is fairly lighthearted and plays squarely as a comedy. But the film has its tough moments too: when Duncan decides Trent isn’t worthy of dating his mother, he berates the man. This endangers their whole vacation, since he and his mother are Trent’s guests.

As you can see, the cast is tremendous, and I haven’t even mentioned Alison Janney and Rob Corddry as partying neighbors and Maya Rudolph as Owen’s long-suffering co-worker and sometime girlfriend. The writer/directors play eccentric and hilarious Water Wizz employees. This is a perfect summer movie: light and breezy, funny and joyous, sunny and splashy, yet with quite a bit on its mind too. The name, of course, comes from the very back seat in an old-school station wagon, the one facing the back window, one that’s initially a position of shame for Duncan but eventually becomes a place of pride.

The Way, Way Back opened July 5 in limited release, but hopefully will hit a theater near you soon.   It’s rated PG-13 and the running time is 103 min.

5 thoughts on “The Movie Date: The Way Way Back”