Mailbox Monday is a weekly event where we share our latest book arrivals. Link up and find new mailboxes to stalk at the Mailbox Monday blog! This week can be described in one word: Hot! It was in the 90s-100 degrees all week. Yesterday I spent the day at the LA Vegan Beer & Food Festival, which was big fun. But drinking and eating in the hot sun left me in no mood to blog so I’ve been a little quiet here this weekend. How was your week? 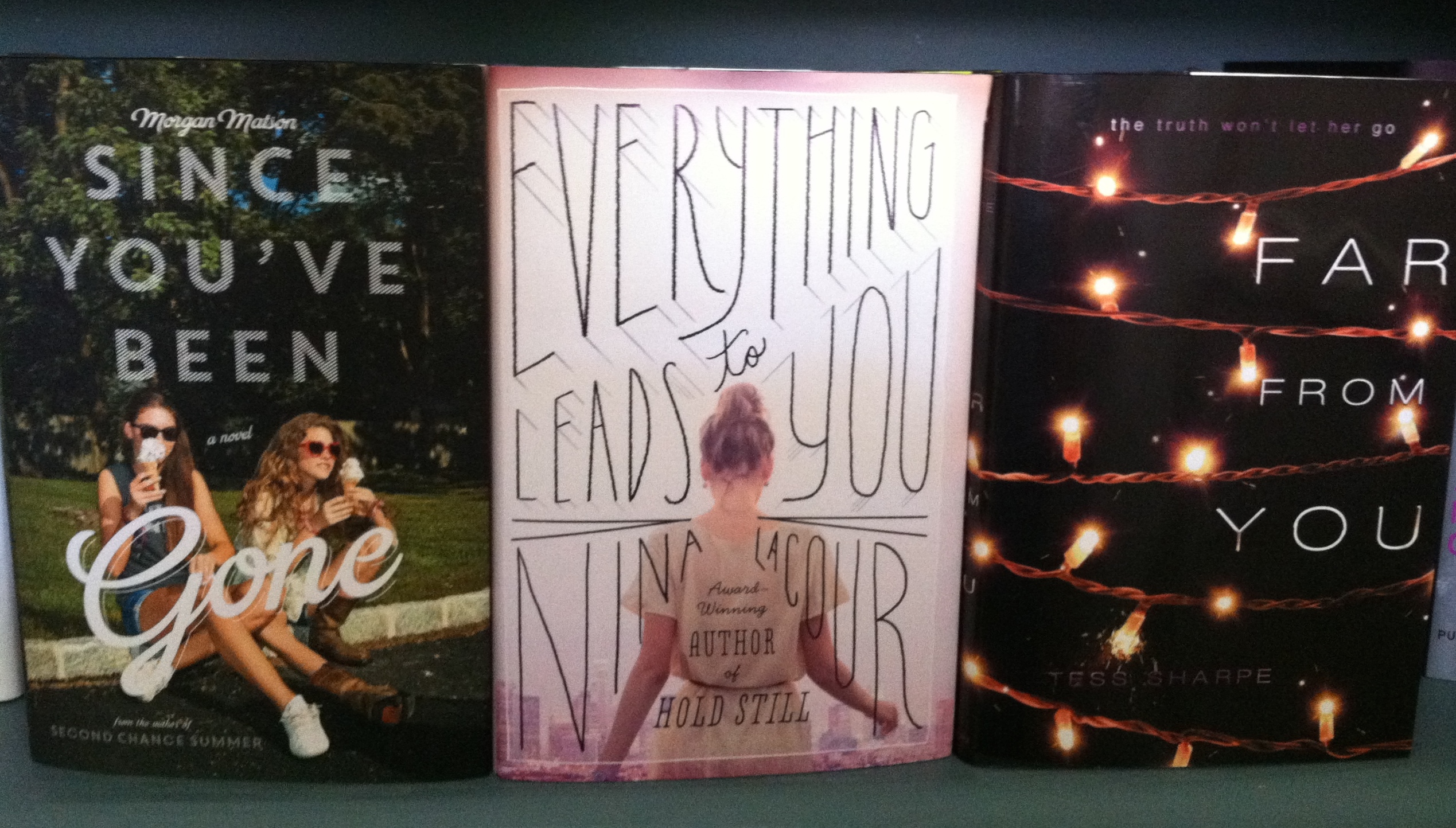 Everything Leads to You by Nina LaCour – This book gets 5 stars from me. All the stars! (Review later this week.) This book is about a young Hollywood set designer who falls for an up and coming actress with a mysterious past.

Since You’ve Been Gone by Morgan Matson -My next read, maybe? This is about a girl whose best friend leaves her a to-do list of thirteen unusual tasks to complete one summer.

Far From You by Tess Sharpe -This is a mystery that alternates between the past and present as you piece together a murder.

Sweet Filthy Boy by Christina Lauren, read by Shayna Thibodeaux – Such a great kickoff to a new contemporary romance series! It’s about a college graduate who meets a French guy in Vegas who invites her to spend the summer in Paris with him.

Only Everything by Kieran Scott, read by Rebekkah Ross – Greek mythology meets modern high school setting when Eros/Cupid is expelled from Olympus and has to play matchmaker for three couples without using magic.

Lies We Tell Ourselves by Robin Talley – This debut takes place in Virginia in 1959 and covers race relations and sexuality. Excited about this one!

The Good Girl by Mary Kubica – This is a mystery story with a supposedly big twist at the end! It’s about an abduction and extortion plot.

The Killer Next Door by Alex Marwood – This is a psychological thriller about six residents of a building, and one of them is a killer.

The Sound by Sarah Alderson -This mystery is about a British nanny who visits the Nantucket Sound for a quiet summer, only to be pulled into a deadly mystery.

Giveaway alert- While you’re here, be sure to check out my audiobook giveaway for The Snow Queen by Michael Cunningham, performed by Claire Danes. It’s open to everyone!