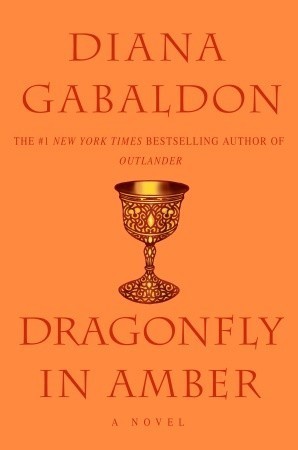 Saturday nights are not the same since Outlander went on hiatus. My plan for filling up the time until the series returns in April is to catch up on all 8 books in the series. I know I’m not alone in devouring this series- in the current NYT paperback mass-market bestseller list the first four books in the series all appear in the top twenty. Reading one book a month will make the time fly by, right?

These books are long, verra long indeed, and the audiobook of Outlander book two, Dragonfly in Amber, runs over 39 hours! Each book is like its own mini-series, and I think the phrase “these books are like crack” fits well here. I like that Diana Gabaldon just goes for it and adds so much historical detail to her epic time travel romance. You get your money’s worth with these audiobooks and I looked forward to the adventures of the Scottish hottie Jamie and the time-traveling Sassenach Claire. And look, there was a nod to Dragonfly in Amber in episode 8 Both Sides Now:

Since Dragonfly in Amber came out in 2001 I don’t know what I can really add to the conversation by reviewing it, though I’ll add some impressions. Let’s go with a (spoilerific) top 5 list:

1. Jesus H. Roosevelt Christ! This book starts off on a very ominous note with a flash-forward to Claire back in the present day. You may even think you’re reading the series out of order, but you’re not. What happened with Jamie back in the 18th century? So many things! But it will take some time to piece it all together. I got a little impatient at the beginning but soon I was absorbed in the story.

2. New characters! We meet Brianna Randall (Fraser) (Claire & Jamie’s 20 year old daughter!) and historian Roger Wakefield. They listen to Claire’s story about her time with Jamie and through these recollections we learn what the heck happened. These two characters have a smallish role in this book, though it looks like they will become major players later on.

3. Political intrigue, danger, and suspense! Jamie and Claire try to use what they know of the future to save Scotland from the war that threatens the lives of their clansmen. They make a great team as they play this dangerous game and try to gain allies. But can/should they change the past, and what are the consequences? Diana Gabaldon is a master storyteller and makes all the history so engrossing.

4. Claire & Jamie! They grow a lot as individuals and as a couple. They are better together and make each other stronger, and when things go wrong it’s usually when they are apart. They are both magnets for danger so there are many bumps in the road, though plenty of swoon-filled moments as well.

5. The audiobook! Davina Porter’s narration is again wonderful. Her performance is so steady and consistent, and her voice makes it easy to get lost in the story. There are a lot of different voices for Porter to convey and she is expert at making all the voices sound distinct. I was always surprised seeing the time fly by when I was listening.

Are you reading the Outlander books to tide you over until April? Here are some more ways to pass the time, courtesy of Starz: 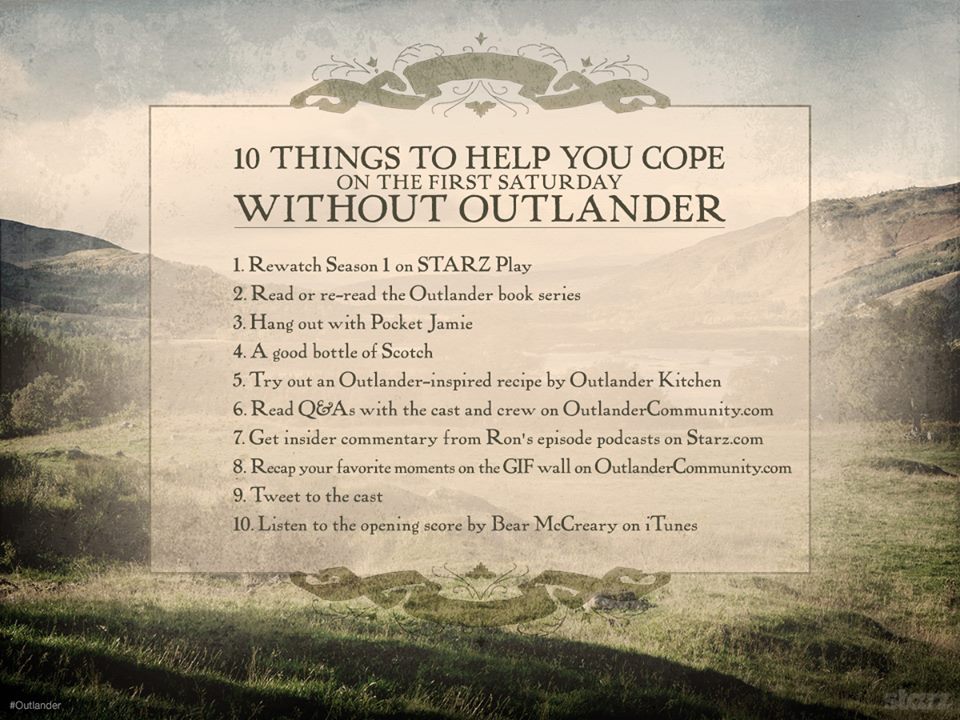 In the Band Audiobook Review

10 thoughts on “Dragonfly in Amber (Outlander #2) by Diana Gabaldon”