Wild is the third and final book in Sophie Jordan’s Ivy Chronicles series about three ivy league flatmates and their romantic escapades. Wild is on sale this week and I’m excited to tell you about it! 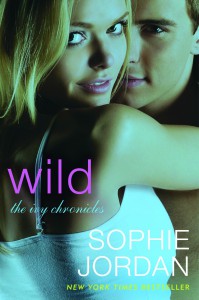 Months after her boyfriend dumped her, Georgia can still hear the insults he hurled at her. Boring. Predictable. Tame. Tired of feeling bad, she’s ready to change her image, and go a little wild. What better way to prove her ex wrong than a hot night of sexual adventure at the secret campus kink club?

In the shadowy den of the kink club, she unexpectedly runs into Logan Mulvaney, her friend’s little brother. A player extraordinaire too hot for his own good, he may be younger, but the guy is light years ahead when it comes to sexual experience. Now he’s telling her to go home—“good girls” don’t belong here!

Georgia is tired of having others define her. She’s going to teach Logan a lesson he won’t forget—one white hot, mind-wrecking kiss . . . that leads to another . . . and another . . . and. . . . Realizing she’s way in over her head, Georgia runs.

Only Logan won’t let her go. Everywhere she goes he’s there, making her want every inch of him. Making her forget who she is. Who he is. And just how wrong they are for each other.

Just when I found a new favorite New Adult author, this series has come to a close! Wild wraps up the Ivy Chronicles series beautifully and features a relationship between a “wild” guy and a “good” girl. Can they throw their labels out the window and see if they have something real?

In Wild, Georgia takes a walk on the wild side and enters a kink club to get over her ex. She meets Logan there, her friends’ younger brother, and these two have an instant attraction. The only problem is he is a little younger than her and isn’t the kind of guy her mom would approve of. But what does Georgia want?

Georgia cares about what people think, and does what is expected of her rather than what she wants. Her recent breakup though is causing her to take another look at her love life and career choices, but old habits die hard. She doesn’t start thinking for herself overnight.

Logan is a breath of fresh air for Georgia, but on paper he seems totally wrong for her. He’s just out of high school (He’s 18 and she’s 20) and has this wild reputation. What would her family and friends think? But Logan surprises her over and over and seems to be a better fit for her than the “perfect on paper” guys she normally dates.

This New Adult book has a lot of heat and a fast-paced story. Logan and Georgia have great chemistry and sizzle off the page. Their opposites attract pairing is a little unconventional and I found that refreshing. Their relationship takes some time to come together, but I enjoyed seeing them evolve as individuals in the meantime.

Wild is part of the Ivy Chronicles trilogy. You don’t have to read them in order (I still haven’t read book two, Tease, yet!) but since the characters overlap you’ll get more out of them by reading them in order. Can’t wait to read the next NA offering from Sophie Jordan. 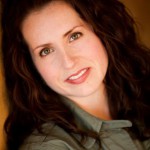 Sophie Jordan grew up in the Texas hill country where she wove fantasies of dragons, warriors, and princesses. A former high school English teacher, she’s also the New York Times and USA Today bestselling author of Avon historical romances. She now lives in Houston with her family. When she’s not writing, she spends her time overloading on caffeine (lattes and Diet cherry Coke preferred), talking plotlines with anyone who will listen (including her kids), and cramming her DVR with true-crime and reality-TV shows. Sophie also writes paranormal romances under the name Sharie Kohler.

Giveaway: Forever for a Year