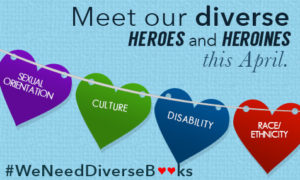 April is Celebrate Diversity Month and Entangled is celebrating by featuring diverse romance books with author chats, book spotlights and book discounts. One of the diverse titles in Entangled’s lineup is Sarah Nicolas’s Dragons are People, Too and I’m excited to welcome Sarah on the blog today.

About Dragons are People, Too: 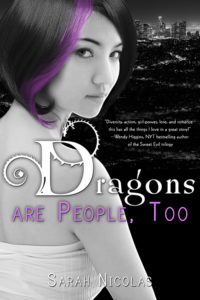 Never judge a dragon by her human cover…

Sixteen-year-old Kitty Lung has everyone convinced she’s a normal teen—not a secret government operative, not the one charged with protecting the president’s son, and certainly not a were-dragon. The only one she trusts with the truth is her best friend—and secret crush—the über-hot Bulisani Mathe.

Then a junior operative breaks Rule Number One by changing into his dragon form in public—on Kitty’s watch—and suddenly, the world knows. About dragons. About the Draconic Intelligence Command (DIC) Kitty works for. About Kitty herself.

Now the government is hunting down and incarcerating dragons to stop a public panic, and a new shape-shifting enemy has kidnapped the president’s son. Kitty and Bulisani are the last free dragons, wanted by both their allies and their enemies. If they can’t rescue the president’s son and liberate their fellow dragons before getting caught themselves, dragons might never live free again. 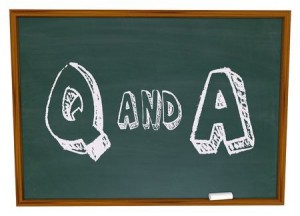 Dragons are People, Too is about Kitty, a sixteen-year-old Chinese dragon shapeshifter who works for the US’s Draconic Intelligence Command – or, as she likes to call it, DIC. In a single day, everything goes to hell.

What inspired you to write Dragons are People, Too?

I was querying another book and asked my best friend (who is an avid reader) for comp titles. She blurted, “Dragons are people, too!”
Me: I don’t think I know…
Her: I just made it up.Describe your book in a sentence or two.
Me: *thinking* I could write that….

That’s literally where it started. Then, I went into a dragon-research spiral.

What kind of research did you do to make sure your characters were authentic, and to create this fantasy world?

All kinds. First, I did research on different dragon myths from all over the world. Nearly every culture has their own dragon myth. I read dozens of books before choosing three to focus on and went from there. I twisted things only after knowing as much as I could find about those myths. Know the rules before you break them, as they say.

Kitty is a fifth-generation Chinese-American raised in a military environment. I was also raised in a military environment, though not exactly like Kitty’s, and this informs her character in a huge way. Due to the way she was raised, she is sadly ignorant of both Chinese and dragon culture. I mean, she speaks Mandarin, but she also speaks Spanish, Hindi, and Arabic. This is meant to be a bigger issue in the second book, to the point where it drives some of the plot. Though the story is not about their ethnic/cultural identities, I wanted to treat both Kitty’s and Sani’s (first-generation Ugandan-American) identities with as much respect and care as possible. I read countless first-person accounts of people from identical or very similar backgrounds. I employed my very best cyber-stalking skills to find blogs written by these people. Then, I asked friends and friends-of-friends as many questions as they would answer.

How does the diversity in the book relate to your life?

First, I must say, I am neither Chinese nor Ugandan. While the book isn’t about the MCs’ otherness as Chinese and Ugandan, it *is* a huge allegory about prejudice and fear of the unknown in the same way that the first three X-Men movies were, and that is something I know a little bit about. (See Why Are You Here? Guest Post by Sarah Nicolas)

What are some of your favorite fantasy books about diverse characters?

Ash by Malinda Lo is one of my most favorite books ever. I stood in line at RT for almost two hours (that was the line to check out) to get a signed copy even though I already had one at home. I recently enjoyed An Ember in the Ashes and The Wrath and the Dawn. Then there’s American Gods of course and I am so thrilled by the casting news for that series. Also there’s Cinder and Eon. Though it’s not YA and actually Sci-Fi, I also have to mention Vicious Circle by Elle E. Ire.

Thanks for sharing the background info on your book and your awesome book recs, Sarah!

Sarah is a 31-year-old YA author who currently lives in Orlando, FL. She believes that some boys are worth trusting, all girls have power, and dragons are people too.

She’s a proud member of the Gator Nation and has a BS in Mechanical Engineering, but has switched careers entirely. She now works as an Event Coordinator for a County Library. She also blogs at YAtopia.