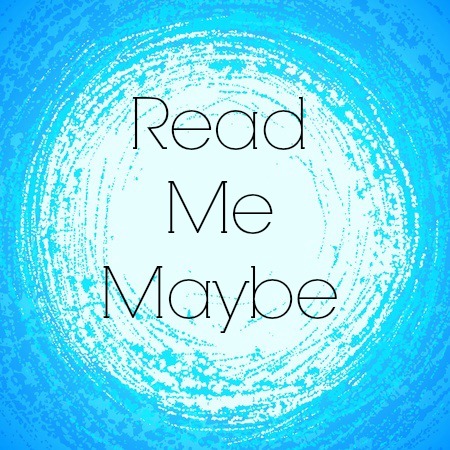 Happy May! Are your bookshelves ready for the onslaught of May book releases? The number of May books is staggering, and I still need to read a few more on my April list. Hopefully there will be time to catch up this summer. Here are twenty books to read in May if you’re so inclined:

The Only Thing Worse Than Me is You by Lily Anderson – May 17, St. Martin’s Griffin.  This Much Ado About Nothing retelling is so fun! It’s filled with nerd references and features an awesome frenemy-to-romance.

The Unexpected Everything by Morgan Matson – May 3, Simon & Schuster. A congressman’s daughter’s life changes overnight when her father is involved with a political scandal. And dogs and ice cream figure into it too so I’m sold!

Wanderlost by Jen Malone – May 31, HarperTeen. Aubree poses as her sister and leads a group of senior citizens on a European bus tour. What could go wrong?

Summer of Supernovas by Darcy Woods – May 10, Crown Books. Wil follows in her mother’s footsteps and lets the astrology chart rule her love life. But it’s complicated when she falls for a guy with the wrong sign.

The Season of You & Me by Robin Constantine – May 10, Balzer & Bray. Cass is nursing a broken heart and Bryan is adjusting to life in a wheelchair when they meet as summer camp counselors.

The Inside of Out by Jenn Marie Thorne – May 31, Dial. Described as “Stephanie Perkins and Meg Cabot meets Glee” this one is about love and friendship and wanting to be an LGBTQ ally but going about it the wrong way.

The Blood Between Us by Zac Brewer – May 3, HarperTeen. In this mystery, Adrian’s parents die in a fire and he leaves the sister he never got along with behind. Now they are back together at boarding school and Adrian has suspicions about his sister’s role in their parents’ death.

Highly Illogical Behavior by John Corey Whaley – May 10, Dial Books. This book deals with three teens – Solomon is agoraphobic and hasn’t left his house in three years, Lisa wants to help him (and use him as a case study to get into a psychology program) and her boyfriend Clark gets dragged along with this plan. Friendship drama ensues!

If I Was Your Girl by Meredith Russo – May 3, Flatiron Books. This debut is by a trans author, features a trans heroine and a trans cover model. Perfect timing for this book and it sounds like a hopeful and emotional romance.

Sweetbitter by Stephanie Danler – May 24, Knoph. Tess moves to New York looking for a new life. She finds a job at a Union Square restaurant as a backwaiter and a place to belong.

The Assistants by Camille Perri – May 3, G.P. Putnam’s Sons. A CEO’s assistant receives a sizeable sum in an accounting snafu. She uses the money to pay off student loans and becomes the office Robin Hood, championing the cause of other overworked/underpaid assistants.

June by Miranda Beverly-Whittemore – May 31, Crown. Cassie finds out she’s the sole heir to a Hollywood’s legend fortune- she looks to the past to find out what connection she or her grandmother had to the actor.

Girls on Fire by Robin Wasserman – May 17, Harper. Wasserman’s first book written for Adults is set in the early ’90s and is about love, violence and a toxic friendship.

Don’t You Cry by Mary Kubica – May 17, Mira. The Pretty Baby and The Good Girl author is back with a new mystery thriller. This one is dual pov and is about Quinn, a girl whose roommate goes missing, and Alex, a guy who falls for a new mysterious stranger.

Fly With Me by Chanel Cleeton – May 3, Berkley. The first book in the Wild Aces series is about a U.S. Air Force fighter pilot who meets a woman at a club in Vegas. Can their casual fling turn into something more?

Britt-Marie Was Here by Fredrik Backman  – May 3, Atria Books. I recently read Backman’s previous books and I’m hooked on his quirky, heartwarming stories. Britt-Marie is a character from My Grandmother Asked Me to Tell You She’s Sorry and in this book she’s left her husband and is starting over in a new town, and at age sixty-three becomes an unlikely soccer coach.

Modern Lovers by Emma Straub – May 31, Riverhead Books. College friends reflect on the past and deal with midlife crises’ as they watch their own kids get ready for college.

I Let You Go by Clare Mackintosh – May 3, Berkley. This psychological thriller involves a hit and run investigation.

Wicked Heart by Leisa Rayven – May 17, St. Martin’s Griffin. This is a standalone romance in the Starcrossed series that features two supporting characters from the previous books.

What’s on your May TBR?

The Catastrophic History of You and Me by Jess Rothenberg

2 thoughts on “Twenty Books to Read in May”