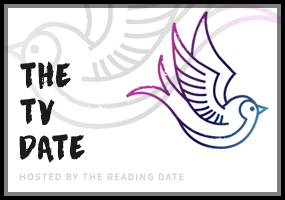 It’s the era of Peak TV, which means there are more quality shows available on broadcast, cable, and streaming, than any one human can reasonably watch! The Emmys are tomorrow night, and I’ve been lucky enough to see many of the nominees in two categories, Best Drama Series and Best Limited Series. To help you navigate the jungles of Peak TV, here are my thoughts on the nominated shows I’ve seen.

This superb political thriller had fallen into a routine for the prior few seasons, with similar Middle Eastern settings and villains and too many returns to the “Carrie’s off her meds” storyline. Homeland really stepped up its game in Season Six, placing the action largely in cool, crisp Berlin and balancing the inevitable desert-terrorists drama with a fascinating and relevant hacker subplot. Not just a return to form but a pathway towards better things.

As the popular fantasy-drama series strays further from the George R.R. Martin source novels, the show threatens to become almost too enjoyable. Season Six saw fewer sudden, devastating deaths of favorite characters than usual. And whereas the show’s scope and character list have expanded for years, there’s now a satisfying sense of all the story threads and players drawing together and joining forces. Great stuff, but is it what George would have done (or will yet do?).

Like its hero, the plucky Jimmy McGill, this quiet, responsible little series has methodically gone about its business to become one of the best shows on TV. As McGill tries to build his Albuquerque law practice, he struggles to stay on the ethical path, but it’s difficult to stay straight when his spiteful, unstable brother Chuck blocks his every move. Glad to see star Bob Odenkirk is nominated for Best Actor in a Drama Series; his portrayal of Jimmy is both funny and poignant.

This is the game-changer right here. This fascinating, daring, often shocking thriller offers not only TV’s most accurate portrayal of hacker culture but also its most cryptic lead character. Elliot Alderson is intelligent, vulnerable, and socially withdrawn; he gets to know people not by chatting with them but by stealing their data online. He’s also an unreliable narrator. As Elliot and his friends prepare to shut down one of America’s largest banks, we’re never sure if the events we’re seeing are really happening or not. Season One (the one up for an Emmy) is a brisk, easy watch; Season Two (just now finishing airing) is slower and denser, but potentially even more rewarding.

Also up for Emmys in this category:
The Americans (FX), House of Cards (Netflix), Downton Abbey (PBS)

The Americans is a fascinating 80s cold-war drama focusing on two Russian spies pretending to be an American couple. It’s a quality show and one I need to spend more time with. Haven’t seen the other two.

This gripping, groundbreaking Midwestern crime anthology got even better in its second season. This 2015 edition takes two characters—a policewoman and her cop dad—from Series One and rewinds them 27 years to Minnesota, 1979. It’s the story of an earnest, rural crime family staving off takeover attempts from the big-city mob; Emmy nominee Kirsten Dunst plays a wicked yet hapless beautician who gets wrapped up in the conflict—and will stop at nothing to extricate herself. Although it’s quite violent, its stylistically daring use of music and storytelling tropes will have you quickly hooked.

This is probably the most out-and-out pleasurable of the shows reviewed here. It’s the sprawling, lavish, almost James Bond-like tale of Jonathan (Tom Hiddleston), a quiet yet capable hotel manager who encounters charming, savage arms dealer Roper (Hugh Laurie). An unglamorous, unappreciated British intelligence worker (Olivia Colman) recruits Jonathan to go undercover, join Roper’s organization, and bring him down. The story’s fascinating and well-observed, and the locations are lush and breathtaking.

If you were around when the Simpson trial was airing, you probably remember it as being an absurd, must-see circus. That’s pretty much the portrayal offered here: the defense (dream) team’s attempts to outmaneuver one another are generally comedic, while the prosecution’s struggle to keep control of the trial are played with more poignancy. Sarah Paulson touching portrayal of a working woman turned into media fodder is, quite rightly, up for an Emmy.

Also up for Emmys in this category:
Roots (History) American Crime (ABC)

Enjoy the Emmys tomorrow night; we will!

The TV Date: Women on TV 2013
Comic-Con 2016: TV
The Get Down: Big Dreams in a Broken City
The TV Date: What to Watch Fall 2014
Captive Populations: Wayward Pines / Ascension