I don’t know about you guys, but summer has hit early in my neck of the woods. I’m ready to load up my beach bag with some hot-weather reads. The Summer After You & Me certainly fits the bill! Jennifer Salvato Doktorski’s (How My Summer Went Up in Flames) latest book takes place on the Jersey Shore, where residents are trying to recover from Superstorm Sandy. Lucy is attempting to pick up the pieces of her home and romantic life when the boy who visits each summer returns and complicates her current relationship. This summery coming-of-age book deals with love, forgiveness, and new beginnings. I think it would appeal to fans of Jenny Han’s Summer series, and fans of Huntley Fitzpatrick and Jessi Kirby. Read on to find out more about the book, and to enter to win a copy for yourself! 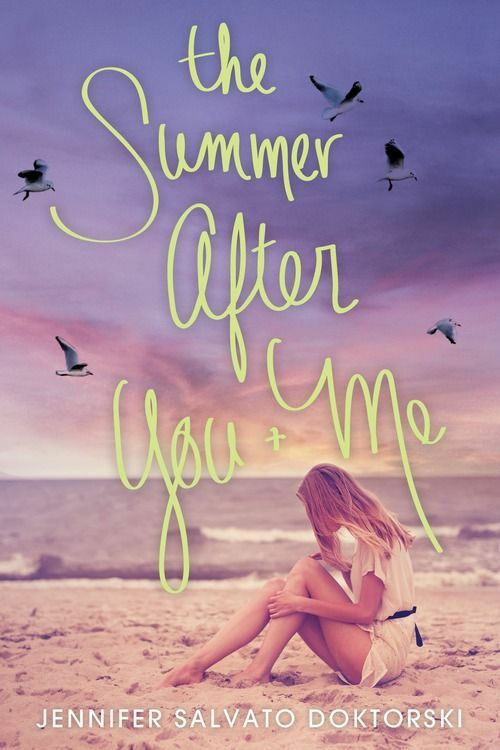 Will it be a summer of fresh starts or second chances?

For Lucy, the Jersey Shore isn’t just the perfect summer escape, it’s home. As a local girl, she knows not to get attached to the tourists. They breeze in during Memorial Day weekend, crowding her costal town and stealing moonlit kisses, only to pack up their beach umbrellas and empty promises on Labor Day. Still, she can’t help but crush on charming Connor Malloy. His family spends every summer next door, and she longs for their friendship to turn into something deeper.

Then Superstorm Sandy sweeps up the coast, bringing Lucy and Connor together for a few intense hours. Except nothing is the same in the wake of the storm, and Lucy is left to pick up the pieces of her broken heart and her broken home. Time may heal all wounds, but with Memorial Day approaching and Connor returning, Lucy’s summer is sure to be filled with fireworks.

The Summer After You & Me by Jennifer Salvato Doktorski

Connor opened the gorgeous double doors, each with half-moon stained-glass windows on the top, and motioned me inside. “After you.”

The house had that distinct yet hard-to-describe smell of a beach home that had been closed up for a while. I walked to the center of the high-ceilinged foyer and immediately pic­tured pine garland and twinkling white lights wrapped around the sweeping banister.

“Wow. I’d love to spend Christmas here,” I said and immedi­ately regretted being so sappy.

Connor smiled. “You could fit a twelve-foot tree in this hallway.”

I admit, over the years I’ve had my share of Connor-centric fantasies. However the image of him watching his children pad down the stairs on Christmas morning had never been one of them…until that very second. I liked thinking about Connor that way.

“Come on. You’ve got to see the master bedroom.”

The wholesome image of a Malloy family Christmas van­ished. Aha, I thought. That was the Connor I knew.

“Race you,” he said and took off running.

He beat me up the two flights and was waiting for me in the third-floor hallway toward the back of the house. Off the hallway was an art studio, with a drafting table and a bookcase. There was also a telescope standing near the window.

“Follow me.” He crossed the studio and unlocked the dead­bolt to the narrow door leading outside.

“You’ve already been up there?”

“First thing I did when I got here,” Connor said.

“Not the master bedroom?”

“Nah, that’s the first thing I wanted to do when you got here.”

I thought it was just more flirty banter, but Connor’s flushed cheeks looked as warm as my body felt. He stared at me for a beat too long and my throat constricted. I was suddenly aware that I’d left the house with slept-on hair and no mascara. The look on Connor’s face told me he hadn’t noticed. His eyes never left mine.

Finally he said, “Come on, Luce. I’ll follow you.” The space was tight when I passed in front of him, and the closeness of his body gave me the shivers. I opened the door and stepped outside onto a small patio. I walked toward the wrought-iron spiral staircase that lead to the widow’s walk on the roof and placed my hand on the railing. My knees felt shaky as I began the climb, but I never looked back. 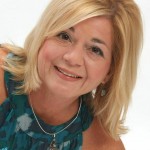 Jennifer Salvato Doktorski is the author of two YA  novels and is a freelance nonfiction writer. Her first paid writing gig was at The North Jersey Herald & News, where she wrote obituaries and began her lifelong love of news and coffee. She lives in New Jersey with her family.

Kickstart your summer reading and enter to win a copy of The Summer After You & Me:

Be My Valentine Book Giveaway
Giveaway: The Remedy by Suzanne Young and $25 Sephora Gift Card
Deals for your Kindle (4)

2 thoughts on “Blog Tour: The Summer After You and Me by Jennifer Salvato Doktorski”