Joanna Philbin’s Rules of Summer is in stores this week. To celebrate, I have a summer playlist and giveaway to share with you for your own summer beach adventures. 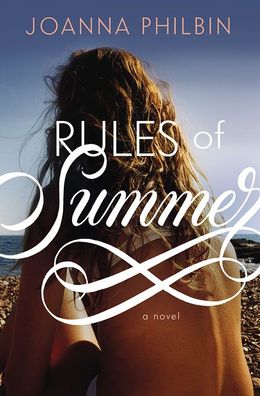 About Rules of Summer:

There are two sides to every summer.

When seventeen-year-old Rory McShane steps off the bus in East Hampton, it’s as if she’s entered another universe, one populated by impossibly beautiful people wearing pressed khakis and driving expensive cars. She’s signed on to be a summer errand girl for the Rules — a wealthy family with an enormous beachfront mansion. Upon arrival, she’s warned by other staff members to avoid socializing with the family, but Rory soon learns that may be easier said than done.

Stifled by her friends and her family’s country club scene, seventeen-year-old Isabel Rule, the youngest of the family, embarks on a breathless romance with a guy whom her parents would never approve of. It’s the summer for taking chances, and Isabel is bringing Rory along for the ride. But will Rory’s own summer romance jeopardize her friendship with Isabel? And, after long-hidden family secrets surface, will the Rules’ picture-perfect world ever be the same?

I just started diving into Rules of Summer and it’s already helping me get into the summer vibe. And the official book playlist is really fun too – The Tide is High always makes me think of summer. Fun eclectic hot-weather mix! 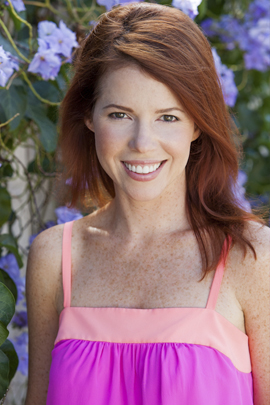 Joanna Philbin was born in Los Angeles and raised in New York City—and spent many summers on the Hamptons. She holds a BA from Brown University and a JD and an MFA from the University of Notre Dame. She is the author of the Daughters series, and lives and writes in Los Angeles.

Congrats to Alissa who won a copy of Rules of Summer!

I’d love to know what your favorite summer songs are! Hit me up with some recs in the comments!