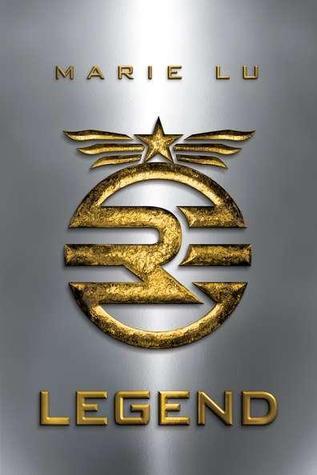 Series: Book one of a trilogy

In a future plague and flood-ravaged Los Angeles, now part of The Republic, fifteen year olds Day and June on the surface couldn’t be more different. June lives in the affluent part of town and is the Republic’s golden child. She excels in school and is the only person ever to earn a perfect score in the Trial. She has a bright future ahead in the Republic’s military ranks. Day, on the other hand, is also extremely intelligent but grew up without June’s advantages. Raised in the slums, his family can’t afford the plague vaccine, and his rebellious antics have landed him at the top of the Republic’s most wanted criminals list. Although June grudgingly admires Day’s cleverness and resourcefulness from afar, he becomes her enemy when his latest exploit hits a little too close to home.  The truth, though, may not be what it seems and they may be close to uncovering an even bigger plot.

Legend is a thrilling and fast paced dystopian, in the same vein as Divergent and The Hunger Games. It is full of non-stop nail biting action and suspense that kept me swiftly turning pages. The two protagonists Day and June share narration in alternating chapters, with Day’s chapters typed in gold ink. Day and June are like two sides of the same coin, and both are fearless, resourceful, and smart as a whip. The dual narration works well, and the character voices are distinct. Day has a confident swagger and uses slang in his speech, while June has a more guarded demeanor. Together they are a force to be reckoned with.

Violence and a corrupt government torment this future Los Angeles, and no one is safe from their wrath. The violence is shocking and excessive at times, but it does get the message across and makes it easy to join Day’s rebellious cause.

On the romantic side, Day and June are young and haven’t known each other long, so the romance side of things is very low-key. The chemistry is there and they have the potential to be an unstoppable duo, and they are strong characters individually as well.

I see Legend appealing to both genders, as the romance is not over the top and is well balanced with a compelling and exciting story. It should be an easy transition for fans of The Hunger Games, and like that book Legend is also heading for the big screen. The writing is very cinematic and I can easily envision it as a movie. Hopefully it will be filmed in Los Angeles so we can see all the landmarks described in the book. I found Legend to be very engaging and one of the most exciting dystopians I’ve read this year.

Legend is the first book in a trilogy, and I can’t wait to find out what happens next. Look for Legend to hit shelves November 29th.

I like the US cover of Legend and think it’s striking and powerful and represents the book well. But, I’m also kind of in love with the UK cover. Which one do you prefer? 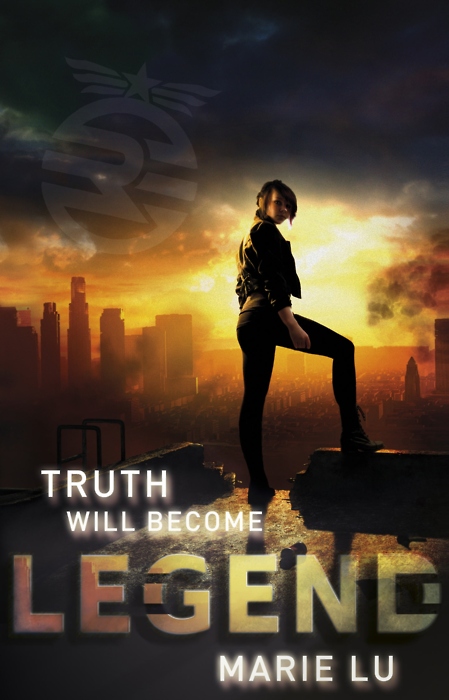