I’ve been reading a lot of realistic YA lately, and about the topic of bullying in particular. Leslie Stella’s YA debut Permanent Record introduces an underdog to root for in Badi. The guy is a target of bullies in one school, and can’t catch a break in his new school either. Permanent Record covers some heavy topics like racism, mental health, family relations, and bullying with raw honesty and humor. 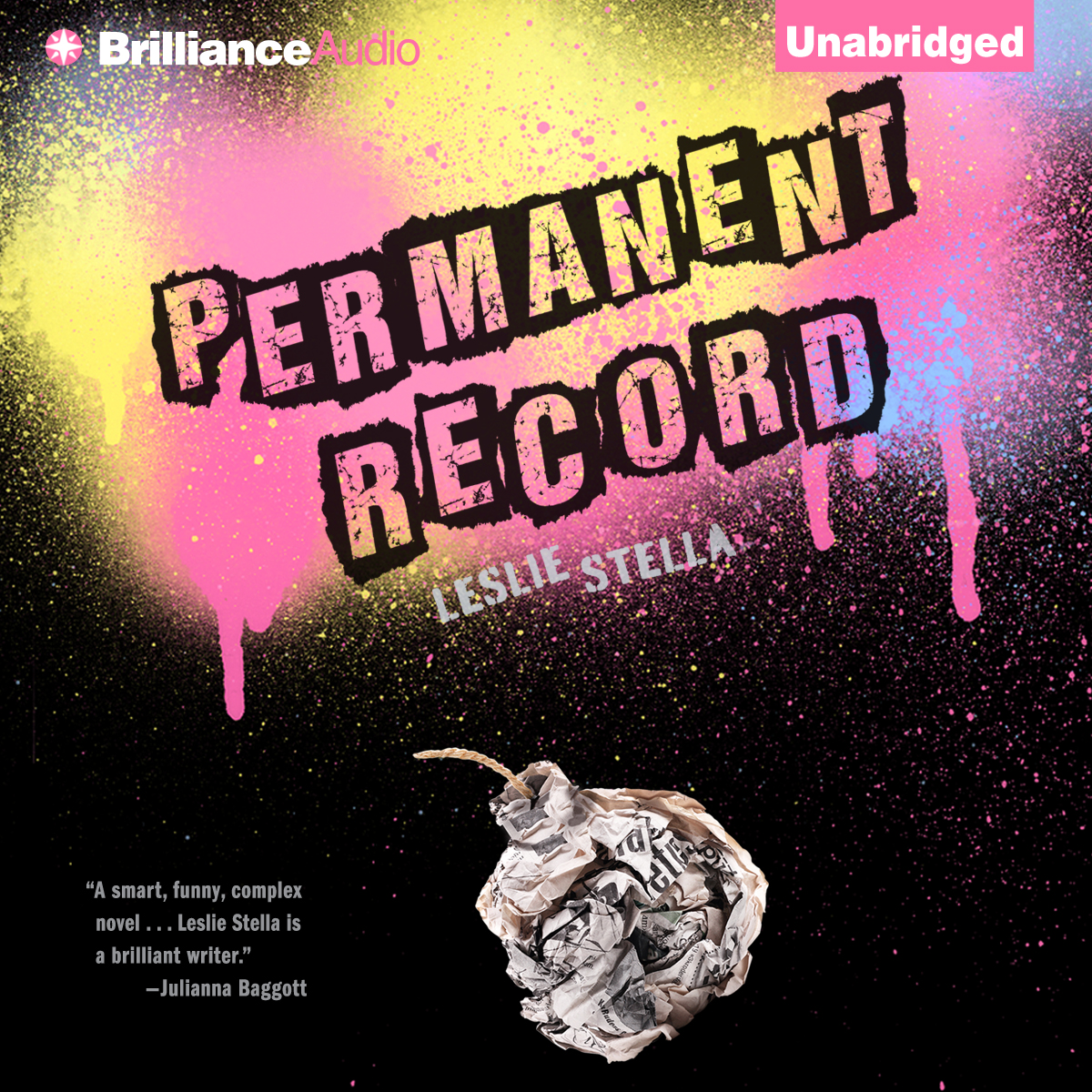 Being yourself can be such a bad idea. For sixteen-year-old Badi Hessamizadeh, life is a series of humiliations. After withdrawing from public school under mysterious circumstances, Badi enters Magnificat Academy. To make things “easier,” his dad has even given him a new name: Bud Hess. Grappling with his Iranian-American identity, clinical depression, bullying, and a barely bottled rage, Bud is an outcast who copes by resorting to small revenges and covert acts of defiance, but the pressures of his home life, plummeting grades, and the unrequited affection of his new friend, Nikki, prime him for a more dangerous revolution. Strange letters to the editor begin to appear in Magnificat’s newspaper, hinting that some tragedy will befall the school. Suspicion falls on Bud, and he and Nikki struggle to uncover the real culprit and clear Bud’s name. Permanent Record explodes with dark humor, emotional depth, and a powerful look at the ways the bullied fight back.

When conditions are unbearable in high school due to racist bullying in a post-9/11 world sometimes a blank slate is in order. 16-year-old Badi Hessamizadeh gets to start over at a new school and with a new name, Bud. Since Badi suffered racist attacks from his former classmates, and they pushed him so far he tried to take his life, his dad thinks maybe a name change will make Badi fit in better. But is it that simple?

Badi is kind of the outsider in his large family at home, and now he’s the new guy at school. He goes to therapy for anger management and depression, though he’s decided to go off his meds. He doesn’t endear himself to his new classmates at Magnificat Academy when he refuses to participate in the chocolate bar fundraiser. And now mysterious letters are appearing in the school paper, and the latest reporter, Badi, is the chief suspect.

Badi has a self-deprecating manner and a dry sense of humor that got me on his side. He finds some friends that “get” him, Nikki and Reggie, though Badi wishes he could take his friendship with Nikki to the next level. They are also on the fringes, but do give Badi some social capital, and encourage his rebellious spirit, and get him to open up about the past.

There are some harsh scenes of bullying. Bullying is so much worse these days with social media, as we see in the book. Badi has to figure out some coping mechanisms and enlightenment before he chooses to go all Carrie on the student body.

I listened to the audiobook, read by Nick Podehl (The Name of the Wind, Will Grayson, Coaltown Jesus), one of my favorite male narrators. Podehl believably portrays Badi’s troubled mind, and infuses his reading with humor and emotion. This is an audiobook I didn’t want to stop listening to. The pacing is good, and Podehl successfully uses different voices for older characters like the parents and faculty, and Badi’s male and female friends and siblings. The audiobook experience brings Badi’s frenetic energy to life, though I switched off with the kindle edition occasionally and it’s a good read as well.

It didn’t dawn on me that this male POV book had a female author, so kudos to Leslie Stella for writing a convincing male character. Permanent Record is smartly written and a page-turner, and I think it is well worth your time.

Permanent Record is a YA Fiction Cybils nominee.