Amy Talkington’s debut Liv Forever is about first love, a boarding school secret society, and a murder mystery where the murderee is the main character! Who killed Liv and will she live forever as a ghost?

1. Boarding school backdrop – The illustrious Wickham Hall is home to snooty legacy students that rule the school and the scholarship kids who do their bidding. What a perfect setting for a ghost story murder mystery!

2. Insta love / Insta Death – The story starts out like so many YA boarding school books with insta love between the new girl and the most popular guy at school. But, well, the insta death of the protagonist makes the love story less saccharine.

3. Whodunit – The story really takes off with the death of the main character, Liv Bloom. In investigating her death, she finds she’s not the only victim and so she assembles the living and the dead to help bring the guilty parties to justice. Everyone is a suspect and there are red herrings to keep the reader guessing.

4. 999 Ghosts and Room for One More – The ghosts that haunt Wickham Hall share their life and death stories in short vignettes and this adds a dash of historical fiction (and more mystery!) to the story. 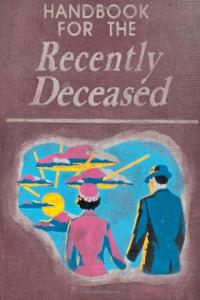 5. Liv – Liv’s an artist from the foster care system, excited about her art scholarship to Wickham Hall, but feeling like a fish out of water. Her questioning nature serves her well in the afterlife! She kicks butt as a ghost and makes the most of her new supernatural talents.

6. I’m in love with a ghost – This is an unconventional love story since, you know, one half of the couple is dead. And adding to the drama, the love interest, Malcolm Astor, is a legacy student who may be involved with the murder conspiracy. The star-crossed lovers communicate through Gabe, a friend who can see and talk to ghosts. That makes Gabe the crazy person at the school, but really it’s a practical talent to have at Wickham Hall.

7. Haunted Soundtrack – Malcolm and Liv bond over music, and their hip playlist is movie soundtrack ready! There’s no Live Forever by Oasis, a song that was stuck in my head while I was reading, but I like their taste in music regardless. I listened to the playlist while I was reading and it really does fit the mood of the book. Here’s the author’s official book playlist-she has a background as a music journalist so she knows her stuff:

8. Bring on the movie or CW series – This is Amy Talkington’s debut novel but she is an established screenwriter and it shows in Liv, Forever. It is easy to visualize this book will translate well to the big or small screen. It’s full of cinematic details, with tight storytelling, sharp dialogue, and an interesting hook. A movie version is in the works, though I can also envision it as a TV series. Here’s the book trailer – I think I’m going to have nightmares about this:

9. Art in the afterlife – Liv’s an artist and that translates through her life and afterlife in some cool displays. Liv’s artistic side makes her more endearing, and her story more tragic.

10. Tell me a ghost story – I listened to the Liv, Forever audiobook, performed by Jorjeana Marie. Marie sounds age appropriate for Liv, and inhabits her personality well. Her voice has a pleasant rasp to it, like an Emma Galvin type. She also gets to stretch her voice talents by bringing the other ghost girls to life and using different accents and dialects. I preferred her female voices to the male voices, but the male voices were serviceable. Jorjeana Marie gives a lively reading, adding tension to the suspenseful scenes, illustrating the thrills and happiness of first love, and the despair and melancholy of life as a ghost. I got through this audiobook in no time, eager to find out the resolution to Liv’s story.

A boarding school ghost story is something we’ve seen before, and after the insta-love at the beginning of the book I wasn’t sure this book would be for me. However, the supernatural twist made the story interesting, and Amy Talkington’s writing is very readable. Ghostly grins all around.