I am very picky in regards to New Adult books but was hopeful about Deeper, and happily it totally knocked my socks off. I’m familiar with author Ruthie Knox’s writing from her novella Big Boy, and Robin York is the pen name of this contemporary romance author. Deeper is her NA debut.

More about Deeper (Caroline & West #1) on sale now from Bantam: 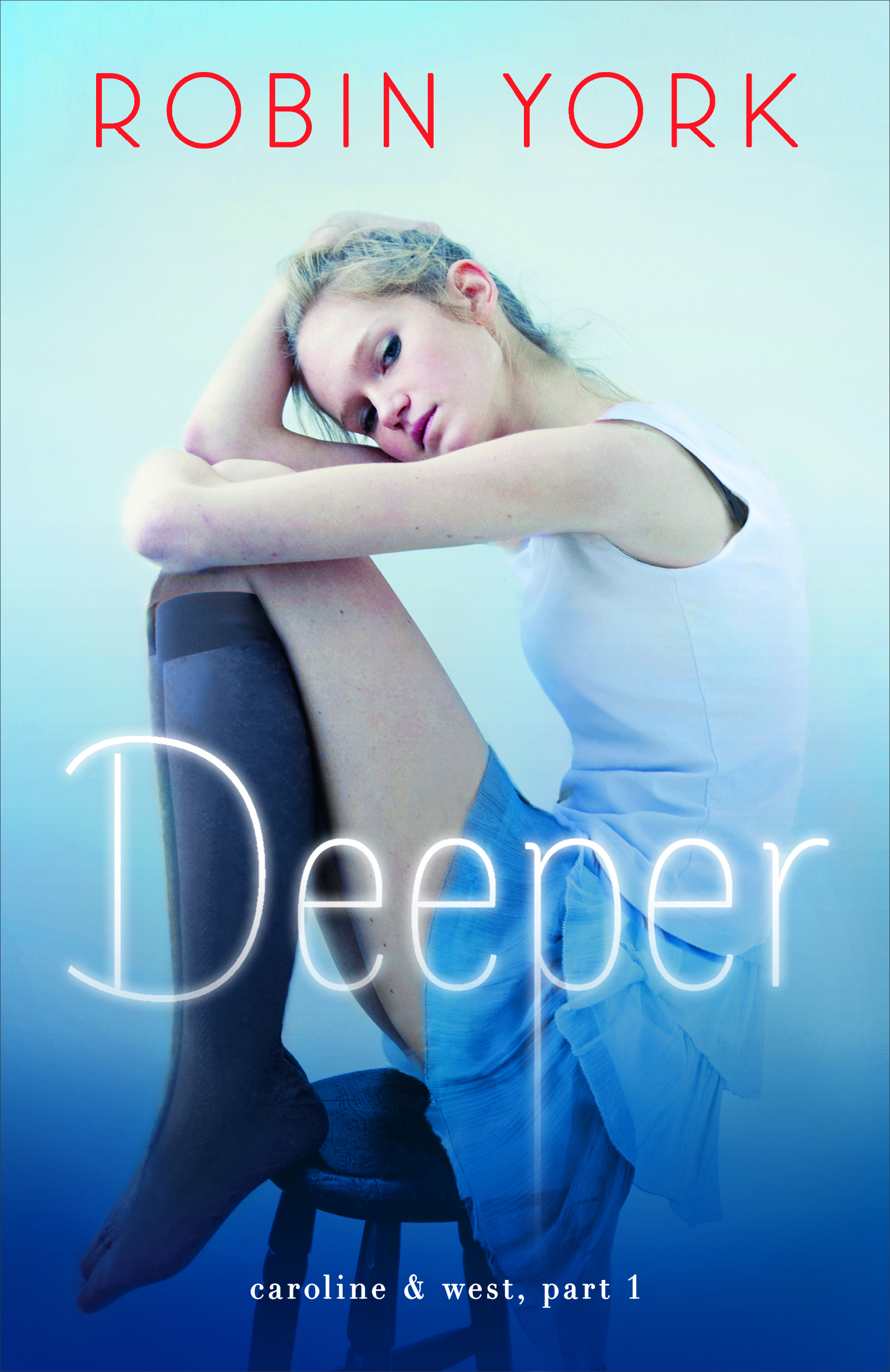 In this New Adult debut by Robin York, a college student is attacked online and must restore her name—and stay clear of a guy who’s wrong for her, but feels so right.

When Caroline Piasecki’s ex-boyfriend posts their sex pictures on the Internet, it destroys her reputation as a nice college girl. Suddenly her once-promising future doesn’t look so bright. Caroline tries to make the pictures disappear, hoping time will bury her shame. Then a guy she barely knows rises to her defense and punches her ex to the ground.

West Leavitt is the last person Caroline needs in her life. Everyone knows he’s shady. Still, Caroline is drawn to his confidence and swagger—even after promising her dad she’ll keep her distance. On late, sleepless nights, Caroline starts wandering into the bakery where West works.

They hang out, they talk, they listen. Though Caroline and West tell each other they’re “just friends,” their feelings intensify until it becomes impossible to pretend. The more complicated her relationship with West gets, the harder Caroline has to struggle to discover what she wants for herself—and the easier it becomes to find the courage she needs to fight back against the people who would judge her.

When all seems lost, sometimes the only place to go is deeper.

I like when NA books with a college setting actually use that setting to advantage and the education aspect does come into play in Deeper, including financial considerations, jobs, and career aspirations. Caroline and West come from vastly different backgrounds, and West works several jobs to pay for his education, while Caroline has it pretty easy. Caroline finds refuge in the bakery West works after hours, and also gets some girl power back when she joins the school rugby team.

We also get to know West pretty well in Deeper, since the book alternates POV. West has a rough family life and shoulders a lot of the financial and day-to-day responsibility. Since he left home for college he worries constantly for his younger sister left behind. He wants to keep his focus on work and school, and is in denial about his attraction to Caroline.

The romance in Deeper is slow burn. There’s chemistry from the start but the relationship takes some time to build. I liked that there was also a focus on friendship, female empowerment and family issues as well. But I don’t think romance fans will be disappointed either.

Robin York’s writing is absorbing and made me feel all the emotions. Though this book is a heavy read, there is humor sprinkled in to lighten up the mood, and York is quite witty. I stayed up late reading this one.

Deeper is the first book in the Caroline & West series. The second book, Harder, is due out in July. (So far away!) Deeper concludes in a way that makes sense, but also leaves you dying to know what happens next. While I’m waiting I’ll have to catch up with Ruthie Knox’s other books.

Enter the Rafflecopter giveaway for your chance to win a signed copy of Deeper and a bookmark. There will be three winners!

Robin York grew up at a college, went to college, signed on for some more college, and then married a university professor. She still isn’t sure why it didn’t occur to her to write New Adult sooner. Writing as Ruthie Knox, she is a USA TODAY bestselling author of contemporary romance, including RITA-finalists About Last Night and Room at the Inn. She moonlights as a mother, makes killer salted caramels, and sorts out thorny plot problems while running, hiking, or riding her bike.

Follow along with the next tour stops tomorrow at: