Dangerous Boys is a totally new, standalone story and it will be on sale as an e-book exclusive on August 14. It’s a YA murder mystery /psychological thriller about a girl’s relationship with two brothers. One of the brothers dies in a fire and the reader is left to puzzle out the mystery, including which brother perished and why. The book has a non-linear narrative structure and one word that repeatedly pops up in reviews for this book is twisted.

You can see more of the enthusiastic early reactions in this Dangerous Boys teaser: 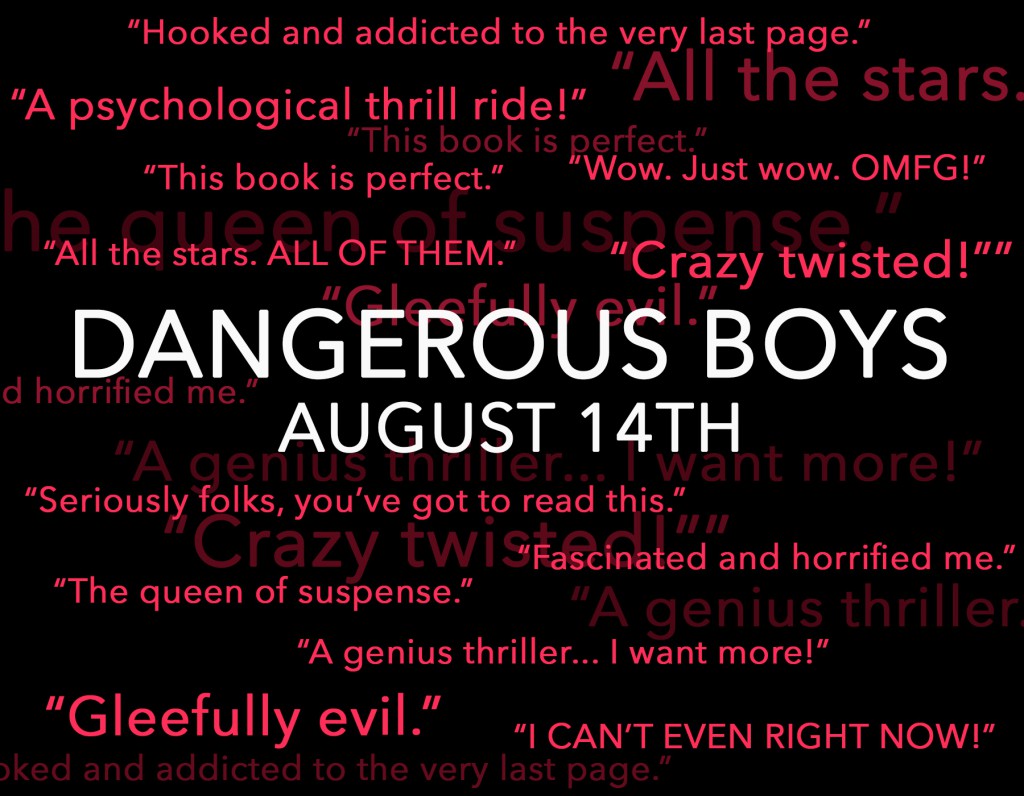 Intrigued? From what I’ve read of the book so far, it’s quite gripping. 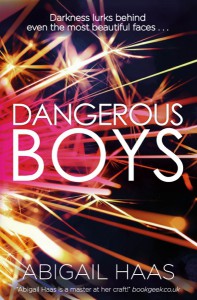 From the critically-acclaimed author of DANGEROUS GIRLS comes a new dark, twisted thriller…

“It all comes down to this: Oliver, Ethan, and I.”

Three teens venture into an abandoned lake house one night. Hours later, only two emerge from the burning wreckage. Chloe drags one Reznick brother to safety, unconscious and bleeding. The other is left to burn, dead in the fire. But which brother survives? And is his death a tragic accident? Desperate self-defense?

Chloe is the only one with the answers. As the fire rages, and police and parents demand the truth, she struggles to piece the story together – a story of jealousy, twisted passion and the darkness that lurks behind even the most beautiful faces.

Sounds exciting, right? Look for my review of Dangerous Boys next week – and in the meantime check out the early buzz on Goodreads.

Dangerous Boys is on sale August 14 & you can preorder now if you like:

One thought on “Teaser: Dangerous Boys by Abigail Haas”