Today I have the pleasure of talking to you about debut author Melissa Grey’s novel The Girl at Midnight! This urban fantasy transports you to a magical world where feathered and scaled beings walk the earth. And even I, the reluctant fantasy reader, was enchanted. And isn’t that cover gorgeous? Read on to find out more about the book and enter to win a copy for yourself. 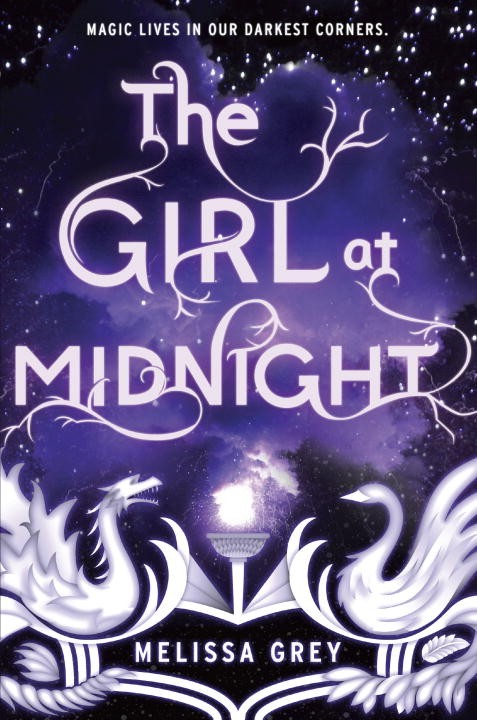 Beneath the streets of New York City live the Avicen, an ancient race of people with feathers for hair and magic running through their veins. Age-old enchantments keep them hidden from humans. All but one. Echo is a runaway pickpocket who survives by selling stolen treasures on the black market, and the Avicen are the only family she’s ever known.

Echo is clever and daring, and at times she can be brash, but above all else she’s fiercely loyal. So when a centuries-old war crests on the borders of her home, she decides it’s time to act.

Legend has it that there is a way to end the conflict once and for all: find the Firebird, a mythical entity believed to possess power the likes of which the world has never seen. It will be no easy task, though if life as a thief has taught Echo anything, it’s how to hunt down what she wants . . . and how to take it.

But some jobs aren’t as straightforward as they seem. And this one might just set the world on fire.

The Girl at Midnight by Melissa Grey

Those who read this blog know that I’m a contemporary girl through and through, and so I hear about winged creatures and dragons and run the other way. However, there are exceptions. And once I saw the Daughter of Smoke and Bone comparisons I was intrigued. The Girl at Midnight is magical and has all the fantasy elements, world building, intrigue and romance to make fantasy readers swoon. But at the same time, it’s very accessible to casual fantasy readers.

In The Girl at Midnight, Echo is a runaway/thief who lives among the Avicen, a race of feathered, magical beings in an underground New York. (She actually lives in the New York Public Library- how awesome is that?!) With a little magical shadow dust they can transport through the in-between to anywhere they wish. Echo is tasked by the seer, Ala, to find the firebird; a mythical being that legend says may help to end the war between the Avicen and the Drakharin.

Though Echo is sharp and street-wise, she and her friends get caught by the crafty Drakharin. Together they search for the firebird in the hopes of finding peace, but can they trust each other? They travel to places all over the world in their adventurous quest, and sparks fly in the process.

The literary, travel and foodie references were lots of fun, and the dialogue is quick and witty. The worldbuilding is breathtaking and I didn’t want to leave this fantasy world behind. (Two more books are forthcoming!)

Echo is a strong protagonist, and has good chemistry with her love interest(s). The story switches pov with a couple of the other characters, which adds another interesting dimension to the story. Savvy readers may figure out the twist early on but the journey is a treat regardless.

If you like the firebird legend, and fantasy books like Throne of Glass, the Mortal Instruments, and the Daughter of Smoke and Bone, then consider picking up The Girl at Midnight! Look for book two, The Shadow Hour, next year. 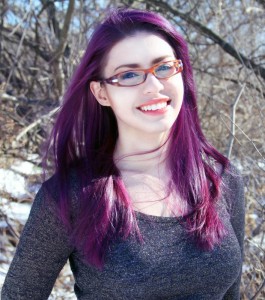 Melissa Grey was born and raised in New York City. She wrote her first short story at the age of twelve and hasn’t stopped writing since. After earning a degree in fine arts at Yale University, she traveled the world, then returned to New York City where she currently works as a freelance journalist. To learn more about Melissa, visit melissa-grey.com and follow @meligrey on Twitter.

Intrigued? Random House Children’s Books is offering one copy of The Girl at Midnight to one lucky reader. Giveaway is open to US and Canada residents age 13 and up. Fill out the Rafflecopter to enter:

Audiobook Review: 99 Days by Katie Cotugno
Top Ten Books I Want To Read But Don’t Own Yet