Series Order: Pushing the Limits * Crossing the Line (novella) * Dare You To * Crash Into You * Take Me On 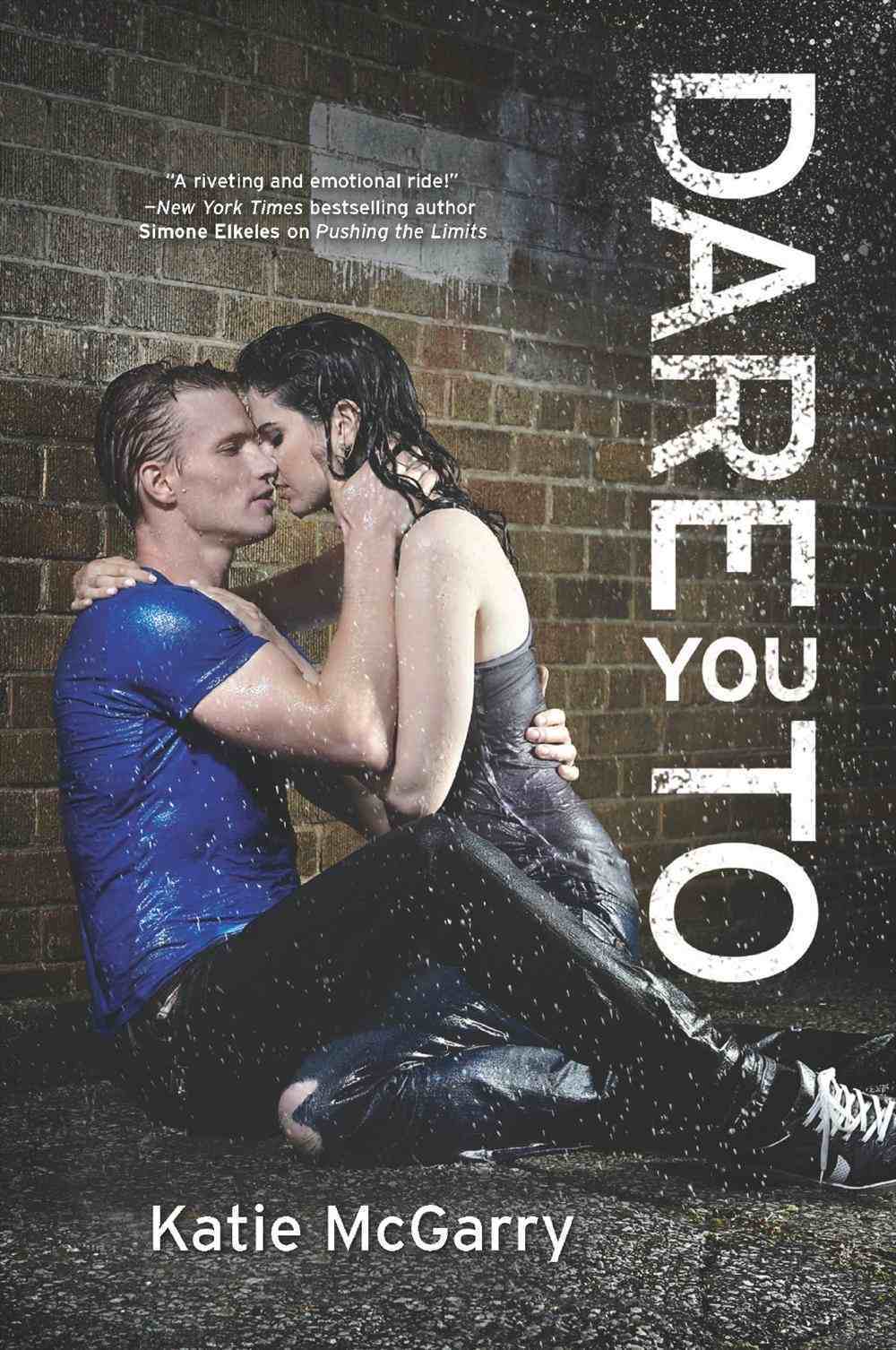 If anyone knew the truth about Beth Risk’s home life, they’d send her mother to jail and 17-year-old Beth who knows where. So she protects her mom at all costs. Until the day her uncle swoops in and forces Beth to choose between her mom’s freedom and her own happiness. That’s how Beth finds herself living with an aunt who doesn’t want her and going to a school that doesn’t understand her. At all. Except for the one guy who shouldn’t get her, but does….

Ryan Stone is the town golden boy, a popular baseball star jock – with secrets he can’t tell anyone. Not even the friends he shares everything with, including the constant dares to do crazy things. The craziest? Asking out the Skater girl who couldn’t be less interested in him.

But what begins as a dare becomes an intense attraction neither Ryan nor Beth expected. Suddenly, the boy with the flawless image risks his dreams – and his life – for the girl he loves, and the girl who won’t let anyone get too close is daring herself to want it all….

I read Pushing the Limits, the first book in this series, over a year ago, but it didn’t take me long to get reacquainted with the series. I think it actually worked to my advantage to start fresh since I didn’t miss the characters as much from the first book. I quite liked Dare You To, I daresay even more than Pushing the Limits, and read straight on through to Crash into You afterwards.

Dare You To is from the POV of Beth, a side character from Pushing the Limits, as well as a new character named Ryan. Beth has had it rough, taking care of her drug addict mother and trying to fend off the guys her mother brings home. She’s taken on much more than she should and things are at a breaking point. But, she loves her mom and wants to do everything she can to protect her.

Ryan, on the other hand, seems to have had a much easier time of things. He’s a star baseball player but his dad is really micro managing him, and he’s not just about baseball, you know? From the outside, Ryan’s family is keeping up appearances, but from the inside it’s all falling apart. I kind of love that he falls for “bad girl” Beth, and they have a lot to offer each other. Ryan and his friends are into dares, and Beth is his biggest challenge, and surprise, yet.

Beth is prickly and hard to get to know, and when circumstances lead to her moving to a new town to live with her uncle (and former Yankee player) Scott, she’s really out of her comfort zone. Taking care of her mom was such a big load that she doesn’t know how to let go. I felt for Beth, and admired her courageousness, and her strong will. I enjoyed seeing her character develop over the book, as her icy exterior starts to melt away.

It was easy for me to get behind Ryan and Beth as a couple, since I didn’t have Pushing the Limits‘ Beth and Isaiah fresh in my mind. I definitely was ready for Isaiah’s story though, after this book.

There are strong supporting characters in the book, like Beth’s childhood friend that she reconnects with, Lacy. Ryan’s brother Mark is estranged from the family, and he adds an interesting element to the story also.

I listened to the audiobook, performed by Brittany Pressley and Christopher Gebauer. The pair is well suited to play Beth and Ryan, with Ryan sounding like the golden boy, and Beth sounding a little rough around the edges. They were believable in their parts, and with the secondary characters as well. I felt emotionally connected to the story through their performance, and this was an audiobook I didn’t want to stop listening to. Since I enjoyed it, I picked up the next book on audio as well, even though there are different narrators.

Katie McGarry writes a gripping series full of emotion and adrenaline, and she has a knack for writing authentic well-rounded characters. There are several characters I can’t wait for her to explore in future books. I like that she writes about tough issues, and does not shy away from the angst, but at the same time you know she’s going to fix everything she breaks. It took me some time to catch up with this series, but I’m fully on board now.

I finished the next book in the series, Crash Into You, and will have a review up soon. If you haven’t started the series yet, there are three addictive books waiting for you.

Dare You To is a YA Fiction Cybils nominee.

We Were Liars by E. Lockhart Audiobook Review
Mailbox Monday (90)
Show that your quest for truth and justice will NEVER FADE Giveaway
Author Interview with Amy Spalding
Top Ten (Audio) Books to Put Under the Tree

5 thoughts on “Dare You To by Katie McGarry Audiobook Review”