It’s so hard to talk about those elusive five-star books, isn’t it?  Nina LaCour’s latest book Everything Leads to You is just lovely and I know I won’t be able to articulate all of the reasons why but I’ll give it a shot. This book is part love story, part mystery, and has a Hollywood film set backdrop. The love story happens to be between two girls, and I think this is the first YA I’ve read where the characters’ sexuality isn’t the “conflict” of the book. Very refreshing!

I’m a big fan of LaCour’s Hold Still (about the aftermath of a friends’ suicide) and The Disenchantments (about an all-girl rock band on the road) – both books are fab. But this one is on another level altogether. All the stars! 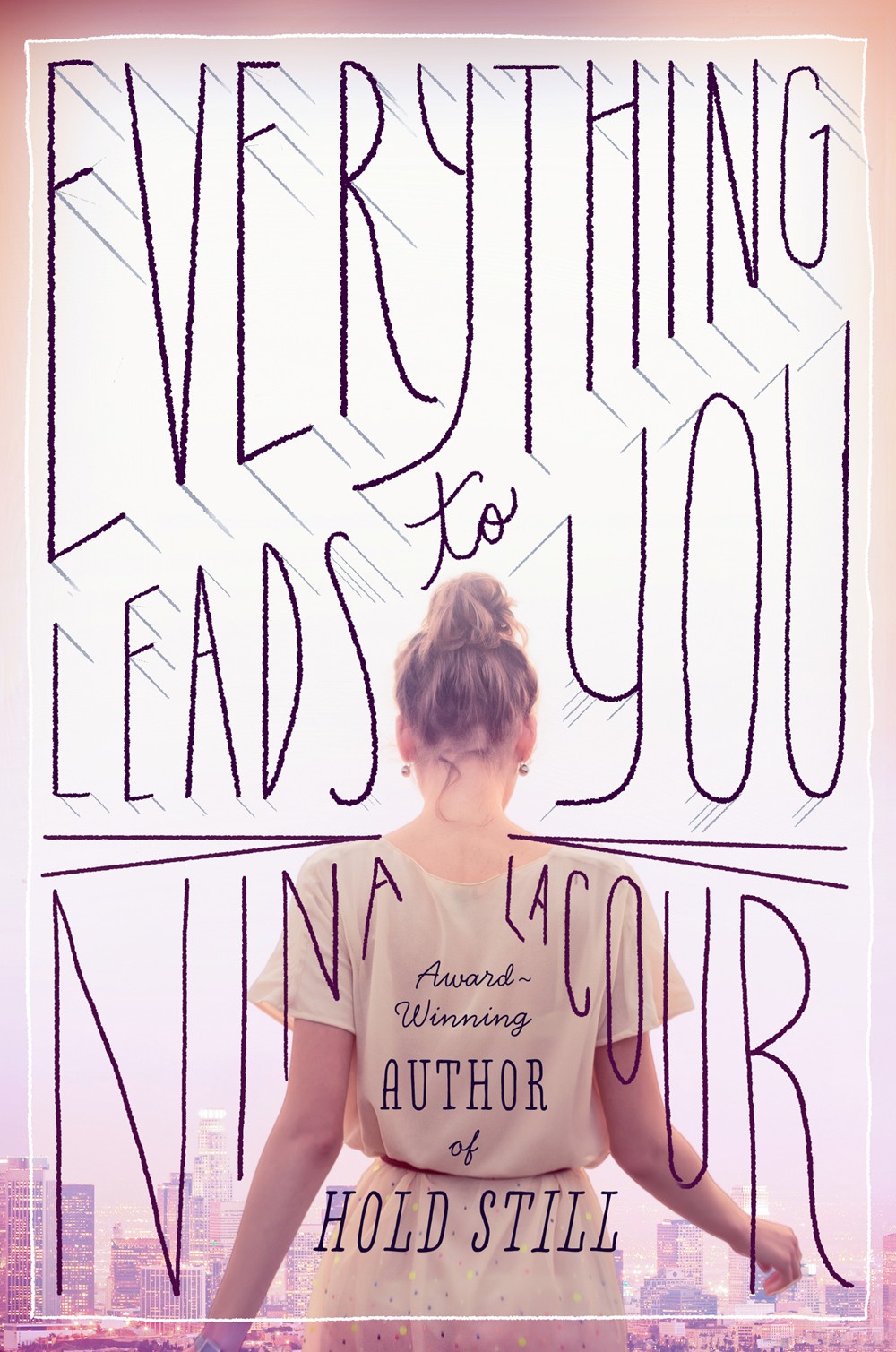 Book: Everything Leads to You by Nina LaCour, Dutton Books, On Sale Now.

The Pitch – Emi Price is a recent high school grad and aspiring film set designer living in Los Angeles. She’s just had her heart broken for the sixth time by her ex-girlfriend Morgan, someone she keeps running into on set. Emi and her BFF Charlotte find a letter at an estate sale for an old Hollywood legend. Getting the letter in the right hands takes them on a mystery that leads to old Hollywood glamour, new relationships, and self-enlightenment.

Location Scouting – This book is a sort of love letter to the LA film industry as much as a romantic love story. Emi’s search takes her all over LA as she follows the threads of the mystery and location scouts everywhere from Venice Beach to The Rose Bowl flea market to Chateau Marmont.

Career you’ll want after reading this book – Emi has the coolest job! She is an up-and-coming production designer for movies. She gets to scour estate sales and flea markets for just the right items to bring the script to life.  As she gets more responsibility she learns to use all her resources and location scout on a budget. Emi knows what she wants and takes such pride in her work – she won’t stop until the most perfect green couch is acquired!

True Hollywood Story – You will get caught in the mystery of Western actor Clyde Jones (a John Wayne/Clint Eastwood type?) whose presence is felt throughout the novel. But he leads to other interesting stories about his estranged daughter and granddaughter.

On-Set Romance – Between the letter and the film Yes & Yes that Emi is working on- everything leads to Ava. Their romance is realistic and slow building and one you want to root for. Plus taco picnics under the skylight! Perfect.

Friendships – Emi & Charlotte’s friendship is wonderful. They are their biggest cheerleaders and also call each other out when they need to. Ava & Jamal also totally have each other’s back. LaCour is always so good at writing about friendship dynamics.

Show Business Families / Family Feud  – We come across a couple different families in this book. On the one hand we have Emi’s family – totally supportive and involved in her life. Emi’s family is mixed-race, and her dad lectures about Pop Culture at UCLA while her mom is a professor of Black studies and gender studies. They are enthusiastic about Emi’s burgeoning career, the mystery, and the Hollywood legend Clyde Jones. Ava’s family situation is more turbulent, especially as Ava is learning more about her birth parents and the mother figure that raised her.

The Script – Nina LaCour writes with such heart and emotion – this book had me totally captivated. LaCour puts as much detail into her writing as Emi does with her film sets and it all works together beautifully. The story within a story worked and added a film noir feel to this contemporary story. The friendships, workplace scenes, romance and mystery tied together seamlessly. I don’t know what else to say- I loved it!

Congrats to AJ who won a copy of Everything Leads to You!