In addition to the landslide of new fall books crowding our bookshelves, it’s also time for all the new shows to premiere! I did a little digging and found a handful of shows that have the potential to take me away from my book this fall. 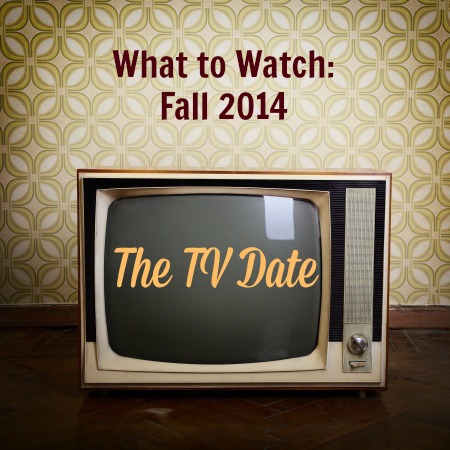 This is an Americanized version of Broadchurch, and will run for 10 episodes. Not sure why Broadchurch needs a remake…the original UK series is perfection. (Seriously, go watch it right now) David Tennant is reprising his role as the beleaguered detective (now with an American accent) and teams up with Breaking Bad’s Anna Gunn. It’s about a murder in a small town where everyone’s a suspect. I’ll check out the remake to see how it compares to the original, but don’t mess it up, Fox! Airs Oct. 2 on Fox.

So, is this series riding The Fault in Our Stars’ coattails? The power of John Green! It’s about a group of sick kids who band together Breakfast Club style at a Los Angeles children’s hospital. And it has a great cast too, and features Octavia Spencer as a tough nurse with a heart of gold.  And the kids really shine as well. The pilot is stellar, with moments that make you laugh and make you feel. This one’s already earned a season pass on my Tivo. Airs Sept. 17 on Fox.

TIME magazine calls Amazon’s Transparent this fall’s best new show. This Dramedy stars Jeffrey Tambor as a transgender who comes out to her family as a woman. This Jill Soloway series also stars Jay Duplass and Gaby Hoffman.  All 10 episodes premiere Sept. 26 on Amazon Prime, and you can watch the pilot now.

This just looks like an adorable rom-com to me. So happy that Ben Feldman (Mad Men) has his own series. A-Z chronicles the 8-month romance between Andrew and Zelda, and also stars Cristin Milioti. Premieres Oct. 2 on NBC, but you can watch the pilot now.

Marry Me stars the very funny Ken Marino and Happy Endings’ Casey Wilson. It’s about a couple whose engagement is long overdue. He was about to pop the question when she questions his commitment to their relationship. They hold off on the engagement until it’s the perfect time. I don’t know how that premise sustains a series but it looks funny so far! It airs after The Voice so that’s an enviable timeslot right there. Premieres Oct. 14 on NBC.

HOW TO GET AWAY WITH MURDER

I’ve made it through 10 seasons of Grey’s Anatomy, 3 seasons of Scandal, and yes I’ve even watched the cancelled Off the Map. It’s safe to say I’ll be checking out Shondaland’s latest series HTGAWM. This Viola Davis vehicle is a legal thriller where a group of Davis’ law students apply their learning’s outside the classroom. Premieres Sept. 25 on ABC.

On the surface, this is not really my type of show. However, this Batman origin story is arguably one of the most talked up fall offering so I offer it to you here for opinion. Airs Sept. 22 on Fox. And Netflix has already bought the streaming rights!

So, those are the new shows that caught my eye that I will be auditioning this fall!

Are you adding any new shows this fall? What show are you most excited to see return?

What to Watch in September
SOULS LOST AND FOUND: Stranger Things and The Returned
What To Watch Next If You Like Unbreakable Kimmy Schmidt
Books on TV: Younger
The Emmy Date: Thoughts on the Drama Nominees