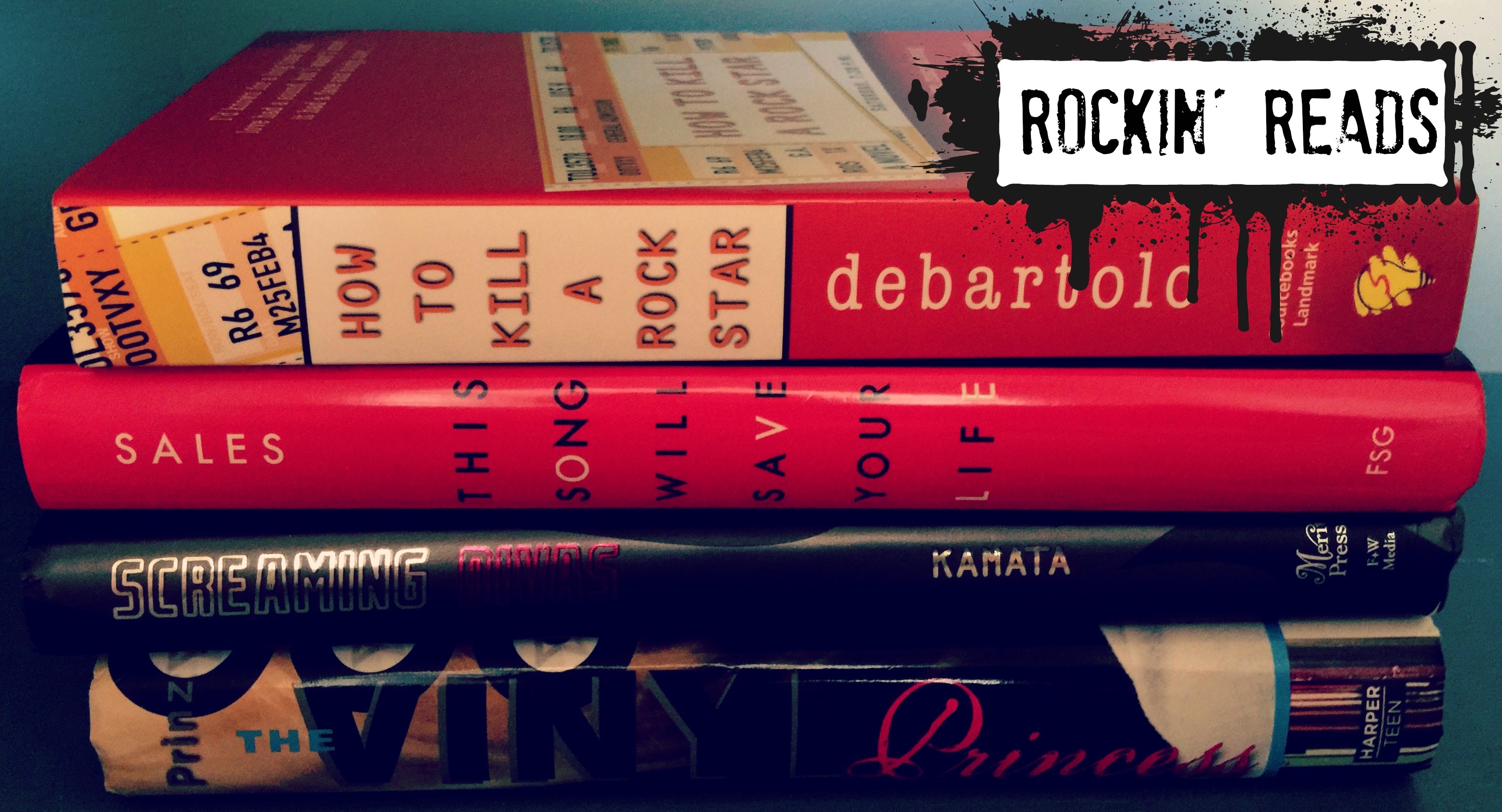 Today is Record Store Day! Did you visit your local record store and snag some exclusive music? Last year I highlighted some of my favorite music-related books on this occasion. And this year I have a whole new crop of music books to share. YA books especially go hand in hand with music- whether they feature a high school musical, show choir, a garage band, or a mix tape aficionado. Music is something that brings us all together. Plus, I love that author’s frequently put together book playlists as another way for readers to connect with their words.

Here are 12 newish and upcoming YA Rockin’ Reads to look out for this year:

Girl Defective by Simmone Howell – Sept. 2, 2014 Atheneum Books. I had to include this book about a girl that lives in a record store!

The Carnival at Bray by Jessie Ann Foley – Oct. 1, 2014, Elephant Rock Productions. This coming-of-age book is set during Nirvana’s heyday and is an ode to grunge, Ireland, family and first love.

Playlist for the Dead by Michelle Falkoff – Jan. 27 Harper Teen. After a friend’s suicide Sam tries to figure out what happened by deciphering the playlist Hayden left behind.

I’m Glad I Did by Cynthia Weil – Jan. 27, Soho Teen. A songwriting legend pens a 1963 story set in the famous Brill Building. It’s about a young songwriter getting her start in the music industry. But she gets more than she bargained for when she’s caught in the middle of some criminal misdeeds.

Hold Me Closer: The Tiny Cooper Story by David Levithan -March 17, Dutton. Will Grayson, Will Grayson’s scene-stealer Tiny Cooper gets his turn in the spotlight in this YA novel in musical form.

Kissing Ted Callahan (and Other Guys) by Amy Spalding – April 7, Poppy. Riley is a drummer in an LA band and obsessed with Ted Callahan. She makes a pact with Reid to go after their crushes and write about it in their shared notebook.

Boring Girls by Sara Taylor – April 14, ECW Press. Rachel and Fern start a metal band and Rachel feels like she finally fits in. But things take a dark turn and soon the girls are out for revenge.

Hello, I Love You by Katie M. Stout – June 9, St. Martin’s Griffin. In this debut, a girl goes to boarding school in Korea and falls for a K-pop star.

Between the Notes by Sharon Huss Roat – June 16, Harper Teen. A pianist loses her piano (and her house) and has to start over again at a new school. She learns that first impressions aren’t always accurate.

Jesse’s Girl by Miranda Kenneally – July 7, Sourcebooks Fire. Maya wants to be a rock star and gets the chance to shadow a Nashville sensation to see if she’s got what it takes to make it.

The Road to You by Alecia Whitaker – July 14, Poppy. The sequel to Wildflower features an up-and-coming country star and sounds like a page right out of Nashville.

For the Record by Charlotte Huang – Nov. 10, Delacorte. A small-town girl lucks into the opportunity of a lifetime when she gets to front the band Melbourne. But she only has one summer to win the fans (and the band) over or she’ll be yesterday’s news.

What are your favorite Rockin’ Reads?