The Wedding Gift is inspired by a true story, and takes place in Alabama in 1852. It’s the story of two young women, Clarissa and her housemaid Sarah, both of whom share the same father. Through a dual narrative we see the point of view of both women, and how society won’t let them be who they are.

This book is sure to be a popular book club pick, and Publisher’s Weekly gave it a starred review and chose it as one of their best new books of the week. Read on to learn more about the book and find out how you can enter to win a copy for yourself.

Check out an excerpt from chapter one below for a taste of The Wedding Gift. Excerpt courtesy of Macmillan:

This chronicle commences with the monarchs of my heart: my mother, the woman who gave me light, and my sister, to whom I clung in dire times. Both were beautiful, with delicate features and dark skin. I, however, am big-boned and, as the Alabama newspapers described me, yellowish. Except for her yellow hair and blue eyes, I look more like my other sister, to whom I was given when she married, Clarissa Allen, the daughter of the master of the plantation and his wife, Theodora. Like Clarissa, and the man who fathered us, I am tall, have dimples, a pointy nose, and meager lips. I do not know precisely how old I was when I realized that I was a slave, but I think that I was six, the year I began helping with cooking, cleaning, and all that we had to do in the Allen household.

One morning, when we were still sleeping, someone knocked on the door of our cabin. My mother rose and wrapped herself in a shawl, telling us to do the same and to sit at the table. When she opened the door, two men were standing outside, holding lanterns and guns. I trembled, and Belle firmly held my hand.

My eyes were sensitive to the light from their lanterns. I heard them walk everywhere, near the beds, cabinets, and in the kitchen area. One of the men had a persistent cough. Their rancid smell permeated the cabin. The lock clicked and the lid creaked when they opened the chest where my mother kept some of the money that she earned from trading baked goods, quilts, and dried cooking herbs in town.

When they were gone, my mother sat at the table and put her arm around me. She was shaking.

“Why those men come here, Mama?”
“Mr. Allen tell them to.”
“But why, Mama, why?”
“Stop asking questions, Sarah. He tell them to and nobody got to tell us why or nothing else.”

Read the rest of chapter one here. Listen to an audiobook preview below. The audiobook is read by Jenna Lamia and January LaVoy:

About The Wedding Gift: 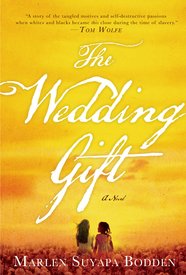 When prestigious plantation owner Cornelius Allen gives his daughter Clarissa’s hand in marriage, she takes with her a gift: Sarah—her slave and her half-sister.  Raised by an educated mother, Clarissa is not a proper southern belle she appears to be with ambitions of loving who she chooses and Sarah equally hides behind the façade of being a docile house slave as she plots to escape. Both women bring these tumultuous secrets and desires with them to their new home, igniting events that spiral into a tale beyond what you ever imagined possible and it will leave you enraptured until the very end.

Told through alternating viewpoints of Sarah and Theodora Allen, Cornelius’ wife, Marlen Suyapa Bodden’s The Wedding Gift is an intimate portrait that will leave readers breathless. 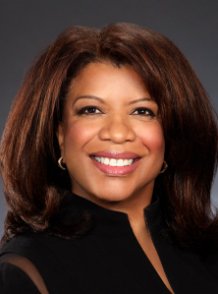 Dr. Marlen Suyapa Bodden is a lawyer at The Legal Aid Society in New York City, the nation’s oldest and largest legal services organization. She has more than two decades’ experience representing poor people and low-wage and immigrant workers, many of whom are severely underpaid, if paid at all.

She drew on her knowledge of modern and historical slavery, human trafficking, and human rights abuses to write The Wedding Gift, her first novel.

On May 20, 2012, the University of Rhode Island conferred on Marlen an honorary Doctor of Laws degree. Marlen is a graduate of New York University School of Law and Tufts University.

Congrats to Kerri who won a copy of The Wedding Gift!