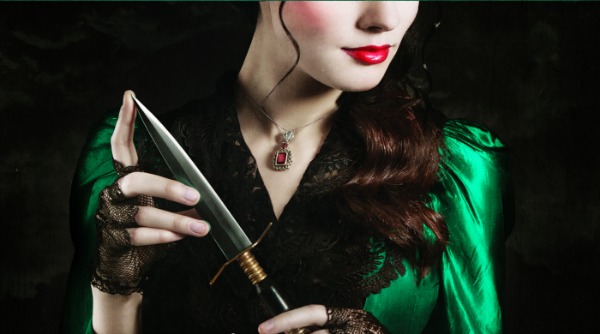 Stalking Jack the Ripper is the scary YA to read this fall and I’m excited to partner with JIMMY Patterson books on this prize pack giveaway! Read on to find out more about this creeptastic story that’s sure to keep you reading with the lights on. 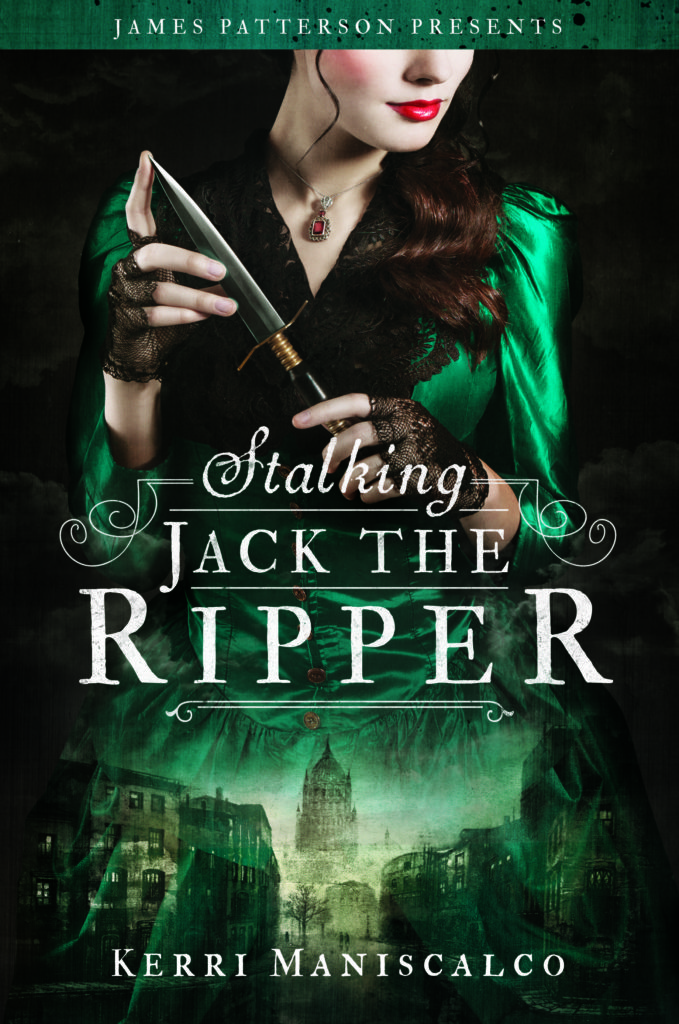 Presented by James Patterson’s new children’s imprint, this deliciously creepy horror novel has a storyline inspired by the Ripper murders and an unexpected, blood-chilling conclusion…

Seventeen-year-old Audrey Rose Wadsworth was born a lord’s daughter, with a life of wealth and privilege stretched out before her. But between the social teas and silk dress fittings, she leads a forbidden secret life.

Against her stern father’s wishes and society’s expectations, Audrey often slips away to her uncle’s laboratory to study the gruesome practice of forensic medicine. When her work on a string of savagely killed corpses drags Audrey into the investigation of a serial murderer, her search for answers brings her close to her own sheltered world.

Stalking Jack the Ripper is on sale now

Unsolved crimes and history have intrigued me since I was a teen. I was fascinated by the Ripper case in particular because of the mystery that still surrounds it. There are so many theories and suspects, and as a writer it’s a wonderfully blank canvas for creating your own backstory. Who was Jack? Where did he come from? What were the circumstances leading up to that Autumn of Terror? I think the most interesting villains are ones that fit into that questionable gray area—the place where we understand their motivation, even if we’re horrified by it.

I chose Jack because I wanted this story to focus on a young woman who turned the tables on him. When I researched case details, I immediately thought about the forensic team behind the scenes. It was one of the first times in history forensics were applied to a case with gusto, so I imagined how interesting it’d be if a teenage girl was involved with stopping this notorious killer of women. From there it evolved into Audrey Rose’s story of how her world and Jack’s converge.

Audrey Rose is a brilliant, sensitive, headstrong and decidedly modern girl—even by our 21st-century standards. What do you hope teens who read her story will take away from her character?

I hope that teens—and readers of all ages, really—are inspired to live their authentic lives, regardless of what society thinks. Audrey Rose would encourage curiosity and fearlessness. The world needs trailblazers and I hope readers are inspired to continue on their paths, even in the face of difficulty. Our actions today will hopefully inspire others tomorrow, and that’s how progress and change are made. Sometimes it’s fighting those quiet everyday battles that shift perspective one degree at a time.

To a certain extent I think we all have darkness that surfaces from time to time, whether we want it to or not. Maybe not murder or anything so drastic, but darker emotions. Anger. Frustration. Negativity. Jealousy. Pessimism. We’re human and have a multitude of feelings on any given day, but it’s what we choose to focus on that truly matters.

For Audrey Rose it’s a bit different. She often struggles with her passion for studying the inner workings of the human body and society’s opinion on it. During that time frame [the Victorian era], forensics and cutting into a corpse were considered to be desecrating the dead. Which was blasphemous for a man to do, let alone a young lord’s daughter. She won’t be deterred from her chosen path, but doubt sometimes crops up if she allows herself to think about her dark deeds. On the outside she might appear to be on the same path as Jack, but Audrey Rose knows there are lines she won’t cross for science or discovery. Which is what ultimately separates her from the Ripper.

The details in the book are remarkable—from the specifics of dissection and Victorian-era medicine to the historically accurate descriptions of late 19th-century London. What research did you do to make the story so authentic?

Thank you! I pored over actual Ripper case files and studied the notes the forensic team/medical examiners had taken during their autopsies. I thought it was really important to capture the medical techniques of the day and spent a great deal of time investigating what was around, how it was used, and what the general thoughts of the public were. One of my favorite parts in Stalking Jack the Ripper is when [Audrey Rose’s] uncle, a brilliant forensic medical examiner, has his own theories that cannot be proven by medical professionals, but are practices and truths we know today. I also did a lot of research into how autopsies are conducted today, what bodies smell like after trauma, to fully flesh out my understanding of how our procedures might differ from Victorian practices. I’m also into history, and growing up outside of New York City meant that there were many historic sites to visit. Family vacations always included stops along the way—whether we’d attend a historic home tour or visit the Vanderbilt Mansion, history was incorporated into our activities. When it came time for my Victorian research, I really enjoyed getting lost in the details of the period. Fun fact: the house I grew up in was built in the 1700s, with an addition in the 1800s.

What’s next for you? Will we see a sequel to Stalking Jack the Ripper?

The early response to Stalking Jack the Ripper has been absolutely incredible. Things I never dared to dream have been happening and I just sit back, pinching myself most days. I’ve always wanted to have a series of interconnected stand-alones, like novel-length penny dreadfuls, and am thrilled to say there will be two more gothic adventures for Audrey Rose. Right now I’m hard at work on book two, and I’ll just say that it’s got a new setting that’s as creepy as Victorian London. We get more forensics and autopsies, some scary folklore, and twists and turns that will hopefully keep readers guessing until the end. There may also be an infamous castle involved where a bloodthirsty legend is said to haunt the halls at night. I cannot wait for it to hit shelves in the fall of 2017.

Kerri Maniscalco grew up in a semi-haunted house outside New York City, where her fascination with gothic settings began. In her spare time she reads everything she can get her hands on, cooks all kinds of food with her family and friends, and drinks entirely too much tea while discussing life’s finer points with her cats. Stalking Jack the Ripper is her debut novel. It incorporates her love of forensic science and unsolved history. 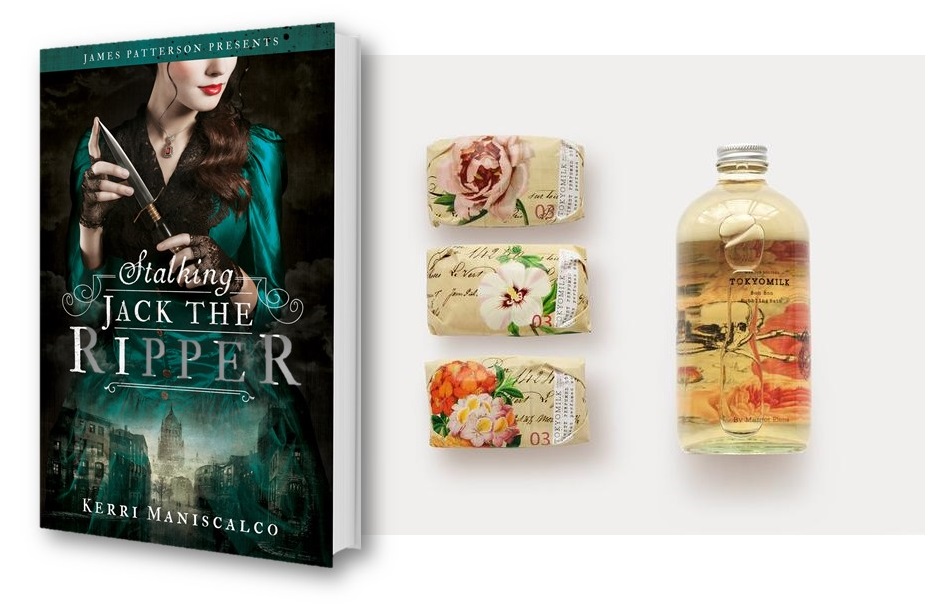 Giveaway open to US addresses only. Prizing and samples provided by Jimmy Patterson Books.

Fill out the Rafflecopter to enter. Good luck!

#AudioMonth Giveaway: Win a Year of Audiobooks!
Blog Tour: Highly Illogical Behavior by John Corey Whaley
What to Read in July: New Releases To Watch For