I have the pleasure of being the next stop on the A November to Remember tour to celebrate The Vincent Boys! 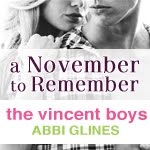 The Vincent Boys is a seductive story of attraction and betrayal. This November, the Vincent boys are helping us remember the guys who have both stolen and broken our hearts. 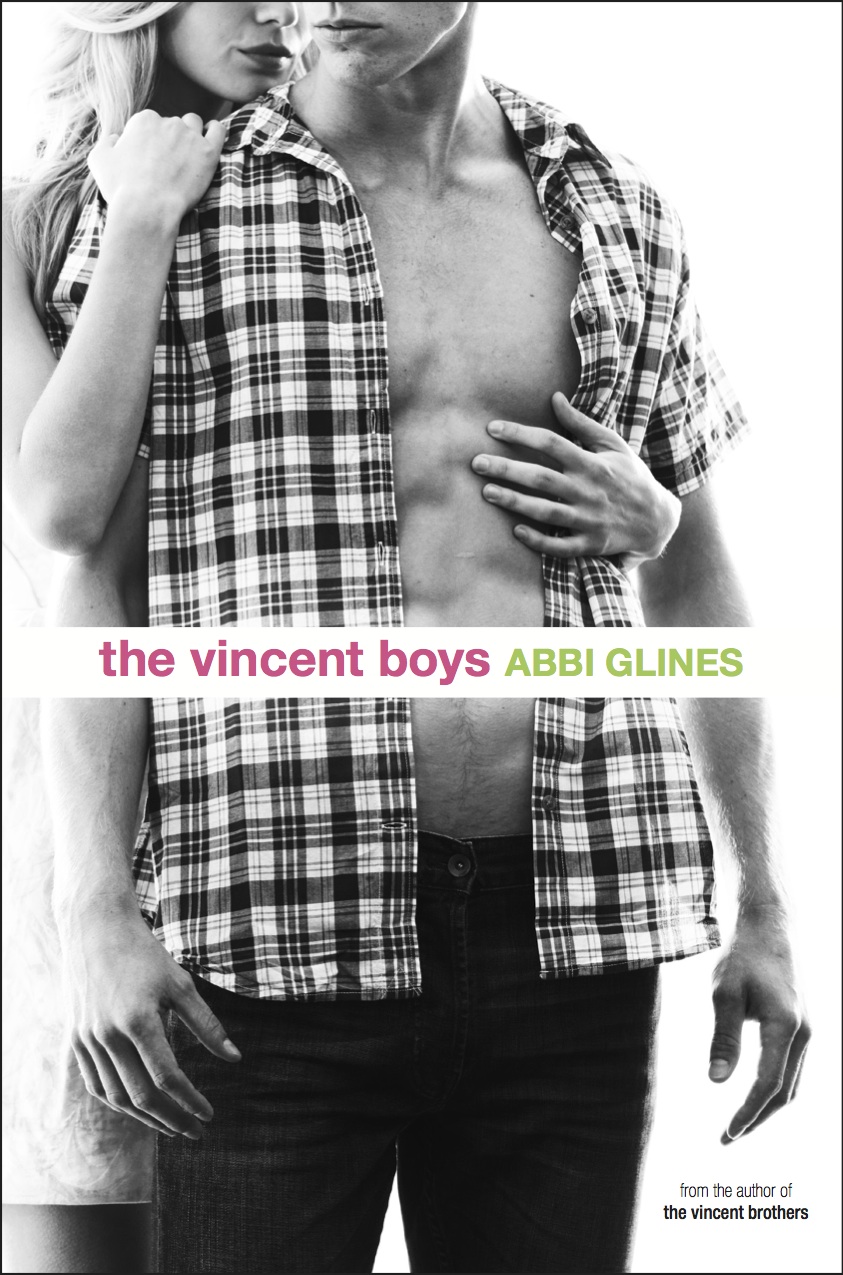 About The Vincent Boys
Get seduced by a sizzling account of attraction and betrayal in this previously self-published phenomenon.
Ashton is getting tired of being good, of impressing her parents and

playing ideal girlfriend to Sawyer Vincent. Sawyer is perfect, a regular Prince Charming, but when he leaves town for the summer, it’s his cousin Beau who catches Ashton’s eye. Beau is the sexiest guy she’s ever seen, and even though he’s dangerous, Ashton is drawn to him.
Beau loves his cousin like a brother, so the last thing he wants to do is make a move on Sawyer’s girl. Ashton is off-limits, absolutely. That’s why he does his best to keep his distance, even though he’s been in love with her forever. When Ashton wants to rekindle their childhood friendship in Sawyer’s absence, Beau knows he should say no.
Ashton and Beau don’t want to hurt Sawyer. But the more they try to stay away from each other, the more intense their urges become. It’s getting way too hard to resist….

A crush-worthy guy that reminds me of Beau from the book would have to be Friday Night Light’s Tim Riggins (aka Taylor Kitsch). You know the type – womanizer, bad-boy, tortured soul. Riggs was also in kind of a similar situation to Beau with the Jason/Lyla love triangle, which is another reason he came to mind. Tim is such an underdog and I always rooted for him to catch a break. And Beau captured my heart as well, and like Tim he has great chemistry with his girl. Now I’m feeling all nostalgic for FNL! Awww, why did it have to end? 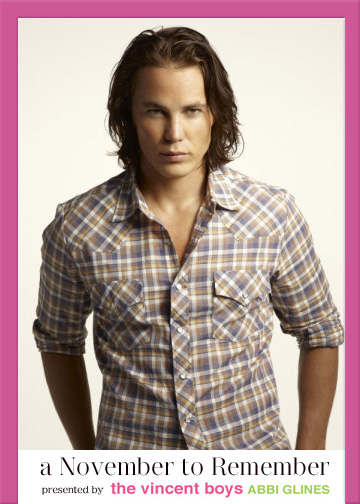 About the author: Abbi Glines can be found hanging out with rockstars, taking out her yacht on weekends for a party cruise, sky diving, or surfing in Maui. Okay maybe she needs to keep her imagination focused on her writing only. In the real world, Abbi can be found hauling kids (several who seem to show up that don’t belong to her) to all their social events, hiding under the covers with her MacBook in hopes her husband won’t catch her watching Buffy on Netflix again, and sneaking off to Barnes and Noble to spend hours lost in the yummy goodness of books.

Finished with The Vincent Brothers? Check out the Sea Breeze eBooks from Abbi Glines! BECAUSE OF LOW | WHILE IT LASTS | JUST FOR NOW

Giveaway! Time to celebrate The Vincent Boys with a date night! I’m a big fan of movie dates as you know so I’m very excited about this giveaway. One lucky entrant* will receive a copy of The Vincent Boys and a Date Night Kit including everything pictured below: 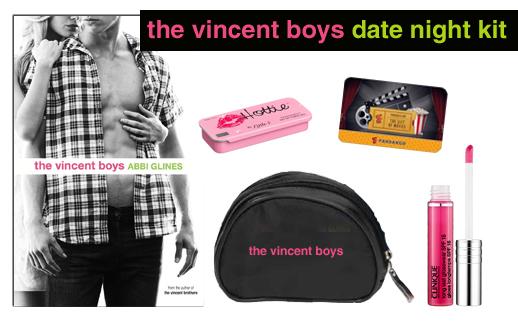 *Must be at least 13 years of age, giveaway is open to US addresses only. All prizing provided by Simon & Schuster.