I’m thrilled to share a little about The Farm, Emily McKay’s post-apocalyptic vampire novel, on my stop on the Escape is Only the Beginning blog tour. It’s been ages since I’ve read about the dark and scary type of vampires but I figured I better brush up on my end of the world prep and this is as good a place to start as any! I have a review, exclusive Q&A, and a zombie apocalypse survival kit giveaway opportunity to help you in these dark times as well! 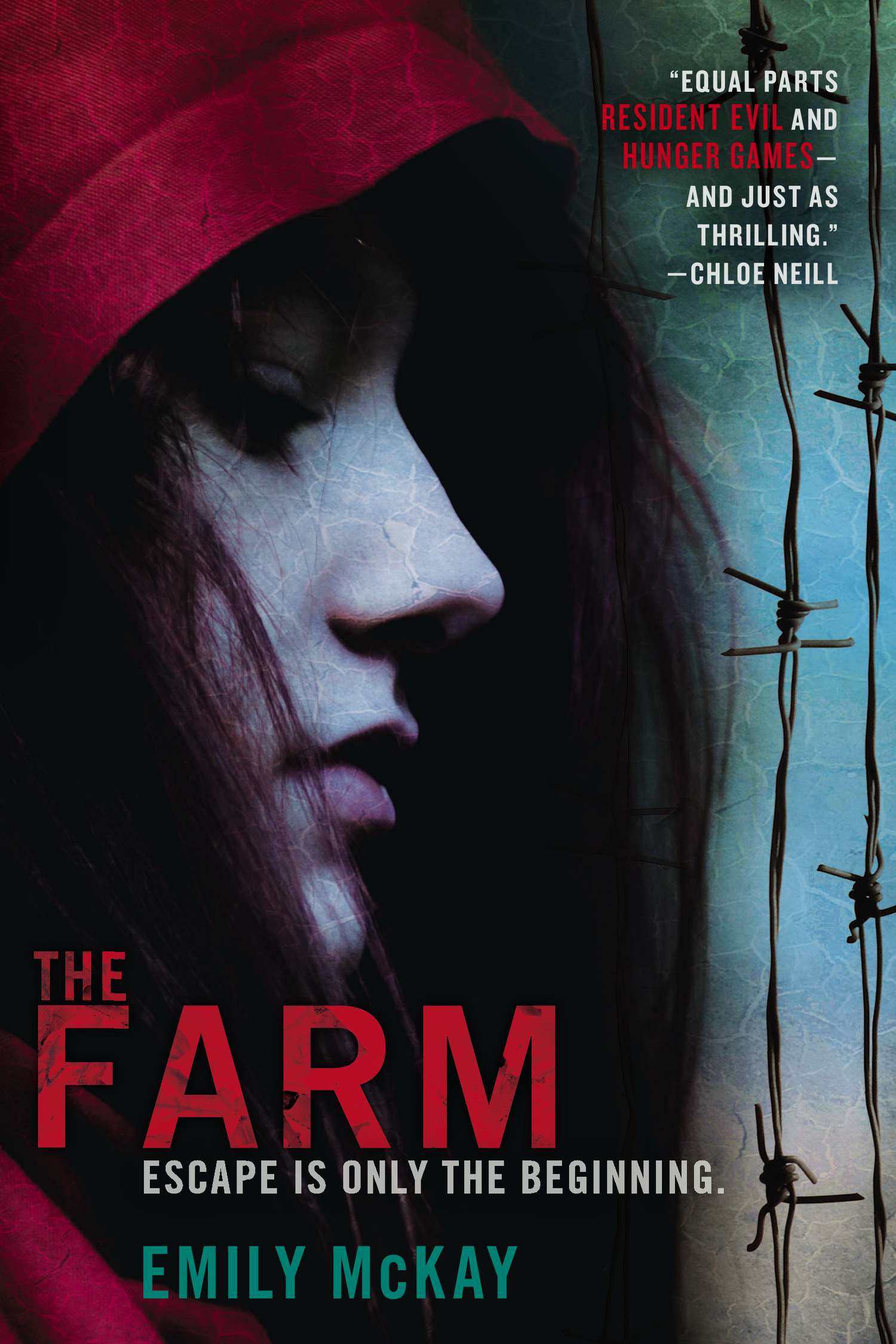 Life was different in the Before: before vampires began devouring humans in a swarm across America; before the surviving young people were rounded up and quarantined. These days, we know what those quarantines are—holding pens where human blood is turned into more food for the undead monsters, known as Ticks. Surrounded by electrical fences, most kids try to survive the Farms by turning on each other…

And when trust is a thing of the past, escape is nearly impossible.

Lily and her twin sister Mel have a plan. Though Mel can barely communicate, her autism helps her notice things no one else notices—like the portion of electrical fence that gets turned off every night. Getting across won’t be easy, but as Lily gathers what they need to escape, a familiar face appears out of nowhere, offering to help…

Carter was a schoolmate of Lily’s in the Before. Managing to evade capture until now, he has valuable knowledge of the outside world. But like everyone on the Farm, Carter has his own agenda, and he knows that behind the Ticks is an even more dangerous threat to the human race…

I was a little apprehensive to pick up The Farm. The vampire apocalypse is a little out of my comfort zone, but sometimes it’s fun to be scared and try something new. The Farm is also about the bond between sisters and features multiple POV, so that’s a plus in my book. The book starts off with a bang and the tension doesn’t let up throughout. McKay sets up the story well and slowly feeds information about the post-apocalyptic world and it’s inhabitants. There are lots of secrets and surprises in store.

Lily and her autistic younger sister Mel are twins and take turns with the narration, along with Lily’s crush from “before”, Carter. Lily’s POV is the dominant one, and is interspersed with short chapters from Mel and Carter. Mel likes to speak in nursery rhyme, and music, rhythm and tempo are very important to her making sense of the world. Her chapters are a trip and I liked getting inside her mind. Lily is very protective of Mel, especially since they are the only family they have left. The book is very strong on characterization and that made me feel more of a connection to them.

Lily wants to escape the farm with Mel before their 18th birthday. When you turn 18, you are supposed to be set free, but Lily suspects they really will be Tick food instead. Lily has an escape plan all worked out, but with Carter’s arrival the plans evolve into something bigger.

On the journey there’s romance, reveals, shocks and gore. There are some very clever twists in the book too that make me relieved there is a sequel. The pacing is great and I was entertained throughout. I liked the pop culture references in the dialogue poking fun of Twilight vampires and Vampire Diaries as well. I was pleasantly surprised with The Farm, and the strong characterization and fresh take on vampires won me over.

Go to the official Escape the Farm website for behind the scenes info & to earn points to win cool prizes.

Is Carter based on anyone in your life, or are his characteristics designed exclusively for the purposes of the book?

Emily McKay: Carter is based on my vision of the many good men I’ve known in my life.  I truly believe that they all have the ability to do amazing, protective, wonderful things to save the world, only they don’t have the opportunity (because mutated humans that drink blood haven’t attacked civilization as we know it).  Carter has that opportunity and he totally steps up and saves Lily and the world as she knows it (with a little help from her, of course).

Check out the next stop on the tour Dec. 10 for more exclusive content @ Young Adult Book Reviews.

Congrats to Sunny who won a copy of The Farm and a zombie apocalypse survival kit!