I’m sure many of you read and loved Alexandra Bracken’s The Darkest Minds last year. I was late to the party and I’m finally reading it now, and it’s SO GOOD. And the sequel, Never Fade, hits shelves this week! Read on to find out how you can win a copy of Never Fade, and a cool book t-shirt as well. 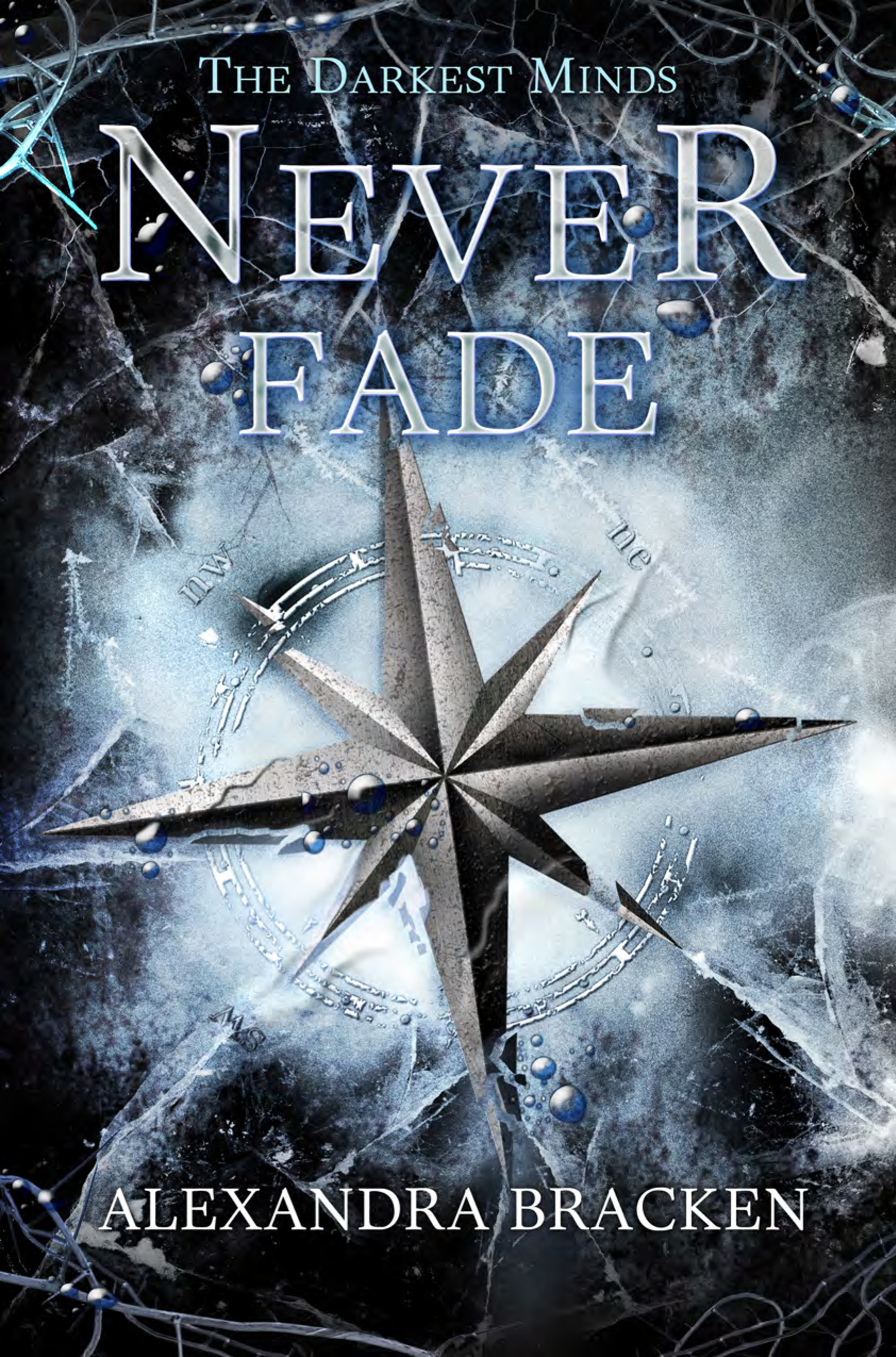 The gripping and highly anticipated second installment in a dark YA trilogy about teens with dangerous powers on the run from the government.

Ruby never asked for the abilities that almost cost her her life. Now she must call upon them on a daily basis, leading dangerous missions to bring down a corrupt government and breaking into the minds of her enemies. Other kids in the Children’s League call Ruby “Leader”, but she knows what she really is: a monster.

When Ruby is entrusted with an explosive secret, she must embark on her most dangerous mission yet: leaving the Children’s League behind. Crucial information about the disease that killed most of America’s children-and turned Ruby and the others who lived into feared and hated outcasts-has survived every attempt to destroy it. But the truth is only saved in one place: a flashdrive in the hands of Liam Stewart, the boy Ruby once believed was her future-and who now wouldn’t recognize her.

As Ruby sets out across a desperate, lawless country to find Liam-and answers about the catastrophe that has ripped both her life and America apart-she is torn between old friends and the promise she made to serve the League. Ruby will do anything to protect the people she loves. But what if winning the war means losing herself?

The series kicks off with The Darkest Minds, and the kindle edition is currently on sale for $0.99 so grab it now!

Get up to speed by checking out the official book site: http://www.thedarkestminds.com/

Check out the book trailer for the series:

Congrats to Michelle who won a copy of NEVER FADE and a book t-shirt!