Torn Away is Jennifer Brown’s (Hate List, Thousand Words) new book. In Torn Away, Jersey’s life is turned upside down (literally) when her Missouri town is ravaged by a tornado, killing her mother and sister. Now she’s carted off to relatives she doesn’t know, including the biological father who doesn’t want her, and her mother’s estranged parents, who Jersey has never met. Jersey’s life is torn away in an instant, and is hit again and again while she’s down. Can she learn to trust again and rebuild the pieces of her life? This is an emotional read that doesn’t sugarcoat Jersey’s rocky road after losing everything she’s ever known. 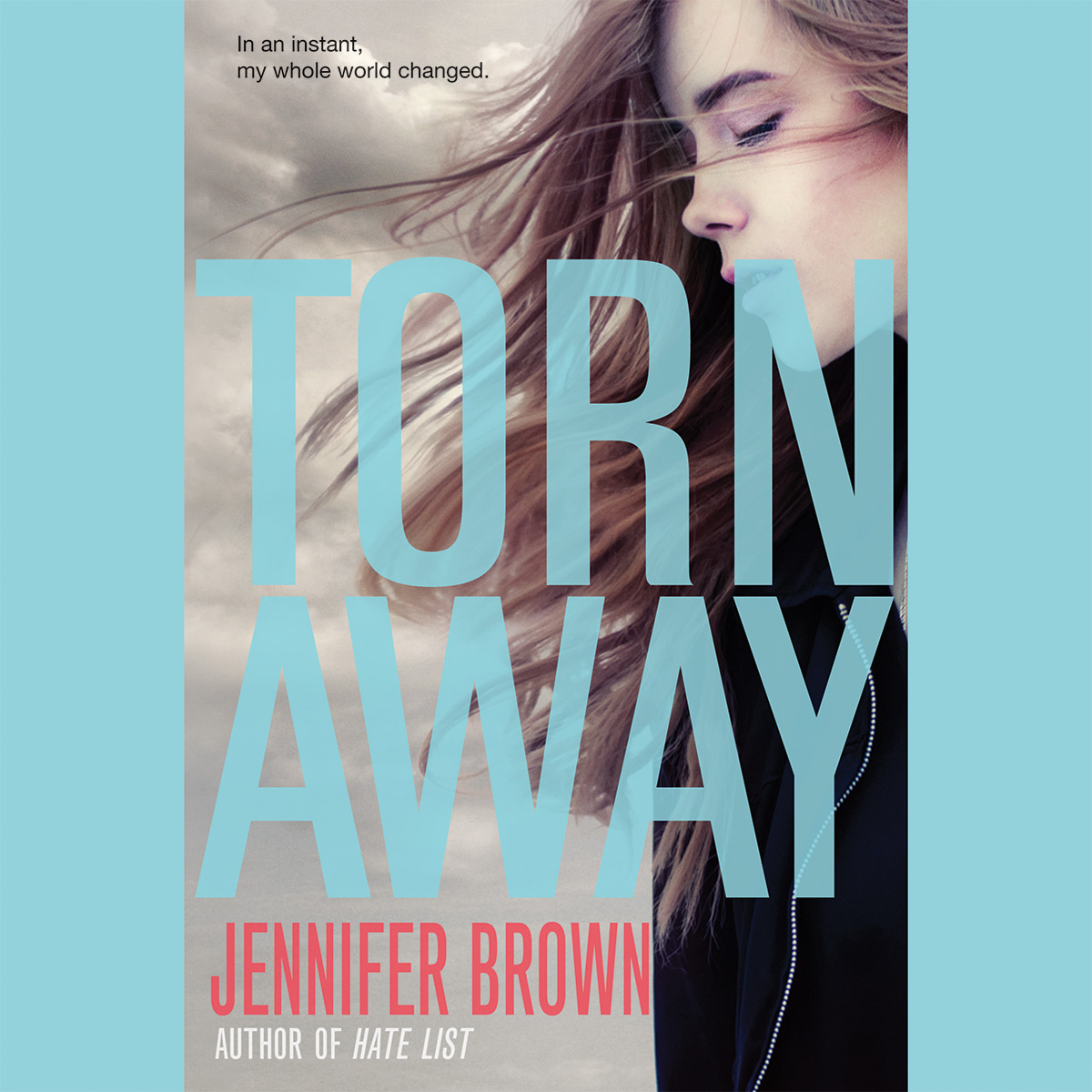 Cold Wind Blows – I’ve never been in a tornado but the idea completely terrifies me. In Torn Away, Jersey hasn’t experienced a tornado of this scope before. She’s used to ignoring the sirens because they usually don’t amount to anything. But this time it is not a drill – she has to go to the basement and take cover immediately, and she’s all alone. The Santa Ana winds were blowing pretty fierce when I was listening to this audiobook, not the same as a tornado of course, but just an eerie accompaniment to the story.

I’m a Survivor – The unthinkable happens to Jersey when she loses her family. She has to face some hard truths and mature seemingly overnight. In the aftermath of the storm, Jersey has to scrounge around for food and shelter, and personal care. She has her friend Kolby to lean on but no long-term plans for the future. Her life is in such turmoil she can barely take time to grieve for all she has lost. To make matters worse, her shell-shocked stepfather abandons her so she needs a new place to live.

The Great Escape – Jersey leaves one storm for another when she moves in with her biological father and his family- complete strangers to her. This family is a piece of work, and made me think Jersey would be better off in foster care or living on the streets. Jersey is pushed to the brink in this household, and lives in fear for her safety, let alone the fact that her basic needs are not being met.

Welcome to the Family – Finally, Jersey lands in a home that is a little more stable. The problem is, she’s living with her maternal grandparents, the ones her mother ran away from and never looked back. Jersey is tired, angry sad, and feeling guilty and takes it out on her hovering grandmother in particular. But her grandparents don’t seem to be the monsters her mother described, and Jersey gets new insight into her mother as she gets acclimated to her new living situation.

Inspiration – In the afterward of the book, author Jennifer Brown talks about her inspiration for Torn Away, the EF5 Joplin, Missouri tornado that struck May 22, 2011. She mentions that she had an author event scheduled at the Joplin Public Library around that time and when she contacted them to reschedule, the organizers asked her to come anyway to help build community morale. She did go and it was very well attended. Brown says that with Jersey’s story she wanted to show what happens when you “lose everything” and how you can redefine “everything” and rebuild.

The Words – Jennifer Brown wrote a book that is very relatable for anyone going through life challenges. Jersey’s story is heartbreaking and hard to read at times, but ultimately inspiring. I ached for Jersey and her predicament, but I appreciate that Brown makes Jersey’s problems relatable and doesn’t cover up the pain. Brown illustrates Jersey’s internal struggle and paints the tornado devastation in a realistic way. There are some side characters that you will love, and some that you will hate with a passion in Torn Away. It’s Jersey that really stands out though, and Brown shows her raw emotional state expertly.  Brown writes an addictive read that you won’t want to put down until the end. This is my first read by this author, and I’m eager to catch up with her back catalog.

The Voice – Lauren Fortgang (Out of the Easy) performs the audiobook, and since I loved OOTE I was excited to get the chance to hear her narration again. Fortgang gets to flex her acting muscles with this intense story. She rolls with the punches of Jersey’s life, making Jersey sound sad, angry, scared, and happy with the changing winds. She gets to play the villain with Jersey’s first stint with her father and his family, and effortlessly switches over the voice of the kinder and gentler grandparents. The production is crisp and clear, and Fortang’s pacing and emotional connection is spot on. You know the narration is good when you stop noticing it and just get lost in the story and that was the case here.

Check out a sample of Lauren Fortgang’s performance:

Read Torn Away if you like – Contemporary YA, characters dealing with adversity, and disaster stories. 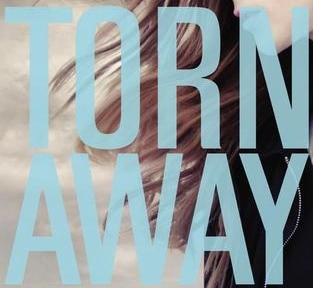 7 thoughts on “Torn Away by Jennifer Brown Audiobook Review”