The Movie Date is a weekly feature where we discuss movies that may appeal to YA readers. Andrew is The Reading Date’s resident movie critic and this week he discusses Short Term 12, a 2013 film directed by Destin Daniel Crettin. 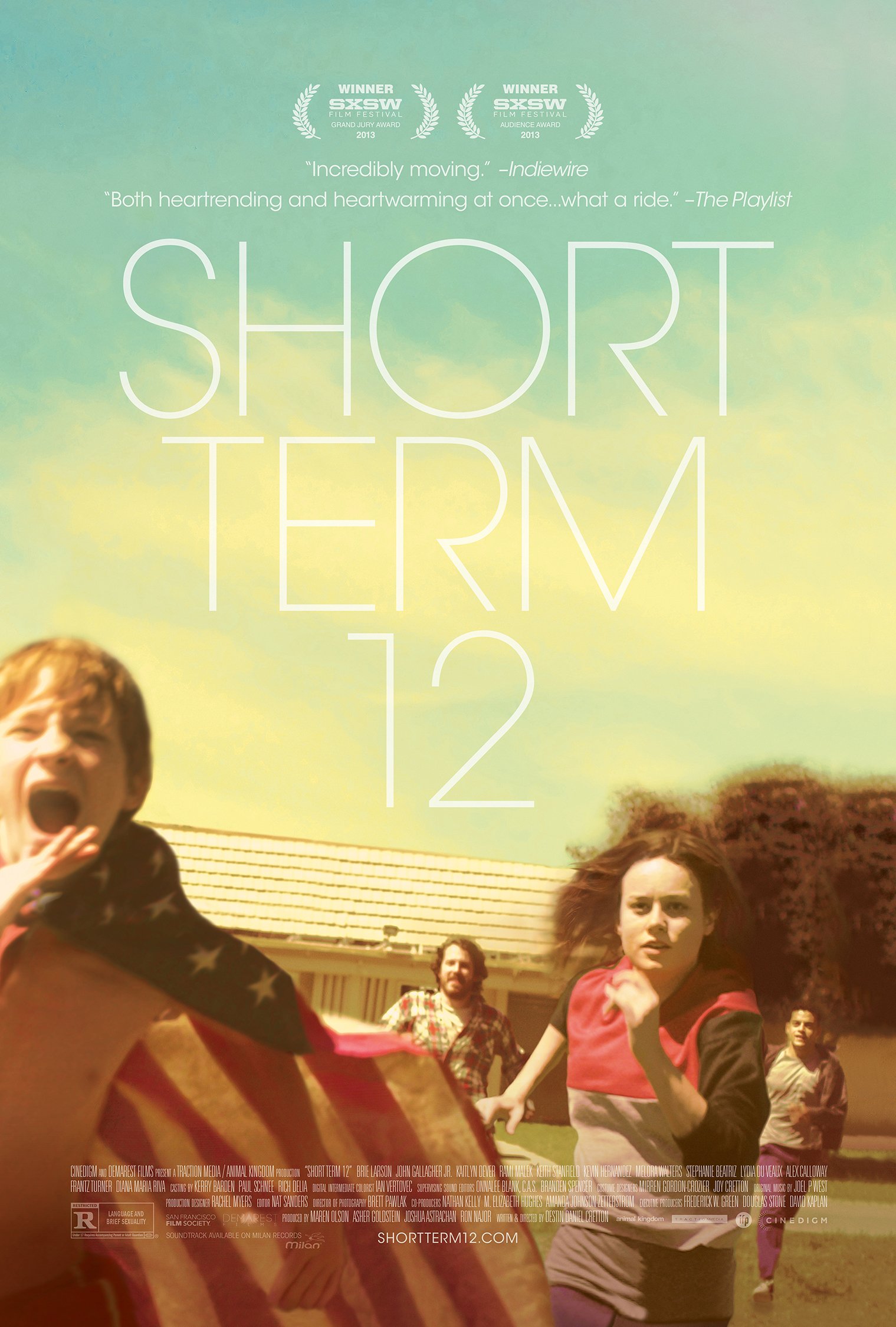 Working at a group home for unstable teens is demanding enough, but the arrival of a troubled young girl forces supervisor Grace to confront her own past.

If you’re an at-risk teen, Short Term 12 is a pretty decent place to wind up. It’s a well-funded, low-key facility in a sun-drenched California suburb with a mellow, devoted young staff. Though reminded constantly that she’s just a shift worker and not a therapist, supervisor Grace (Brie Larson, The Spectacular Now) is still a bit of a miracle worker; she has a gift for talking calmly and personably to acting-out kids, sympathizing with each of their personal dramas.

How does she do it? Grace is no stranger to trauma herself, and she has the scars—psychological and physical—to prove it. When she and her boyfriend / co-worker Mason (John Gallagher, Jr., HBO’s The Newsroom) are getting intimate, she fights back most unexpectedly, frightening herself even more than him. She shows mercy when she finds angry but talented inmate Marcus with contraband, refusing to write him up because she doesn’t want him to go to jail like her still-incarcerated father. And learning of her own pregnancy gives her pause: though Mason is willing to be a father, Grace is not sure she’d be a good mother, fearing she’d turn out another neglected and abused kid like the ones she tries to save each day.

The movie gets plenty hairy and “real,” but thankfully never goes quite as dark as you’re afraid it will. The two most intense scenes are monologues by troubled kids in the form of artful writing projects. Marcus reveals his mother’s neglect through a heartbreaking hip hop rhyme: “to live a life never knowing what a normal life’s like.” New inpatient Jayden, an artistic if distant girl that Grace immediately identifies with, hints at her own awful issues in the guise of a children’s story. In it, Nina the Octopus is a tragically trusting sea creature who has the poor judgment to choose a hungry shark as a playmate. The tale helps Grace understand the real issues at hand, leading her to consider desperate acts to protect Jayden from further abuse.

Gritty as the film is, its deep faith in the resilient human spirit actually left me in an upbeat mood. Though Short Term 12 relates an interesting character arc for Grace, its workplace setting and changing cast of patients made it feel like an episode or two of a sensitive and insightful TV series. It’s a show I’d watch each week, too, to meet the new kids and hear about their challenges. But mostly I’d be there cheer on the memorable Grace, played brilliantly by Larson. She’s a true heroine, fighting for kids’ souls with confidence and, yes, grace.

Short Term 12 is now playing on Netflix streaming. Check out the official Short Term 12 site for more info. This film is rated R and runs 96 minutes.

Edited to add some twitter buzz from a couple YA authors about Short Term 12:

Short Term 12 is a very worthwhile punch right in the effing heart. Great movie. And now I'm going to cry for a while.

I know I get excited about a lot of things. But "Short Term 12" is seriously great. Hopeful and humane, but also genuinely romantic & funny.