I’m so excited to be part of The World Of Weir blog tour in support of The Heir Chronicles series finale The Sorcerer Heir! Read on to find out more about the tour, check out my contribution, “The Warriors Playlist“, and enter to win all 5 books in the series!

ABOUT “THE WORLD OF WEIR” BLOG TOUR

Those with magical powers in The Heir Chronicles series by Cinda Williams Chima are known as the Weir. The World of Weir blog tour leads up to the release of the can’t-miss series finale, The Sorcerer Heir (in-stores October 21st) by celebrating the magical fantasy world and the five types of magical guilds. Follow along for playlists, nail art, and more inspired by the series, plus exclusive excerpts from the upcoming finale:

I love the theme of The Warriors and had a lot of fun creating The Warriors Playlist. I went with a rock theme for that “fighting song” vibe. The warriors can get pumped up for battle by listening to these songs. And bonus, this would probably make an excellent workout playlist as well!

Check out more cool content inspired by THE WARRIORS all this week: 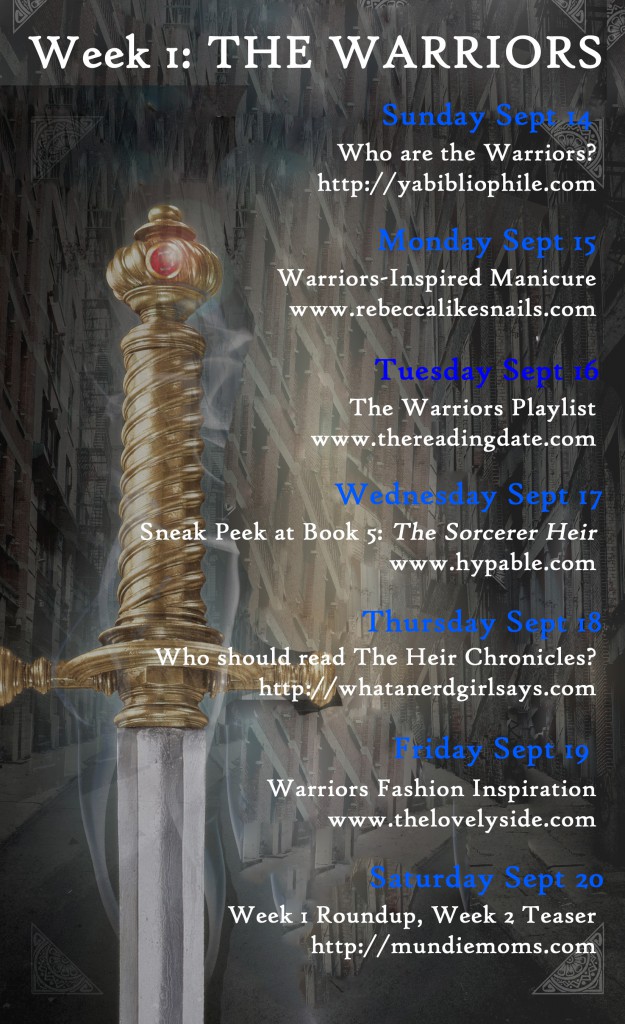 ABOUT THE HEIR CHRONICLES

The Heir Chronicles series will keep readers glued to their seats through riveting fight scenes, deadly political machinations, burgeoning romance, and the unfolding intrigues of a contemporary magical world.

The Sorcerer Heir is a self-contained story accessible to readers just discovering the Heir series, but loyal fans will be rewarded by visits from beloved (and lovingly reviled) characters.

Praise for the series:

“Chima uses her pen like a wand and crafts a wonderfully rich web of magic, while thankfully leaving some dangling threads for subsequent tales.” –VOYA  (starred review)

ABOUT THE SORCERER HEIR 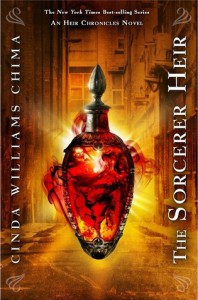 The can’t-miss finale to the beloved and bestselling Heir Chronicles series.

The delicate peace between Wizards and the underguilds (Warriors, Seers, Enchanters, and Sorcerers) still holds by the thinnest of threads, but powerful forces inside and outside the guilds threaten to sever it completely. Old friends and foes return as new threats arise in this stunning and revelatory conclusion to the beloved and bestselling Heir Chronicles series.

The Sorcerer’s Heir is a self-contained story, accessible to readers just discovering the Heir series, but loyal fans will be rewarded by visits from characters they love (and love to hate) from the earlier installments. Readers will be glued to their seats through riveting fight scenes, deadly political machinations, burgeoning romance, and the unfolding intrigues of a contemporary magical world.

Open to US Addresses only, must be 13 or older to enter

To enter please fill out the Rafflecopter form. Giveaway ends Sept. 23. Void where prohibited by law.

11 thoughts on “The World of Weir Blog Tour: The Warriors Book Playlist & Giveaway”