Today is the release day for Lorraine Zago Rosenthal’s INDEPENDENTLY WEALTHY, the sequel to last year’s NEW MONEY. This series centers around Savannah Morgan, the heroine in her own modern rags to riches Cinderella story. Savannah inherits a fortune from her media tycoon father’s estate, but along with the newfound wealth comes problems from her stepfamily. In this standalone sequel, Savannah digs deeper into the mystery of her father’s death. This is a fun, charming, holiday themed book to add to your winter TBR. I’m excited to share a review, excerpt and giveaway with you today! 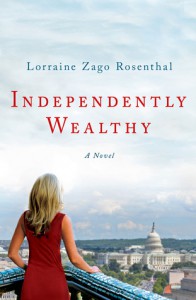 In Lorraine Zago Rosenthal’s sequel to New Money, Savannah Morgan delves into the mystery of her late media mogul father’s death and uncovers more than she ever expected.

In New Money, Savannah Morgan was thrust into high society New York when she learned she was the sole heir to her media mogul father’s billion dollar fortune. In Independently Wealthy she is living her dream life on the Upper West Side, excelling at her job as an editorial assistant, and enjoying her handsome new boyfriend, Alex.

Everything in Savannah’s life should be perfect—except she can’t ignore the mystery of her father’s death. Her hopes of solving this complicated and dangerous mystery are shared by Caroline Stone—her newfound sister who is slowly becoming a friend. Savannah decides to investigate, but not everyone wants Savannah to know the truth. Her domineering older brother, Ned has his own problems, including a lingering regret over his recent divorce, the constant pressure of running the Stone media empire, and managing a playboy bachelorhood. As Savannah’s quest for the truth becomes more complicated and dangerous she is led to Washington, D.C., an alluring stranger, and more surprises, trouble, and changes than she ever could have imagined.

Readers will be swept away by Savannah Morgan once again as she unravels the mystery of her father’s death on Capitol Hill with all the charm and perseverance of when she first arrived in New York City.

My first introduction to Lorraine Zago Rosenthal was with her debut Other Words for Love (read it if you love 80s era New York YA!) I was excited to see that Rosenthal has this new crossover series, and had such a blast reading it. The seasonal touches in Independently Wealthy put me in a festive mood, and the light and breezy tone kept me turning pages.

Savannah has an enviable life in Manhattan with a great job, swanky apartment and a generous $10k/week allowance. Though it all seems so perfect and fairytale like, I still found Savannah to be relatable. I love how she uses her new good fortune to help others as a “Secret Santa.” (I need one of those!)

On the relationship front, Savannah also has a full plate. Her love life is in flux – her boyfriend Alex is overbearing, her ex Jack tries to make amends, and a new guy enters the picture when the action moves to Washington, D.C. So much drama!

I liked seeing the character development in this book, especially with the stepsiblings Caroline and Ned. Savannah and these two are wary of each other considering the circumstances; though bond over their desire to solve the mystery of their father’s death. It’s really satisfying to see their relationships evolve.

The whodunit mystery plays out in a surprising way and adds an interesting dimension to the story. There are many suspects in the murder of the powerful Edward Stone! Savannah shows her smarts with her investigative skills.

I read this series out of order, but the author gets you up to speed on what’s happened so far and I think it works just fine as a standalone. But reading Independently Wealthy will probably give you an appetite to read the first book anyway to get more of the backstory.

This is an entertaining and crisply written book with a lot of personality. Read Independently Wealthy if you like contemporary fiction, stories set around the holidays or/and set in New York/DC, and stories about twenty-somethings settling into their careers. 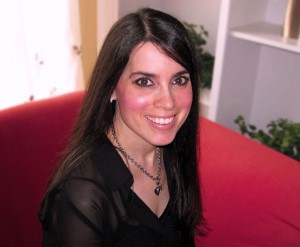 LORRAINE ZAGO ROSENTHAL was born and raised in New York City. She earned a bachelor’s degree in psychology and a master’s degree in education from the University of South Florida. She also earned a master’s degree in English, with a concentration in American and British literature, from Northern Kentucky University. Lorraine’s debut novel, Other Words for Love, was published in 2011, and her second novel, New Money, was published in 2013. She currently lives near Cincinnati, OH with her husband.

One (1) winner will receive hardcover copies of Independently Wealthy and New Money!

Prizing courtesy of St. Martin’s Press, and fulfilled by The Reading Date

To enter, please fill out the Rafflecopter:

a Rafflecopter giveaway
Be sure to follow all the stops on the Independently Wealthy blog tour for more reviews, fun posts, and giveaways: