I’m a fan of Lisa Desrochers paranormal Personal Demons series, and I was excited to hear she was branching out into New Adult. Lisa’s next book is called A Little Too Far, and the queen of romantic tension herself Jennifer L. Armentrout even wrote the blurb! Here’s what she has to say about it:

—”More than a ridiculously sexy, HOT read, Desrochers takes you on a wild ride of self-discovery and bittersweet romance.” —Jennifer L. Armentrout (J. Lynn), New York Times bestselling author of Wait for You

Without further ado, I’m thrilled to share the spicy cover of A Little Too Far: 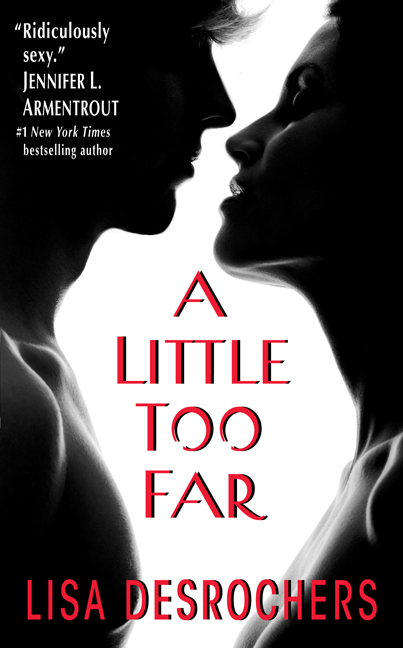 About A Little Too Far:

Have you ever gone just a little too far?

Yep. She just had mind-blowing sex with her stepbrother. In her defense, she was on the rebound, and it’s more of a my-dad-happened-to-marry-a-woman-with-a-super-hot-son situation. But still, he’s been her best friend and confidant for better part of the last few years…and is so off limits. It’s a good thing she’s leaving in two days for a year abroad in Rome.

But even thousands of miles away, Lexie can’t seem to escape trouble. Raised Catholic, she goes to Confession in hopes of alleviating some of her guilt…and maybe not burning in hell. Instead, she stumbles out of the confessional right into Alessandro Moretti, a young and very easy on the eyes deacon…only eight months away from becoming a priest.

As Lexie and Alessandro grow closer, and when Alessandro’s signals start changing despite his vow of celibacy, she doesn’t know what to think. She’s torn between falling in love with the man she shouldn’t want and the man she can’t have. And she isn’t sure how she can live with herself either way. 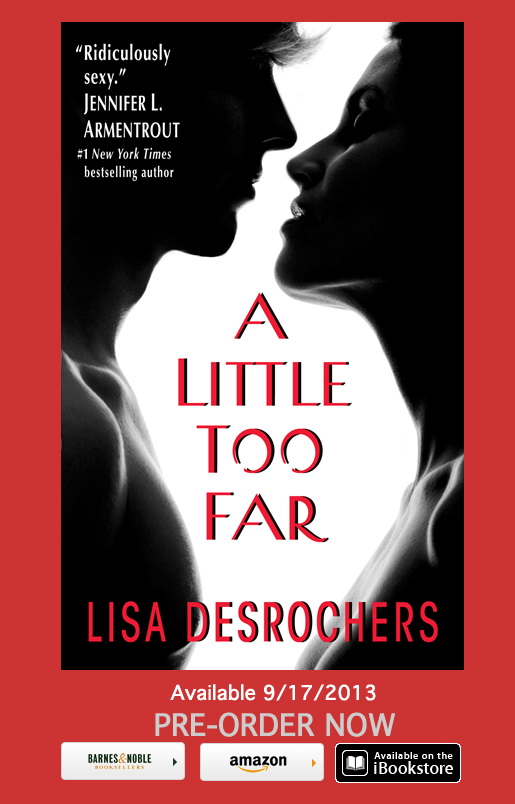 Forbidden love and Rome – sounds like a pretty hot read, don’t you think? We have a few months to wait for the book, but to tide you over there’s a cool A Little Too Far swag pack up for grabs. Click here to access the International Rafflecopter giveaway form.

4 thoughts on “Cover Reveal: A Little Too Far by Lisa Desrochers”