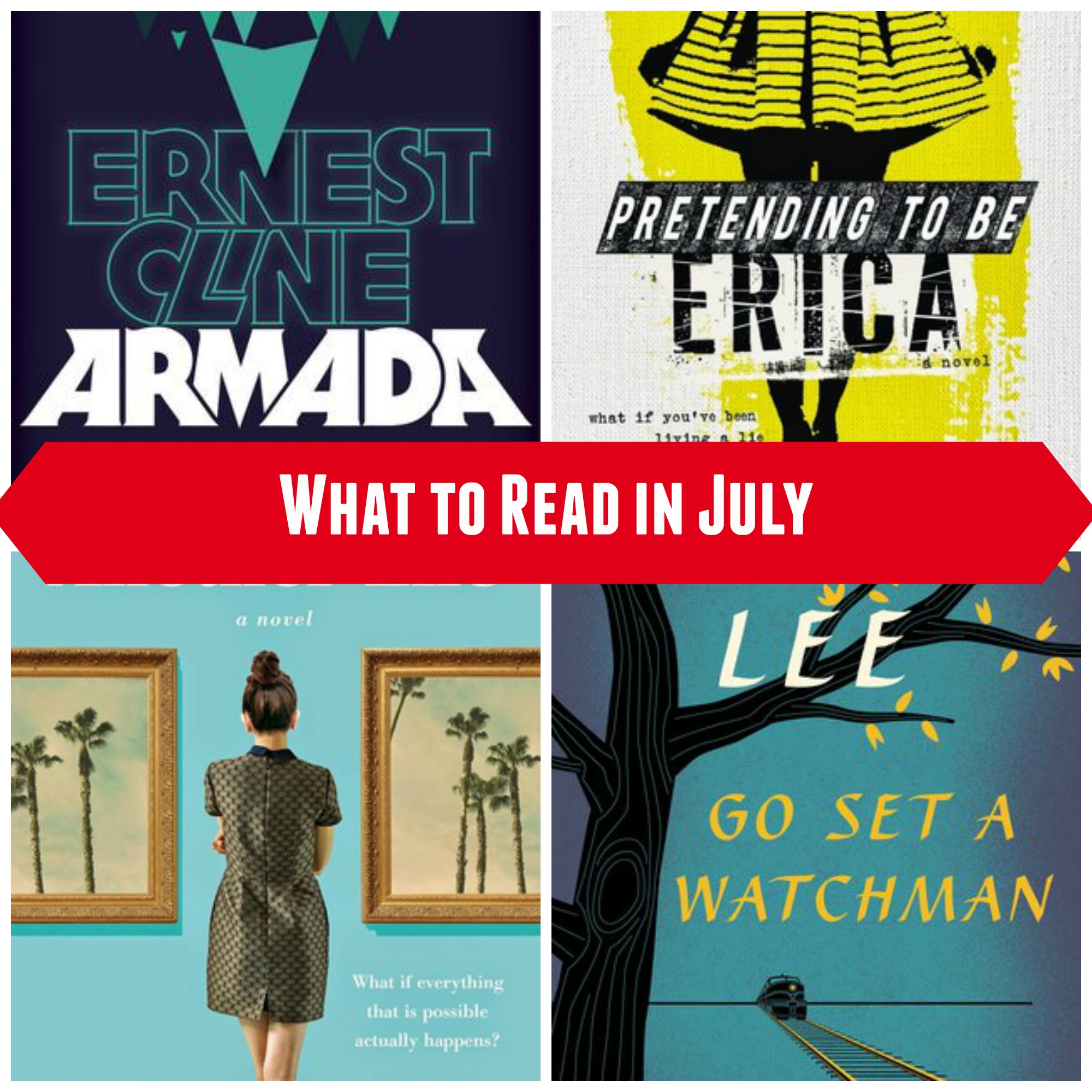 It’s not even July yet and I am totally over the heat. Better to stay indoors with the AC and a good book, or catch a movie. Here are the books I have my eye on in July- I’ll be bringing some of these to read in line at Comic-Con this month.

Twenty Books to Read in July:

Paperweight by Meg Haston – Harper Teen. This book is about a girl in treatment for an eating disorder, and the guilt she feels over losing a loved one.

Don’t Ever Change by Beth M. Bloom – Harper Teen. Eva is a writer who sets out to experience life more to write a better story.

A Million Miles Away by Lara Avery – Poppy. A girl loses her twin sister in a car crash and can’t bear to tell her sister’s boyfriend (a soldier in Afghanistan) the truth, so she poses as her instead.

Survive the Night by Danielle Vega – Razorbill. The title refers to an underground rave set in the NYC subway system. The party turns deadly as the partiers try to “survive the night.”

Jesse’s Girl by Miranda Kenneally – Sourcebooks Fire. Maya is mentored by a country star for career day and she gets to find out if she has what it takes to make it as a star.

About a Girl by Sarah McCarry – St. Martin’s Griffin. This is the last book in the Metamorphoses trilogy but can also be read as a standalone.

Map to the Stars by Jen Malone – Harper Impulse. This Hollywood behind-the-scenes story sounds fun, and it’s written by a movie studio insider.

Pretending to be Erica by Michelle Painchaud – Viking Books. Violet and her con man dad have spent their life making Violent into the likeness of a missing heiress, and now it’s time to put the plan into action.

All We Have is Now by Lisa Schroeder – Scholastic. It’s the end of the world…what do you do with your time left?

Maybe in Another Life by Taylor Jenkins Reid –  Washington Square Press. This story is about fate and second chances and alternate universes. The heroine gets the chance to see what her life would be like if she followed two different paths.

Swerve by Vicki Pettersson – Gallery Books. A woman’s fiancé is kidnapped at a rest stop and she gets caught up in a deadly game trying to save him before the clock runs out.

The Flying Circus by Susan Crandall – Gallery Books. This is “an adventure tale about two daredevils and a farm boy who embark on the journey of a lifetime across America’s heartland in the Roaring Twenties.”

Armada by Ernest Cline – Crown. My “Waiting on Wednesday” post for Armada is two years old and still popular so I know I’m not alone in my excitement for this one!

South on Highland by Liana Maeby – Little A. An up-and-coming screenwriter falls into addiction in this story based on the author’s own life.

Go Set a Watchman by Harper Lee – Harper. It’s the sequel that is 55 years in the making. Are you planning to re-read To Kill a Mockingbird first? I think I’m going to listen to both books.

Love Lies Beneath by Ellen Hopkins – Atria Books. I just found out about this book recently. It’s a psychological thriller about a woman who meets the perfect guy  who might not be so perfect after all.

The Coincidence of Coconut Cake by Amy E. Reichert – Gallery Books. It had me at coconut cake, but this love story between a chef and a food critic sounds really cute.

Pretty Baby by Mary Kubica – Mira. I enjoyed Kubica’s The Good Girl, and this one sounds like another nail-biting thriller.

If I Could Turn Back Time by Beth Harbison – St. Martin’s Press. Anyone else singing the Cher song now? This is about a woman who wishes her life turned out differently, and she suddenly wakes up and is 18 again. Will she change her path this time around?

What are you looking forward to reading in July?

Ten April TV Premieres to Watch
What to Read in February

Audiobook Review: In Some Other World, Maybe
Twelve Books to Read in October
Top Ten Books I’m Looking Forward To In 2015

3 thoughts on “Twenty Books to Read in July”