Here are some books that have made their way to me in July: 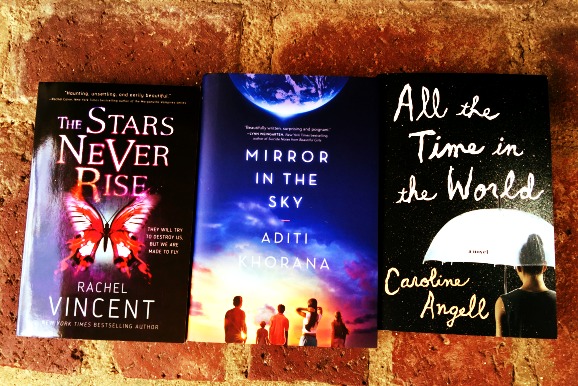 The Stars Never Rise by Rachel Vincent from Penguin Random House  – New in paperback, this is the first book in a series about a girl who teams up with exorcists to save her sister and the world.

Mirror in the Sky by Aditi Khorana from Penguin Random House – Tara is trying to navigate high school and the discovery of Earth’s mirror planet in this debut.

All the Time in the World by Caroline Angell from Macmillan  – Charlotte is torn between her music career and her nanny gig in this funny and emotional debut. 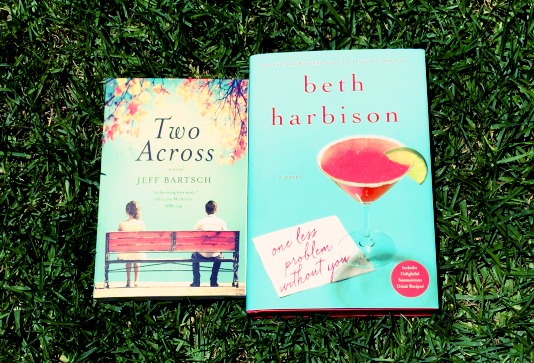 Two Across by Jeff Bartsch from Hachette  – New to paperback, this 1960’s rom-com follows two National Spelling Bee winners (they tied) over the years. They communicate through their shared obsession: crossword puzzle construction. I’ve listened to the audio of this one and enjoyed it but think it might be even better in print.

One Less Problem Without You by Beth Harbison from St. Martin’s Press – This novel follows three women at a crossroads who all end up working together at Cosmos, a New Age kind of shop. The store sells special cocktails that might help them all get what they’re looking for. 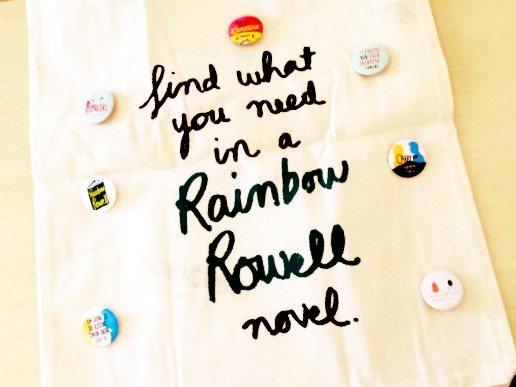 I also received some Rainbow Rowell swag for being such a superfan. Thanks Griffin Teen! I shall wear my Rainbow swag with pride while I await Rainbow’s next book.

From my digital mailbox:

Furious Rush by S.C. Stephens from Forever – Mackenzie is a rookie motorcycle racer who falls for her rival in this series debut.

Wanderlust by Roni Loren from InterMix – A restaurant critic fills in for a peer to cover the music scene and ends up falling for Wanderlust’s lead singer.

You’ll Grow Out of It by Jessi Klein from Grand Central Publishing – This collection of humorous essays from Inside Amy Schumer’s head writer cover the topic of gender, dating and more.

P.S. I Like You by Kasie West from Point – Lily exchanges notes on a desk with an anonymous student and is shocked when she finds out the identity of the mystery pen pal.

The Woman in Cabin Ten by Ruth Ware, read by Imogen Church from Simon & Schuster Audio – A journalist gets assigned to cover a luxury cruise, but her dream job turns dark when she witnesses a woman being thrown overboard. But there’s no record that this woman was ever on the ship. Dun-Dun- Duuun!!

The Perfect Neighbors by Sarah Pekkanen, read by Madeleine Maby from Simon & Schuster Audio – Everyone has a secret in Newport Cove- and what is the new neighbor hiding?! This sounds like a Liane Moriarty- type book.