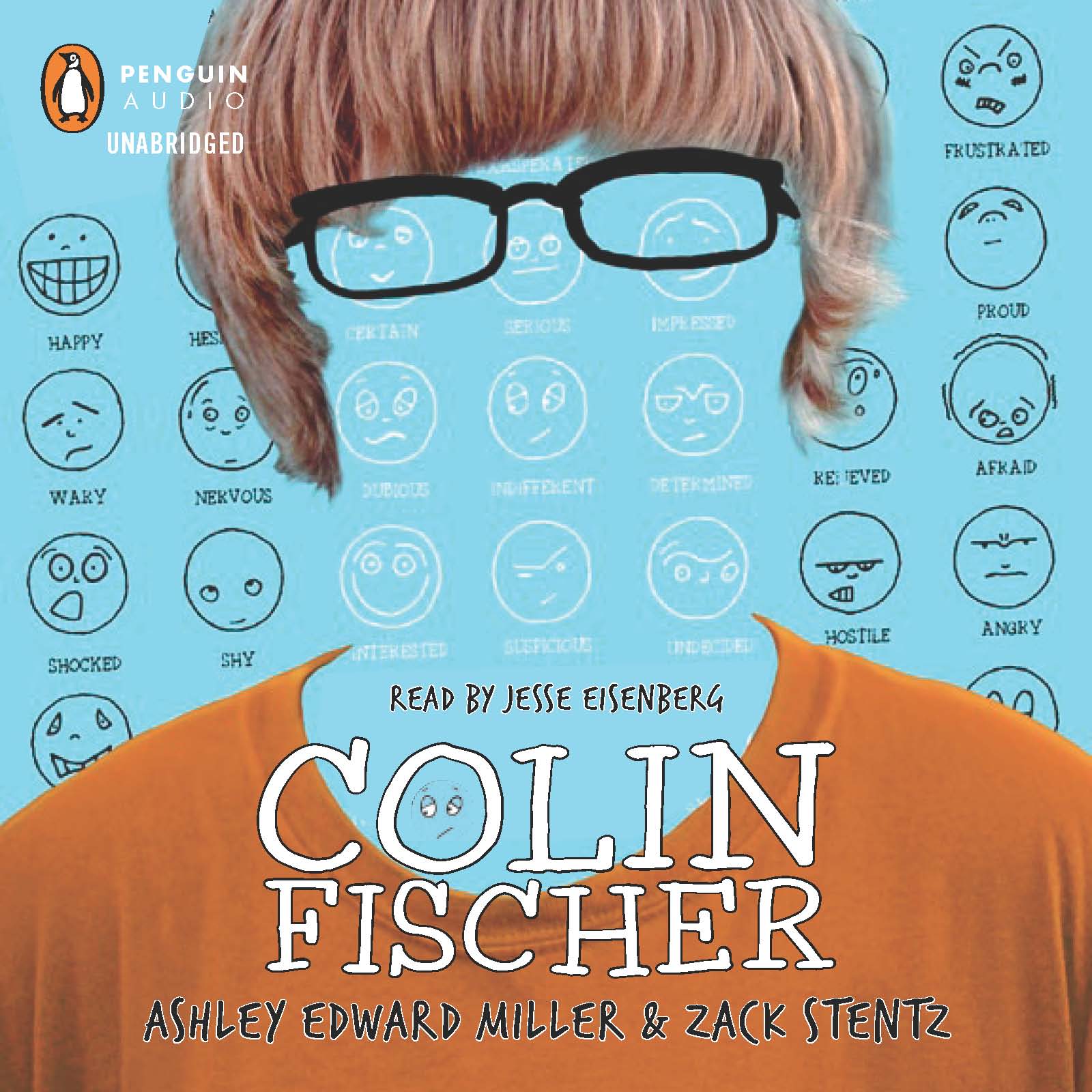 I jumped at the chance to listen to the Colin Fischer audiobook because it’s a YA mystery and the cover looks fun and quirky. I’ve been reading a lot of romance lately and it’s nice to try something different for a change. The co-authors of Colin Fischer are the screenwriters behind such films as X-Men: First Class and Thor, and it’s easy to imagine the book translating well to TV or movie screens. Colin Fischer is about a teenage boy with Asperger syndrome who is just starting high school. He has a knack for solving mysteries and signs on for his biggest case yet at school.  It’s a sweet, witty read that anyone who ever felt like an outsider will relate to.

The first day of high school brings big changes to Colin’s life. This is the first year he won’t have a shadow adult to help him with any social challenges. His teachers and principal expect him to follow the rules like every other student, and his PE excuse note is not accepted, and if he gets out of line he’ll get detention like anyone else. His first morning gets off to a rocky start when school bully Wayne Connelly shoves his head in the toilet. But when a gun goes off at school and Wayne is ID’d as the shooter, Colin sets out to prove that his tormentor is innocent.

Colin carries around a notebook to jot down clues and observations for review. He also draws facial expressions of his fellow students to help discern their meaning. He’s very logical and analytical and perceptive and is a natural detective. He’s also detached and factual, and when bullies call him names for the most part they don’t bother him because he knows what they’re saying isn’t true. The book includes Colin’s notebook entries as well as his many footnotes in the storytelling narrative. Colin has a very high IQ and is knowledgeable about a wide variety of topics as the footnotes illustrate. Colin has a younger brother that is resentful towards all the attention their parents pay him, and his parents are involved and loving.

Jesse Eisenberg (The Social Network) narrates the audiobook and really gets inside Colin’s head. One thing that threw me off in the beginning is that parts of the book sound like there’s an echo or tunnel sound. But quickly I realized that this is to differentiate Colin’s notebook entries from the rest of the book. Eisenberg reads with a detachment and rationality that is well suited to Colin’s character. His different character voices are subtle as I prefer and I enjoyed his reading overall. I’m glad I listened to the audiobook instead of reading the book, though I’m curious to flip through the book next time I’m in a bookstore to see how the footnotes and journal entries look in print.

Colin Fischer is a quick read and I liked the character of Colin a lot. It’s neat for the reader to pick up different meanings to the situations Colin faces.  And there are some charming side characters as well. The footnotes are interesting and informative and help the reader to understand the way Colin’s mind works. However, I found my mind wandering at times during longer footnote sections and then I’d get behind in the book and have to go back. The book jumps around a bit and lost me at times but it’s an enjoyable short read.

From the way the book concludes it feels like there may be more mysteries in store, and I’m looking forward to more adventures with Colin.

Such a Rush by Jennifer Echols Book Review and Giveaway
2013 Reading Challenges
The Week Before the Wedding Blog Tour: Interview with Beth Kendrick

This is Where I Leave You Audiobook Review
Mailbox Monday