The Movie Date is a feature where we discuss movies that may appeal to the YA audience. Andrew is The Reading Date’s resident movie critic and this week he discusses the Netflix holiday special A VERY MURRAY CHRISTMAS, starring Bill Murray and many celebrity guests, and directed by Sofia Coppola.

I was really confused when I heard about this Netflix holiday special. You mean the legendary and reclusive Bill Murray is starring in his own hour-long Christmas program—and it’s a musical? With Miley Cyrus? I couldn’t imagine a middle ground between the glitzy, old-school TV variety show promised and Murray’s own laconic comedy style beloved by today’s hipsters.

Surprisingly, this odd but loveable piece achieves both ideals. It’s actually a narrative comedy that plays as a quirky art-house film, not too surprising as it’s directed by Sofia Coppola. It opens with Murray singing the Christmas blues; he’s depressed since his live holiday special being created that night is doomed. A blizzard that has shut down New York prevents his star-studded cast from showing up, along with his technical crew and the entire audience.

Thankfully, the pathetic spectacle of Murray crooning holiday tunes to an empty house is over before it starts, and he and pianist Paul Shaffer retire to the hotel bar to drown their sorrows. There, the holiday magic takes over, and the hotel’s staff and few guests turn the gloomy, candle-lit night into a spontaneous celebration. They’ve all got great voices and work through the holiday songbook in an intimate acoustic jam session that recalls MTV Unplugged (if you’re old enough to remember those!). Finally, through a bit of magic we glimpse the glamorous, ridiculous, old-school holiday special, starring a couple real A-listers, that Murray had originally envisioned.

Perhaps the film’s biggest draw is its amazing cast of celebrities, some playing themselves but most in character roles. The list includes SNL alums Amy Poehler, Chris Rock, and Maya Rudolph, plus Buster Poindexter, Jason Schwartzman, Michael Cera, and Rashida Jones. The special’s laid-back, spontaneous, ad-libbed tone is a welcome break from the season’s oft-hollow glitz and glamour. And it’s a great chance to spend time with the still-hilarious Bill Murray, whose husky, weathered singing voice brings its own comfort and joy.

A Very Murray Christmas is now streaming on Netflix. 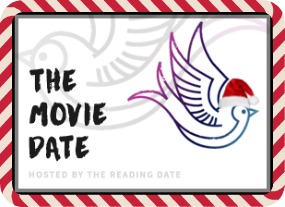 One thought on “The Movie Date: A Very Murray Christmas”