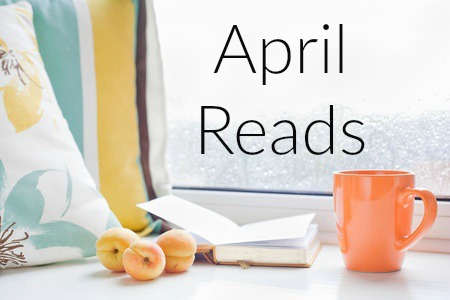 It’s April and it’s raining books! I’m still catching up on the March book releases (though I read 7 of them, not too shabby!). Here are some of the April book releases on my radar:

When We Collided by Emery Lord – This summery dual-pov love story takes on grief and mental illness. April 5, Bloomsbury.

Asking for It by Louise O’Neill – This popular Irish novel is about the aftermath of a sexual assault and was inspired by similar cases here in the US. April 5, Quercus.

Booked by Kwame Alexander – This middle grade novel-in-verse is about a soccer fanatic and reluctant reader who is dealing with bullies and family issues. April 5, HMH Books.

Scarlett Epstein Hates it Here by Anna Breslaw – This funny, feminist debut is about fanfic writer Scarlett and how her online life intersects with her IRL. April 19, Razorbill.

The Star-Touched Queen by Roshani Chokshi – I am really picky about my fantasy reads but have a feeling I’m going to enjoy this Indian folklore and mythology based debut. April 26, St. Martin’s Griffin.

Fifteen Lanes by S.J. Laidlaw – This is my current read and it’s a page-turner. It’s set in Mumbai and about Noor, a daughter of a sex worker, and Grace, a bullied private-school student. When they meet, their lives are forever changed. April 5, Tundra.

Tell Me Three Things by Julie Buxbaum – Jessie moves from Chicago to Los Angeles when her dad remarries after her mom’s death. After a rocky start at her new school, an anonymous online peer helps her adjust. April 5, Delacorte.

The New Guy (and Other Senior Year Distractions) by Amy Spalding – An over-achieving senior falls for an ex-boy bander who arrives at her school, but their romance sours when he gets in the way of her academic goals. April 5, Poppy.

Will You Won’t You Want Me? by Nora Zelevansky – Marjorie had it all in high school, but ten years later she’s struggling with her career, friendship and love life. Can she get herself out of this rut? April 19, St. Martin’s Griffin.

Dirty by Kylie Scott – The first book of the Dive Bar series is about the romance between a jilted bride and a former musician/bartender. I’m about halfway through this entertaining read. April 19, St. Martin’s Griffin.

The Year We Turned Forty by Liz Fenton & Lisa Steinke – Three best friends get the chance to relive the year they turned forty to try to course correct their life choices. April 26, Washington Square Press.