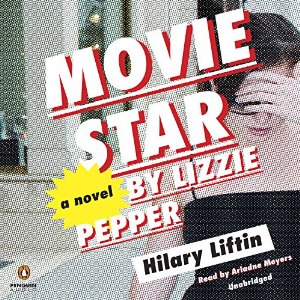 Chosen by Entertainment Weekly, Good Housekeeping, Cosmopolitan, and The Hollywood Reporter as a great summer read.

"I've had a million meetings in my acting career, and I had no idea that this would be the one that would change my life forever. I walked into the room, and there was Rob...in the flesh."

Actress Lizzie Pepper was America's girl next door, and her marriage to Hollywood megastar Rob Mars was tabloid gold; a whirlwind romance and an elaborate celebrity-studded wedding landed them on the cover of every celebrity weekly. But fame, beauty, and wealth weren't enough to keep their marriage together. Hollywood's "it" couple are over - and now Lizzie is going to tell her side of the story.

Celebrity ghostwriter Hilary Liftin chronicles the tabloids' favorite marriage as Lizzie Pepper realizes that when the curtain falls, her romance isn't what she and everyone else thought. From her lonely holidays in sumptuous villas to her husband's deep commitment to a disconcertingly repressive mind-body group, Lizzie reveals a side of fame that her fans never get to see in a story that will have every reader guessing the real-life inspirations for its players. Full of twists and turns, Movie Star by Lizzie Pepper is a breathless journey to the heights of Hollywood power and royalty and a life in the spotlight that is nearly impossible to escape.

Movie Star by Lizzie Pepper is Hilary Liftin’s debut novel, though you may be familiar with her work. She’s ghostwritten several popular celebrity memoirs of stars like Miley Cyrus, Mackenzie Phillips, and Tori Spelling. That talent comes in handy in this novel/Hollywood exposé. Movie Star takes the reader behind closed doors of an A-list couple- one that bears a striking resemblance to a real-life tabloid couple.

It’s funny that I don’t see myself as a celebrity memoir reader. If this were a book written by a celebrity about her marriage then I probably wouldn’t be interested. But since this is a novel I feel perfectly fine tucking it into my beach bag. I think you should read what makes you happy- nothing should be a guilty pleasure so I don’t know why I’m resistant to reading some celebrity tell-alls. Movie Star is kind of like The Royal We – the novel loosely based on Royal “It couple” William and Kate. And in that vein, Movie Star bears more than a passing resemblance to TomKat’s story.

In Movie Star by Lizzie Pepper, Lizzie tells the story of her failed marriage to Hollywood A-lister Rob Mars. She has to “audition” for the part of his girlfriend, Rob publicly and embarrassingly declares his love for her, there are persistent gay rumors about Rob, and he’s involved in a cult-like religion with Hollywood ties called One Cell Studios. Lizzie is an actress herself though takes a break to raise their twins and try to live a “normal” life. I was laughing because while I was reading this book I received a Scientology leaflet on my doorstep – they have eyes everywhere!

This book is really juicy and the perfect summer page-turner for fans of celebrity fiction. Movie Star draws you in immediately like a True Hollywood Story – making you fall for the Lizzie/Rob romance in the beginning and then later root for Lizzie to escape the clutches of One Cell and Rob. If you follow celebrity gossip you’ll especially enjoy getting an imagined inside-look at a popular couple’s downfall. This is a really quick, entertaining read and I was sad to see it end.

I listened to the Movie Star audiobook, read by Ariadne Meyers (We Were Liars, All the Bright Places.) Meyers is a good fit for homespun gal Lizzie. Listening to the audio just made the story feel that more like a celebrity memoir and Meyers really got into character. She conveys Lizzie’s naiveté in the beginning and evolves with her character’s growth. Meyers also does with the other characters like the scripted husband Rob, the husky whisper of the One Cell leader, and the children’s voices. I did speed up the narration a bit, but other than that I was very happy with my choice to listen to this one.

Check out an audio sample:

I’d hand this one to fans of The Royal We and The Knockoff. Sign me up for more books like this from Hilary Liftin. 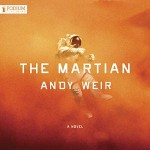 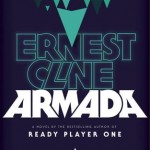