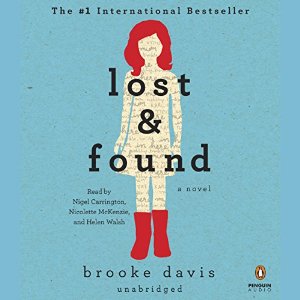 An irresistible debut novel about the wisdom of the very young, the mischief of the very old, and the magic that happens when no one else is looking. Millie Bird, seven years old and ever hopeful, always wears red gumboots to match her curly hair. Her struggling mother, grieving the death of Millie's father, leaves her in the big ladies' underwear department of a local store and never returns.  Agatha Pantha, 82, has not left her house - or spoken to another human being - since she was widowed seven years ago. She fills the silence by yelling at passersby, watching loud static on TV, and maintaining a strict daily schedule. Karl the Touch Typist, 87, once used his fingers to type out love notes on his wife's skin. Now that she's gone, he types his words out into the air as he speaks. Karl's been committed to a nursing home, but in a moment of clarity and joy, he escapes. Now he's on the lam. Brought together at a fateful moment, the three embark upon a road trip across Western Australia to find Millie's mother. Along the way, Karl wants to find out how to be a man again; Agatha just wants everything to go back to how it was. Together they will discover that old age is not the same as death, that the young can be wise, and that letting yourself feel sad once in a while just might be the key to a happy life.

In Brooke Davis’ debut, Lost & Found, seven-year-old Millie Bird is abandoned in a department store and trying to reconnect with her mother. Helping her are two elderly strangers who know a little something about the grief Millie is experiencing.

This book was a big hit in Australia and is new to US shelves. Lost & Found is full of quirky, larger than life characters and situations but at its heart is a book about grief. Check out the charming book trailer:

Millie has an obsession with death, and catalogs the dearly departed in her “Book of Dead Things.” The latest entry on her list is her father. The death hits Millie and her mother hard, leading to Millie’s abandonment in the lingerie department.

Millie actually hides out undetected for a couple days waiting for her mum’s promised return, and eventually meets “Karl the Touch Typist” in the café. The elderly widower escaped from the nursing home and agrees to help Millie- he’s eager for adventure. The trio is complete with Agatha, an ornery widow who hasn’t left her house since her husband’s death. When Millie shows up on her doorstep, Agatha realizes she has no choice but to help her.

The three (plus Manny the Mannequin) set off to find Millie’s mother. All of them are dealing with grief in their own way but are reinvigorated with their new companions and this adventurous road trip.

The theme of death, aging, and abandonment is heavy but the tone of the book is light and quirky. (Think The Rosie Project) I like quirky road trip stories so I was drawn to this one and could totally imagine it as a movie. It is a weird little book with a slapstick comedy style so it’s not going to have universal appeal, but I enjoyed the dark humor for the most part.

I listened to the audiobook, performed by Nigel Carrington, Nicolette McKenzie, and Helen Walsh. The narrators did a good job of bringing the characters and Australian setting of Lost & Found to life. The performers ramped up the comedy and also made the emotional scenes resonate. I enjoyed listening to this one, though I think it would work well in print too. In this scene from the audiobook, the trio is on the way to Melbourne and Agatha remembers her life with her husband, and contemplates train time:

If you’re looking for something quirky, touching and a little different consider picking up Lost & Found. 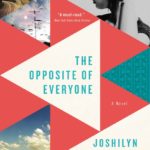 Blog Tour: The Opposite of Everyone by Joshilyn Jackson