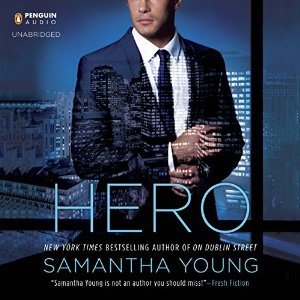 The emotional and unforgettable new romance from the New York Times bestselling author of the On Dublin Street series. Alexa Holland’s father was her hero—until her shocking discovery that her mother and she weren’t his only family. Ever since, Alexa has worked to turn her life in a different direction and forge her own identity outside of his terrible secrets. But when she meets a man who’s as damaged by her father’s mistakes as she is, Alexa must help him. Caine Carraway wants nothing to do with Alexa’s efforts at redemption, but it’s not so easy to push her away. Determined to make her hate him, he brings her to the edge of her patience and waits for her to walk away. But his actions only draw them together and, despite the odds, they begin an intense and explosive affair. Only Caine knows he can never be the white knight that Alexa has always longed for. And when they’re on the precipice of danger, he finds he’ll do anything to protect either one of them from being hurt again....

I’m not up to date on Samantha Young’s On Dublin Street series, though I’ve loved the books I’ve read so far. So, it was a no-brainer to pick up Young’s new standalone novel. Hero features a romance between Boston billionaire businessman Caine Carraway and his new personal assistant Alexa Holland. There is some bad blood between them and some serious family skeletons in the closet that makes their relationship complicated. Caine takes all his issues out on Alexa, but their scorching chemistry is undeniable.

I really liked this story and Caine and Alexa’s slow-burn romance. The first half had me hooked and rooting for these two to put aside their issues and admit their feelings. There are some mysterious twists and reveals that add some intrigue to this romance.

Our hero Caine is controlling and demanding and puts Alexa through the wringer. He has her bringing in his favorite coffee order at 6:30 am, working late every night, and even breaking up with his girlfriend. The devil wears Armani, indeed. Caine resents Alexa for something that is really not her fault, so it’s hard to warm up to Caine at first.

Alexa holds her own though as the strong, feisty heroine. She needs the job as Caine’s PA and is trying to make the best of it. Alexa gets some insight into the frosty Caine through his elderly neighbor/matchmaker Effie.

The situation heats up when Alexa goes on a date with Caine’s friend and soon there is a different type of tension in the office.

I listened to the audiobook of Hero, performed by Angelica Lee. Lee is a new-to-me narrator and I think she did a fine job here, especially with Alexa’s voice. She also had some fun with Effie’s voice, giving her a distinct Boston accent. Lee stretches her vocal muscle with different voices for the males in the cast, from Alexa’s grandfather to Caine’s flirty pal Henry, to the coolly confident Caine himself. The reading pace was a tad slow for my taste, but overall the audiobook was an entertaining listen.

Hero is a well-written romance with lots of drama, steam, and witty banter. I believe this is a standalone novel, though there is another couple in Hero that I wouldn’t mind reading more about. If you are a fan of love/hate romances, or the billionaire businessman trope (think Christina Lauren’s Beautiful Bastard, Sylvia Day’s Crossfire series, or a certain book that’s taking movie theaters by storm this weekend) you should definitely give Hero a try.