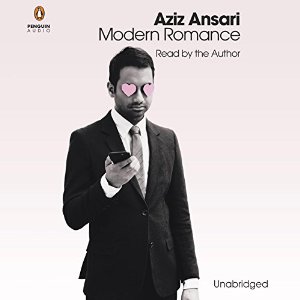 At some point every one of us embarks on a journey to find love. We meet people, date, get into and out of relationships, all with the hope of finding someone with whom we share a deep connection. This seems standard now, but it's wildly different from what people did even just decades ago. Single people today have more romantic options than at any point in human history. With technology, our abilities to connect with and sort through these options are staggering. So why are so many people frustrated? Some of our problems are unique to our time. "Why did this guy just text me an emoji of a pizza?" "Should I go out with this girl even though she listed Combos as one of her favorite snack foods? Combos?!" "My girlfriend just got a message from some dude named Nathan. Who's Nathan? Did he just send her a photo of his penis? Should I check just to be sure?"But the transformation of our romantic lives can't be explained by technology alone. In a short period of time, the whole culture of finding love has changed dramatically. A few decades ago, people would find a decent person who lived in their neighborhood. Their families would meet, and, after deciding neither party seemed like a murderer, they would get married and soon have a kid, all by the time they were 24. Today people marry later than ever and spend years of their lives on a quest to find the perfect person, a soul mate.For years Aziz Ansari has been aiming his comic insight at modern romance, but for Modern Romance, the audiobook, he decided he needed to take things to another level. He teamed up with NYU sociologist Eric Klinenberg and designed a massive research project, including hundreds of interviews and focus groups conducted everywhere from Tokyo to Buenos Aires to Wichita.

Aziz Ansari bucks the celebrity memoir trend and instead writes a humorous book on dating in the digital age. In Modern Romance, Ansari teams up with sociologist Eric Klinenberg to look at dating habits and cultural trends and the pros and cons of finding love on your smartphone.

Ansari touched on these dating topics in his stand-up routines – and found that his audience could relate to his dating woes. With Modern Romance, Ansari expands on the topic in an informative and interesting way while also providing lots of laughs.

Ansari and Klinenberg conducted modern romance focus groups and interviews in cities in the US, Tokyo, Buenos Aires, Paris, and Doha. They also reached out to the Reddit community to get feedback from even more folks from around the world.

Part of Ansari’s research takes place in a retirement home, where he learned many of the residents chose their spouse based on how close they lived to their house. Many residents said they married early just to get out of their parents house and envy the choices people have now. Today there are so many options available, and more people wait to get married until they are financially secure and hold out for finding a soulmate. Still, Ansari points out his parents had an arranged marriage and they are still happily married today.

I’ve been married so long- we still had landline phones when I was dating, so I don’t have personal experience with the very popular Tinder and other dating apps. It was interesting to hear how successful online dating has become with the advent of the smartphone. The findings show that “between 2005 and 2012 one-third of all the couples who got married in the United States met on the Internet.” Wow! People text to ask someone out, research a potential date, online stalk an ex or even to break up. (Remember SATC’s Carrie’s outrage at being broken up via post-it note? Now breaking up via text is standard.)

Though there are clearly many benefits of digital dating, like the larger dating pool (no more having to date just your neighbors) Ansari talks a lot about the need to connect on an emotional level face-to-face. Text back and forth a little but then make a plan to meet in person. Make an effort on your dates and create a memorable experience.

I listened to the Modern Romance audiobook, read by author Aziz Ansari. Even though you don’t get the benefit of seeing the pictures, charts and graphs, I venture the audiobook is still the better experience to have. Ansari is a natural performer and really has fun with the audio format. He pokes fun of the listener for being too lazy to read the book (“What are you going to do now? Go to a restaurant and have someone read the menu to you?”). He also uses funny voices to quote his test subjects and teases out the audiobook intro music. Ansari makes the audiobook feel like a special experience rather than an obligation.

Scarlet by Marissa Meyer Audiobook Review
In My Mailbox (48)

Audiobook Review: We Should Hang Out Sometime by Josh Sundquist
The Ultimate Western Blog Tour Featuring Linda Lael Miller and the Ultimate Ranch Giveaway
Be My Galentine