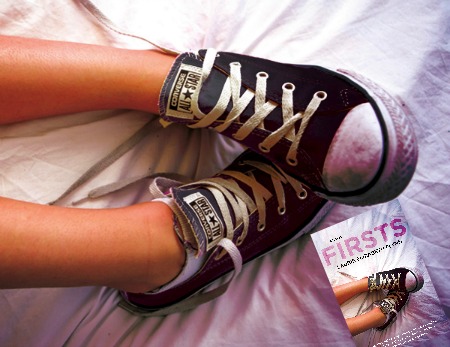 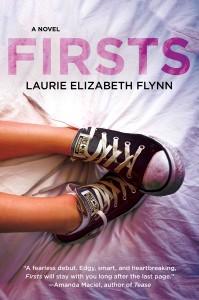 In the vein of Easy A, an honest and refreshing young adult novel about sex, love, and high school.

Seventeen-year-old Mercedes Ayres has an open-door policy when it comes to her bedroom, but only if the guy fulfills a specific criteria: he has to be a virgin. Mercedes lets the boys get their awkward fumbling first times over with, and all she asks in return is that they give their girlfriends the perfect first time-the kind Mercedes never had herself.

Keeping what goes on in her bedroom a secret has been easy - so far. Her mother isn't home nearly enough to know about Mercedes' extracurricular activities, and her uber-religious best friend, Angela, won't even say the word "sex" until she gets married. But Mercedes doesn't bank on Angela's boyfriend finding out about her services and wanting a turn - or on Zach, who likes her for who she is instead of what she can do in bed.

When Mercedes' perfect system falls apart, she has to find a way to salvage her own reputation -and figure out where her heart really belongs in the process. Funny, smart, and true-to-life, Laurie Elizabeth Flynn's Firsts is a one-of-a-kind young adult novel about growing up.

Hi friends! I’m excited to be a participant in the Firsts blog tour. Firsts is Laurie Elizabeth Flynn’s debut and it hit stores at the start of the year and it was my first official 2016 read in fact. Read on to find out what I thought of the book, read a book excerpt, check out the book trailer, and enter to win a copy of Firsts for yourself.

Firsts is about Mercedes, aka Mercy, a girl who takes it upon herself to be the “first” for high school guys who want to give their girlfriends a great sexual first experience. She had a bad first experience herself and wants to help other girls to have a better, safer time of it. This experiment kind of spirals out of control for Mercedes, and is definitely uncomfortable to read about at times but I just couldn’t look away.

Mercedes has a rocky relationship with her mom- she even calls her by her first name (Kim) since she doesn’t think she’s deserving of the mom title. Basically Mercedes has a lot of unsupervised time and gets in over her head with her special project. Complicating matters is Zach, her lab partner who likes her and wants more, her friendship with the religious Angela; Faye, the new girl in school, plus making sure these sexual encounters are kept secret.

We learn more about Mercedes’ past and why she decides to embark on this sexual adventure. She’s taking back some of her sexual control in a way that she thinks will benefit inexperienced guys and their girlfriends, saving them some of the pain that she had. Along the way she bends the rules she constructed for herself and questions her motivations in this experiment.

What first drew me to this book is the comparison to the movie Easy A, and like that movie this book makes you think about sexual double standards. Mercedes is a strong, complex, sex-positive character that shows strength and growth throughout the novel. Her journey may challenge you as a reader but this is a book you’ll want to talk about.

Laurie Elizabeth Flynn is an author to watch and writes a riveting, thought-provoking debut.

Tonight, I’m doing Evan Brown’s girlfriend a favor. An awkward, sweaty, fumbling favor. Melanie, or whatever her name is, owes me big time.
Except she’ll never know it.

“You’re not staying over,” I say, fastening the robe around my waist. “You’ll get there. Girls care less about that than you think. Especially in the beginning. You can work up to it together.”

He grins. He looks different, more handsome somehow. In the softer light, his pimples aren’t as evident and his jawline seems more pronounced. One day, I think Evan Brown could even be a heartbreaker.

But that day isn’t today.

I glance at the clock on my nightstand. Eleven p.m. on a Tuesday. “It’s a school night, Evan. Time for you to go. Your mother will wonder where you are.” Or I assume she would. Most mothers do. Not mine, of course.

“You don’t owe me anything. Just be good to her, okay? Remember everything we talked about.”

I know he will. He even took notes. Open her car door for her. Bring her flowers, not something generic like roses but her actual favorite flowers. Have dinner reservations in advance, not necessarily somewhere fancy but somewhere meaningful, like where you had your first kiss or where you realized you loved her. Kiss her, not just on her lips but in unexpected places. On the nape of her neck. On her forehead. On her wrist. Push her hair behind her ears gently. Take a picture. She’ll want to remember the night.

I swallow against a lump that has risen up suddenly in my throat. It’s not that Evan is different—he’s a nice guy, a kid who loves his girlfriend and wants to please her. Maybe I’m the one who’s different. Maybe this speech is starting to feel too familiar. I told myself five favors for five deserving virgins. Five was the line I drew in the sand, and I trampled over it like it wasn’t even there. Evan is the tenth, and ten is a line I can’t just trample past.

But I’m certainly not going to get into this with Evan, so I put on a fake smile. I gesture around the room at the chaise lounge and walk-in closet and floor-to-ceiling shoe rack. “Besides, I really don’t need your money. Spend it on Melody.”

He pulls his boxers and pants back on. His movements are more measured, not the bumbling, terrified movements of the Evan Brown who entered my bedroom an hour ago. Even his voice seems deeper, like he came here a boy and is leaving as a man. I suppose that’s not far from the truth. I allow myself a little smile, a real one this time. It’s easy to reaffirm what I do. What happened to Evan in my bedroom will change him, make him into a more consider- ate lover, even a better boyfriend. Moments like these are what made that line in the sand so easy to obliterate.

Moments like these, I could see an eleventh, even though I promised myself that’s not going to happen. I’m starting the second half of senior year with all of my good karma already under my belt.

“I don’t know where you came from, but you saved my life, Mercy. I mean, Mercedes. I don’t know what I would’ve done with- out you.”

“You would’ve ripped five condoms by accident, and you might’ve drowned the girl in saliva. But now, you’re going to nail it. Literally.”

He tugs his shirt over his head. “When Gus told me how you helped him, I didn’t believe it. But he was right—you’re an angel.” He pauses. “But can I ask you—”

I cut him off midsentence. “No, you can’t. Don’t spoil it.” “But you didn’t even let me finish,” he protests.

“Goodnight, Mercy. Uh, Mercedes.” He gets to my bedroom door and pauses with his hand on the doorknob.

“This won’t be awkward at school tomorrow, will it?” he says, looking back at me.

“Of course not,” I say, folding my arms over my chest. “It’s not going to be awkward at all, because what happened in this room becomes just a figment of your imagination the second you walk out that door.”

He gives me a tight-lipped smile and pulls the door shut after him. I can see his shoes underneath, can tell he’s lingering there, wondering if he said too much or not enough, not entirely convinced that his secret is safe with me.

But he has nothing to worry about. His secret, like those of nine of his fellow seniors, is safe with me. At Milton High, I’m my own statistic. People fail to see the great equalizer, the one thing the band geeks, the drama nerds, the jocks, and the preppies all have in common.

Me—Mercedes Ayres.
The girl who took their virginity.

Firsts is on sale now!

Laurie Elizabeth Flynn went to school for journalism and later worked as a model, a job that took her overseas to Tokyo, Athens, and Paris. She lives in London, Ontario, with her husband and her Chihuahua.

Enter to win a copy of Firsts!

One winner will receive a copy of Firsts.