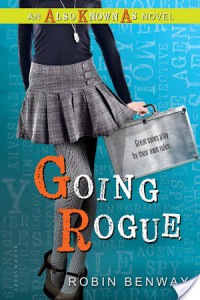 Having a permanent base in Manhattan has its pros and cons for 17-year-old safecracker Maggie Silver. On hiatus from her usual international spy missions, Maggie gets to spend more quality time with her former mark-turned-boyfriend Jesse Oliver and insanely cool best friend, Roux, which makes having to attend SAT prep class almost bearable.But when Maggie's parents are falsely accused of stealing precious gold coins, Maggie must use her safecracking skills to try and clear their names. Too bad her efforts only put her, and everyone she loves, in danger. The group flees to Paris, where they have to form a new team…and find a way to prove their innocence and reveal the guilty. 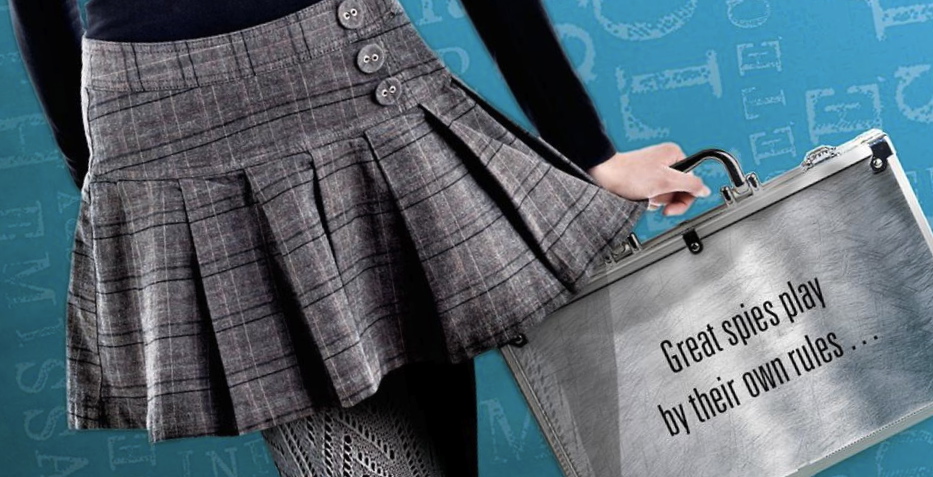 The Also Known As series by Robin Benway is so fresh and fun! Bring on more YA spy series like this I say! (OK I’ve only ever read two- this one and Ally Carter’s, but there’s room for more) Going Rogue is the sequel to last year’s AKA and brings readers an all-new international spy adventure. But now our heroine has to navigate friendship, family, and love as well as ducking would-be assassins.

For the uninitiated, the AKA series is about a teen safecracker named Maggie who is part of a family of spies. For the first time in her life, her family of wanderers is putting down roots in Manhattan so Maggie can finish high school as a regular girl. Maggie becomes best friends with Roux and snags a boyfriend named Jesse. But she still gets spy missions from family friend Angelo, and that is always something that makes her keep a little distance from her friends. She wants them to remain unaware and safe. But, there’s a new high stakes mission in Going Rogue– will Maggie’s worst fears come true?

Going Rogue picks up in the summer after the events of AKA, as Maggie, Roux and Jesse are trying to hang out and do normal friend/couple stuff. Roux worries that Maggie (her only friend) will be whisked away on another spy mission and so she’s teaching herself to be an indispensable part of the spy team. Wouldn’t you know the biggest case yet is dropped in Maggie’s lap? And this mission hits Maggie very close to home.

This series showcases the characters and the capers very well. Maggie is likable and relatable. She’s mature beyond her years since she’s treated as an equal in the spy ring, and the girl loves to crack a safe. Maggie’s sidekick Roux is endearing and funny and the scenes are always a little more fun when she’s around. Maggie’s minder/Giles type character Angelo is another standout character who’s always there for Maggie and her family. The romance is sweet, with Jesse crazy about Maggie but not knowing how to exactly be a spies’ boyfriend. (Who does?)

As always, Robin Benway’s writing is sharp and witty, and with the sequel she lets us get to know the characters and the spy world a little bit better.  I liked that some of the action moved to Paris in this installment, with scenes in the underground tunnels and the Louvre. Manhattan also comes to life through the pages, with scenes at coffee shops, bookstores, and The Cloisters. Once the spy action heated up it was hard to put this book down.

There are some tense action scenes in Going Rogue! In the end, there’s not really a cliffhanger, but the story does certainly leave room for a sequel. I for one hope there will be another book. I like reading about this misfit band of spies! 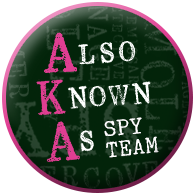 Going Rogue is on sale now from Bloomsbury. As a covert member of the spy team I thank the publisher for the review copy. 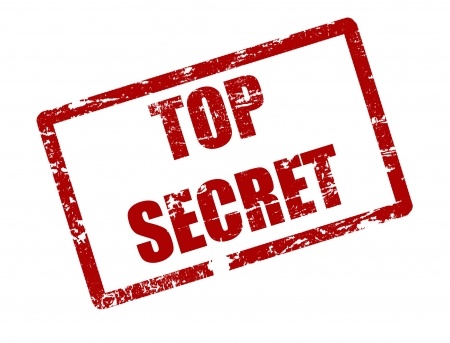 Congrats to Amy & Ronnie who won a set of the AKA books!