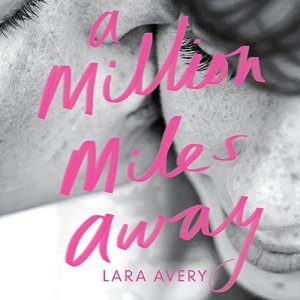 Twin sisters Kelsey and Michelle Maxfield look identical -- but they couldn't be more different. Kelsey is the captain of the dance team and loves her cute college boyfriend, Davis. Michelle is a free-spirited artist and flits from one guy to the next, the latest a soldier recently deployed to Afghanistan. Despite their differences, Kelsey and Michelle can't live without each other -- until, in an instant, everything changes.When Michelle dies in a car crash, Kelsey is left without her other half. As the only one who knows about her sister's boyfriend, Peter, Kelsey takes it upon herself to find him and tell him what happened to Michelle. But when she finally connects with Peter online, he thinks that Kelsey is Michelle and says that seeing her is the one thing keeping him alive. Caught up in the moment, Kelsey can't bear to break his heart with the truth, so she lets Peter believe that she is Michelle.Kelsey keeps up the act, pretending to be her sister, and soon she can't deny that she's falling, hard, for the one boy she shouldn't want.Lara Avery delivers a breathtaking story of love and loss that is guaranteed to sweep you off your feet.

A Million Miles Away is a heart-wrenching read about a girl dealing with an overwhelming loss. Kelsey is floundering after losing her twin sister Michelle in a car accident. When Kelsey tries to tell Michelle’s boyfriend Peter (a soldier deployed in Afghanistan) about Michelle, she instead convinces herself that it would be kinder given the circumstances to pose as Michelle. What could go wrong?

Losing a twin sister is an unimaginable loss and my heart went out to Kelsey. With the loss, it’s understandable that Kelsey would want to feel closer to her twin and take up some of her passions, like art history. Though they resembled each other physically, they were not that similar in their interests or personalities. Playing the girlfriend part to a soldier who is in the dark is taking this coping strategy too far, though this deception set-up does make for a good hook.

As Kelsey (as Michelle) and Peter get closer and Kelsey falls for him for real, it’s hard for the reader to “ship” them considering the lie. And Peter, of course, is the nicest guy in the world, making the lie that much worse. But there is a lot of emotion in this story that brings on the feels just the same.

This book makes you think about making the most of your time with your loved ones – appreciating their interests and nurturing connections. Kelsey is mostly on her own on this journey. She keeps her friends at arms length as she deals with the loss of her twin. And her parents are understandably grieving and preoccupied during this time. Kelsey does grow a lot as a character through this experience though her story is a bittersweet one. The ending is a little abrupt and predictable but satisfies.

I listened to the A Million Miles Away audiobook, read by Kara Bartell. Bartell does a decent job with the narration, conveying an appropriate tone for the story and making the characters sound distinct. I’d listen to this narrator again and especially think she’d be a good fit for Fiction or Mystery titles. I’d recommend listening to this one if audiobooks are your book format of choice anyway- it’s a straightforward story that would probably work just as well in print.

Listen to a sample:

2 thoughts on “Audiobook Review: A Million Miles Away by Lara Avery”