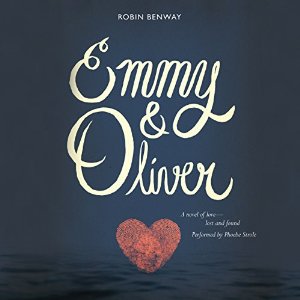 Emmy and Oliver were going to be best friends forever, or maybe even more, before their futures were ripped apart. In Emmy's soul, despite the space and time between them, their connection has never been severed. But is their story still written in the stars? Or are their hearts like the pieces of two different puzzles—impossible to fit together?
Emmy just wants to be in charge of her own life. . . . She wants to stay out late, surf her favorite beach—go anywhere without her parents' relentless worrying. But Emmy's parents can't seem to let her grow up—not since the day Oliver disappeared.
Oliver needs a moment to figure out his heart. . . . He'd thought, all these years, that his dad was the good guy. He never knew that it was his father who had kidnapped him and kept him on the run. Discovering it, and finding himself returned to his old hometown, all at once, has his heart racing, and his thoughts swirling.
Readers who love Sarah Dessen will devour these pages with hearts in throats as Emmy and Oliver struggle to face the messy, confusing consequences of Oliver's father's crime. Full of romance, coming-of-age emotion, and heartache, these two equally compelling characters create an unforgettable story.

Emmy & Oliver were childhood best friends, up until the time Oliver’s father kidnapped him. Now, ten year’s later, Oliver is back again, though he is a stranger in his hometown. Can Emmy & Oliver pick up where they left off?

The loss of Oliver had a huge impact on Emmy. Her parents went into over-protective mode, with early curfews, “dangerous” activities were forbidden (Emmy surfs on the sly) and even going away to college is out of reach. Oliver’s mother remarried and had twins, though never stopped searching for Oliver. Oliver is now under the glare of the media spotlight and having trouble reconciling the life he lived with his dad in New York City and the life he left behind in Southern California. Is it okay if he misses his dad, even though he’s supposedly the villain of this story?

Though the book is Emmy & Oliver, this is Emmy’s story. There is no Oliver POV (probably for the best since he is missing a lot of the pieces of the puzzle.) Though Emmy & Oliver were only 7 when the separation occurred, Oliver made a huge impact on Emmy’s life. She saved anything related to his case, and mementos she had from their friendship. When he returns, it’s like she’s whole again and he gives her the confidence to live the life she wants to live.

When Emmy & Oliver reunite they have a tentative friendship that turns romantic, something that’s an adjustment for Emmy’s friends and family. Oliver is also finding his place in a family that seems to have moved on without him.

The intriguing set up makes for a great story, as Emmy & Oliver have to find themselves as individuals after this traumatic event. The homecoming is bittersweet for Oliver, as he has to get to know his family and friends all over again. And classmates even taunt him with milk cartons- how mean is that?!

Emmy’s parents go off the deep end when Oliver is taken and they take it out on Emmy. She’s a great kid, but they don’t get to know who she really is since they are so protective of her. The girl has to hide her surfing talent and even her college applications!

I listened to the Emmy & Oliver audiobook. Phoebe Strole gives a sweet, understated reading that’s perfect for Emmy. This is a quiet story that makes for a nice listen. The audio experience doesn’t necessarily add anything in particular to the text though it’s pleasant to listen to. I sped up the narration to my liking and got through this just-under 9-hour audiobook in no time, eager to find out how the story ends.

Emmy & Oliver is a sweet coming-of-age book about friendship and family dynamics- another winning book from Robin Benway!