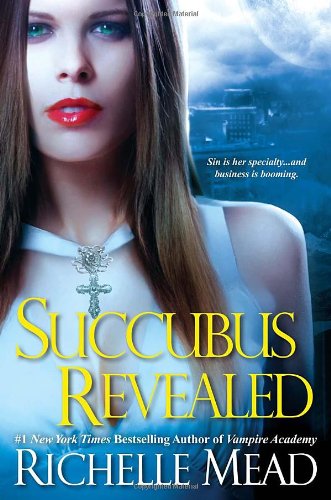 The final installment of the Georgina Kincaid series is an enjoyable and satisfying read. The ending was predictable, but I think it would be disappointing if it ended any other way. I was pleased that the main questions were resolved and felt a sense of closure with the end of Georgina’s story.

This time the story takes place at Christmas and our favorite succubus Georgina is working part-time as one of Santa’s elves at the mall. She and Seth are trying to make it work as a couple when she abruptly receives transfer instructions to move from Seattle to Las Vegas.  It’s a dream job but the timing couldn’t be worse for Seth, as he can’t leave his brother’s family due to his sister in law’s cancer. Her friends think the timing of the transfer and the specifics are suspicious and help her get to the bottom of it.

All of Georgina’s friends are back and there is a fondue party, secret Santa drawing, and Jerome even enlists the gang to win a bowling tournament against his rival. The Christmas setting makes a nice backdrop to the story, and you’ll never guess who plays Santa! I’ve enjoyed this group of friends throughout the books and their humor that counteracts the sadness in Georgina’s life. And where else can you find a demon like Jerome who chooses to appear as a John Cusack look alike? Her friends really come through for her when she needs them.

This book ties up the loose ends very well and balances the storylines of Georgina’s contract, relationship, and Seth’s family illness. Even if you are not a fan of Georgina’s romantic choice, there is some gratifying character insight and redemption to be found in her circle of friends. Roman and Carter are standouts in particular. The action is weighted more heavily to the back half of the novel, but I still enjoyed the lighter moments with her friends and family in the first half.

I will miss this series but I’m satisfied with how it turned out. Though most fans will have predicted this series conclusion, the ending feels true and in keeping with the other books. Like Mead’s Vampire Academy, this series is also a cut above the competition with its unique plot, characters and romance. I hope the author will write another adult series in the future.

One thought on “Succubus Revealed by Richelle Mead”