Today Movie Date Andrew has a book review to share with us! Andrew collects the 33 1/3 music book series, and is sharing his thoughts on two of the 86 titles. Take it away, Andrew!

Though most volumes in the music-related 33 1/3 series are non-fiction, the two presented here are fictional narratives. Since both titles feature protagonists in their teens, I figured these might be of interest to a young adult readership. Both take place in 1985 as two young men, one on each coast, struggle to understand life and to be understood. Both are trapped in oppressive institutions, with only their favorite albums (on cassette) to comfort and enlighten them.

Master of Reality by John Darnielle: 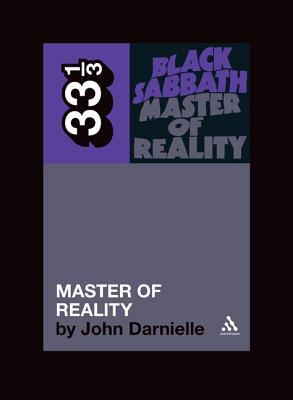 Out in Southern California, fifteen-year-old Roger Painter is profanity-spewingly furious. On a normal high-school day he’s been dragged by his father and admitted to a private psychiatric hospital, with little apparent cause. Being stripped of his personal belongings means Roger can’t get at his tape player or his favorite album, Black Sabbath’s Master of Reality from 1971.

As part of his therapy Roger is instructed to keep a journal, and these writings make up the first half of the novel. Knowing this diary will be read secretly by his case-worker Gary, Roger seizes the opportunity to discuss the merits of the Sabbath album at length. Roger is surprisingly matter-of-fact about the album: he knows it’s no sacred artifact, merely a rock record made by working-class English musicians, yet he scans the music and lyrics for deep significance all the same. After stealing his tapes back, he’s ejected from the private facility and transferred to a much worse, state-run institution as the first half abruptly ends.

In the second half, we pick up Roger a decade later, in much better shape: he’s a free man working in a restaurant kitchen. Discovering his old journal inspires him to write a series of letters to his old supervisor Gary. As he discovers the album’s secret message of hope—which actually could have helped him—a furious Roger concludes the book with exactly the same profanity that opened it. Though the book offers little no dialogue and few characters besides Roger and Gary, our narrator’s conversations with himself hold us fascinated throughout. 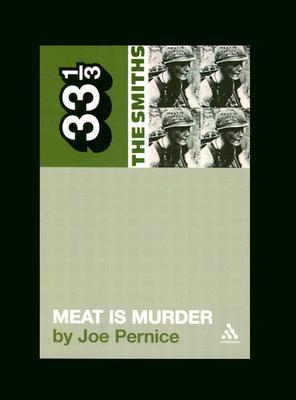 Meat is Murder by Joe Pernice:
Meanwhile, out in Boston, an unnamed narrator at a Catholic high school is struggling with more common teen issues: sex, teachers, part-time jobs. But his hormonally-charged school year is overshadowed by a strange tragedy: a suicide pact between four students, enacted via alcohol and automobile. Understandably, the young man seeks comfort from two likely sources: girls and rock ‘n’ roll.

Actually there’s really only one girl: his beautiful, sophisticated, and mysterious classmate Allison. Our hero is so smitten with the lass, he attempts smoking so he can hang out with her in the school’s tobacco zone. Thanks to his asthma, a violent coughing fit quashes the discussion. But Allison drops an Echo and the Bunnymen pin; the narrator pockets and later cherishes the badge as a reminder of her.

Our hero loves British new wave music but can’t afford to buy the albums. Instead he makes copies of a friend’s cassettes, including one labeled only SMITHS: MEAT. But his bootlegged copy doesn’t list any of the song titles. One day Allison quietly jots down the entire track listing on notebook paper and gives it to him, providing a second beloved fetish item.

Down with mono, Allison suddenly disappears from our hero’s world, forcing him to pursue other endeavors. He’s invited to play bass in a band with a fellow student who, suffering from cystic fibrosis, is expected to die soon. A long, slow Sunday bus ride to the boy’s home becomes a journey through the hero’s soul; though the story ends here abruptly, the protagonist finds resolution and seizes life like never before.

The books talk very little about the albums they feature, focusing instead on their heroes’ personal quests towards maturity and sanity. Meat is Murder is surprisingly witty and crammed with 80s nostalgia, while Master of Reality is more reflective in nature. Even if you’re not into Ozzy or Morrissey, you’ll find these to be spirited and unique coming-of-age stories about those years in life where music really does mean salvation.

If you want to check out the music referenced in these books, take a listen on Spotify. Apparently, Black Sabbath’s Master of Reality is not on Spotify, but The Smiths’ Meat is Murder is below:

One thought on “Music/Reading Date: Master of Reality / Meat is Murder Book Reviews”