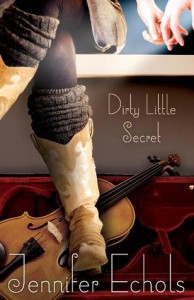 Also by this author: Love Story, Such a Rush, Biggest Flirts, Perfect Couple, Most Likely to Succeed

I was being given the chance to do the one thing I wanted most in the world. The chance was presented to me by a guy so gorgeous, he turned my skin to fire when he touched me. And joining a band was the one thing I was most forbidden to do, the thing that would ruin my future forever. Eighteen-year-old Bailey has issues—and not just that she’s lying to her grandfather about playing fiddle in a Nashville bar. There’s how her younger sister Julie’s recording contract makes her family terrified that Bailey will mess the deal up. And why Bailey is acting out. And the way everyone seems mad at her, even Julie. Bailey’s parents don’t want her playing gigs at all, but when they leave her with her grandfather so they can tour with Julie, she lands a job playing old country songs in cheesy costumes at a local mall. That’s where she meets Sam. . . . Sam doesn’t plan to spend his life playing backup at the mall for his alcoholic dad. He intends to take his high school garage band to the big time, and when he hears Bailey play, he knows she’s what he wants. Bailey isn’t sure where she stands with this boy who has a lust for music and life, and who may or may not have a lust for her. And yet, suddenly, her life is no longer about what might have been, and a whole lot about what could be. . . .

This book is so cute, y’all! Jennifer Echols is back with a new summer contemporary romance, and this one has a country western flavor. I’m a big fan of the TV series Nashville, as well as music-themed YA, so I was excited to see what Echols would do with a country music theme. In the book, the main character compares her relationship woes to a country song and that’s a pretty fair description of Dirty Little Secret. There’s lots of drama, music, and heart in this one. My favorite Echols book is still Such a Rush, but all the same Dirty Little Secret put a smile on my face.

In Dirty Little Secret, Bailey is a talented fiddle player, and one half of a sister duo. That pairing goes up in smoke when Bailey’s sister Julie gets her own record deal, and that’s seemingly it for Bailey’s career. She goes to live with her grandfather in Nashville, and plays fiddle at the mall in tribute bands featuring Elvis, Dolly Parton, and Johnny Cash. That’s where she meets Sam, and dares to hope for another chance to make it in the country music circuit.

The music scenes and Nashville setting made the book a standout for me. Bailey lives and breathes music and puts her all into writing songs, performing on stage, and even working at the mall in her Dolly Parton band getup. Bailey has perfect pitch and I thought it was so interesting how it was a blessing but a curse for her. It really bothers her when musicians are off-key!

Sam the love interest is quite the charmer, even though you’re never really sure if you can trust him. He’s so ambitious I couldn’t tell if his motives were true.

He was the devil in disguise, the handsome but low-down, no-good sneaky guy from a thousand country songstresses’ revenge plots.

If you are familiar with the show Nashville, Sam is kind of a cross between Avery and Gunnar. His scenes with Bailey crackle with chemistry, and Echols does write fantastic kissing scenes for them.

The drama with Bailey’s parents, sister, and the record label, was a little far-fetched for me. I couldn’t understand why Bailey couldn’t do her own thing with music, and why her parents couldn’t support both of the sisters in their musical aspirations.

I’d pick up Dirty Little Secret for the great Nashville music vibe and the romance. There are also some great colorful characters, and dramatic tension to keep you turning pages. It left me hankering for more country music themed books.

Mailbox Monday #47
Waiting on Wednesday- Pandemonium by Lauren Oliver
Literary Agent Round Table: A New Look at New Adult
Top Ten New-To-Me Authors I Read In 2013
Something Strange and Deadly Read Along: Wrap up

Such a Rush by Jennifer Echols Book Review and Giveaway
Reckless by S.C. Stephens Audiobook Review 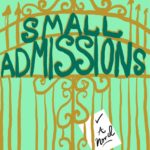