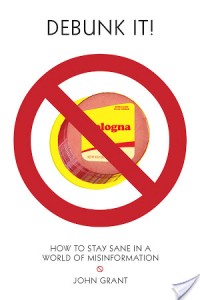 We live in an era of misinformation, much of it spread by authority figures, including politicians, religious leaders, broadcasters, and, of course, apps and websites. With so much bogus information coming from so many sources, how can anyone be expected to discover the truth?In Debunk It, author John Grant uses modern, ripped-from-the-headlines examples to clearly explain how to identify bad evidence and poor arguments. He provides a roundup of the rhetorical tricks people use when attempting to pull the wool over our eyes, and even offers advice about how to take these unscrupulous pundits down. So if you’re tired of hearing blowhards spouting off about climate change, history, evolution, medicine, and more, this is the book for you. Debunk It is the ultimate guide for young readers seeking a firmer footing in a world that’s full of holes.

Debunk It! by John Grant is a book designed to help teens develop critical thinking skills so they can find the truth in the sea of misinformation. We all know people who blindly share misinformation on social media, and they don’t do it maliciously they just don’t have their critical thinking caps on. Debunk It! is a book that encourages teens to question the headlines that the so-called experts spout as fact.

In this timely book, John Grant gives you a checklist to “Build your own Bullshitometer” so you can decipher fact from fiction. Though this book is aimed at teens, I think a lot of us can use this advice in our daily lives.

One recent event I thought about when I was reading this was John Green’s recent admission that a popular quote attributed to him (from Paper Towns) wasn’t in fact his writing. Even Green assumed the quote was from his book since it was so widely sourced on the Internet, but a search in a digital copy proved it wasn’t. I’m sure this happens all the time with book quotes, and I know I’ll add another level of checking before I post a quote.

Some of the topics that John Grant talks about in terms of misinformation are antivaxers, conspiracy theories, climate change, and the end of the world. This is an interesting reference book for teens on a wide range of subjects, and the tone is conversational and easy to process. With so much misinformation out there, this guide helps teens to question sources and recognize bias. 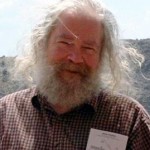 John Grant is the author of about seventy books, including Discarded Science: Ideas that Seemed Good at the Time…, Corrupted Science: Fraud Ideology and Politics in Science, and Denying Science: Conspiracy Theories, Media Distortions, and the War Against Reality. He was inspired to write Debunk It!, because of a teenager named Franklin, who came to one of his public talks on how people misunderstand science. Franklin commented that, “What we kids need is a sort of guide to bullshit,” and the idea for Debunk It! took root from that encounter. For a number of years he ran the world-famous fantasy art book publisher Paper Tiger. Also a fantasy / science fiction writer, he has won the Hugo Award (twice), the World Fantasy Award, and other international literary awards. Grant lives in northern New Jersey.

Debunk It! is on sale this week. Follow along with the Zest Books Rockin’ Blog Tour to learn about more books that encourage freethinking. Rock on! 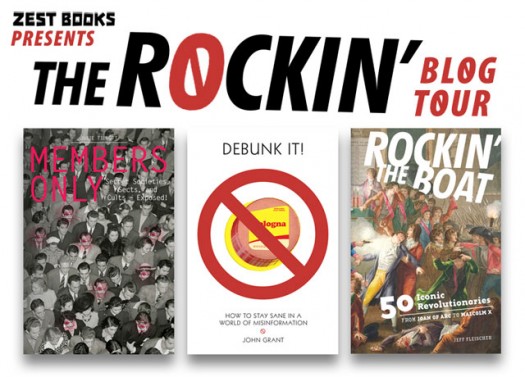 Book Review: Gabi, A Girl in Pieces by Isabel Quintero
If I Stay and Where She Went by Gayle Forman Audiobook Reviews

5 thoughts on “Blog Tour: Debunk It! by John Grant”